The woman said she fell asleep on the couch and suddenly woke up to a loud noise and a car in the living. It crashed just inches from where she was sleeping 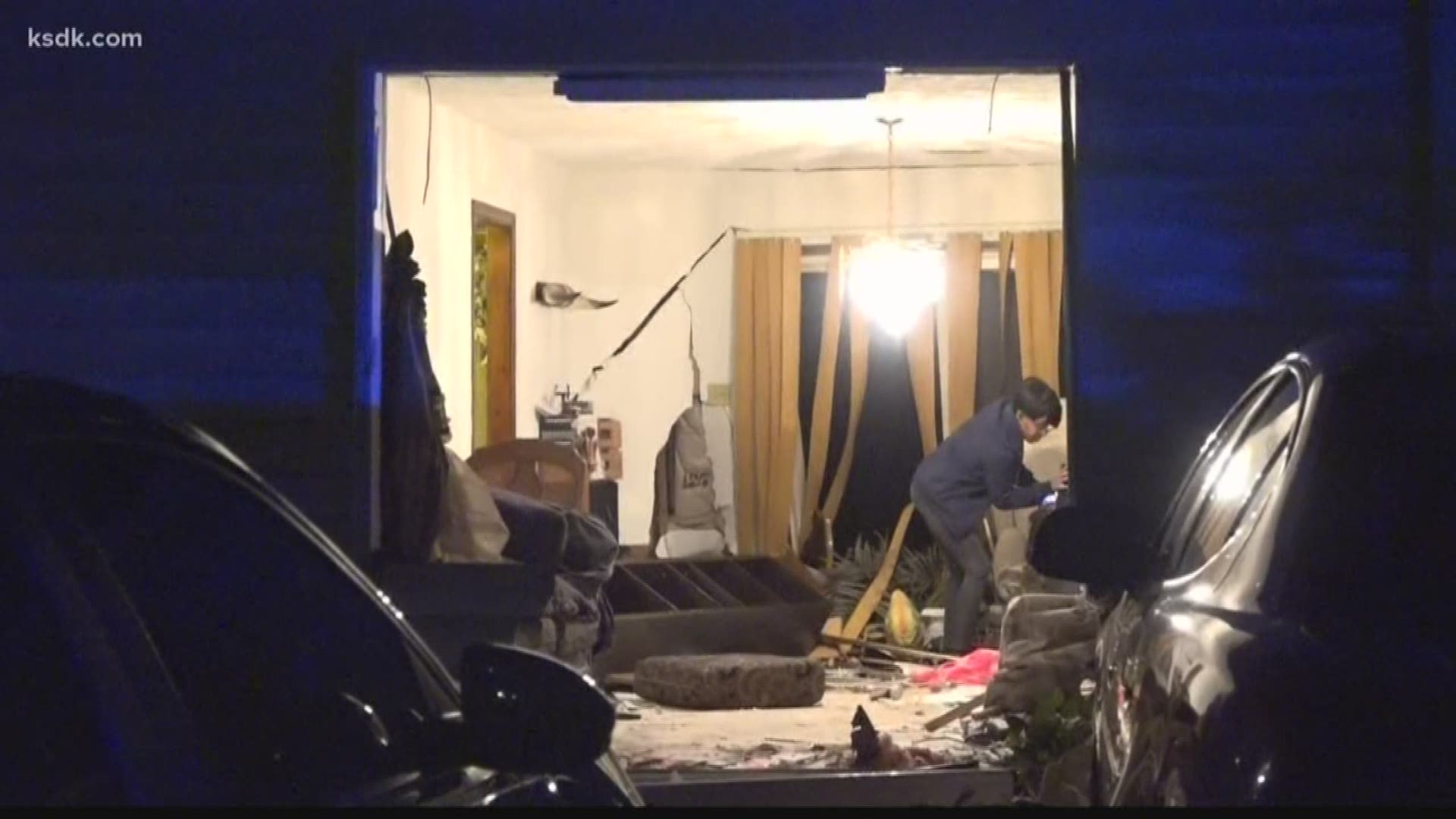 CAHOKIA, Ill. — A man and woman in Cahokia are thankful to be alive after a car drove into their living room, crashing just inches from where the woman was sleeping on a couch.

It happened at a home in the 800 block of St. William Drive early Monday morning.

The couple told 5 On Your Side they were watching TV in the living room. The man went to bed, while the woman fell asleep on the couch.

Suddenly, she heard a loud crash, looked up and saw a car in the living room.

“Oh my God! I couldn’t believe it. That wasn’t nothing but God because it could’ve ended tragic,” Denise Shavers told 5 On Your Side in her living room.

The couple said there was a woman and a child, who was maybe 7 or 8 years old, inside the vehicle. They said they tried to get the woman to stop to get help, but she ignored them.

“I kept telling the lady, ‘Hold on now, hold on, just wait a minute,’ but she didn’t listen she just kept going backwards and forth,” Von Phillips recalled.

They said she drove back and forth in the living room several times, eventually throwing it into reverse and backing into one of their cars. They said the woman pushed their car into the street so she could get away. And as soon as it happened, the car was gone.

“It happened so fast,” Shavers said.

The couple living in the home weren’t hurt. They told 5 On Your Side they are mostly concerned with the woman and child and hoping they are alright.

Now, they have a hole in their wall, a path of debris and a mess to deal with.

5 On Your Side has reached out to the Cahokia Police Department and Illinois State Police. They have not released anything official at this time.