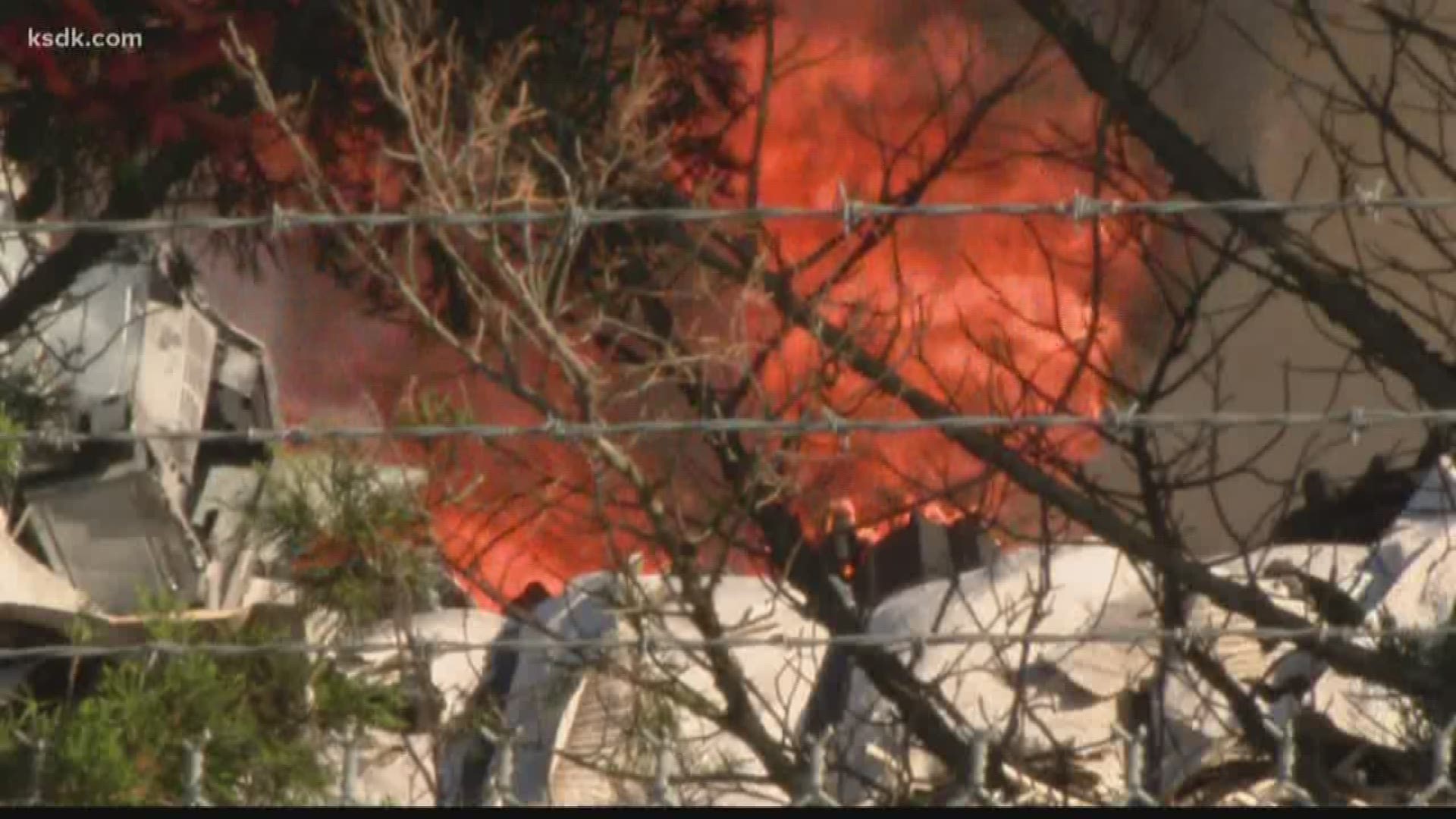 GRANITE CITY, Ill. — Firefighters worked throughout the night to put out a fire at TOTALL Metal Recycling in Granite City.

Granite City's assistant fire chief said a 25-foot-tall stack of computers caught fire Tuesday afternoon at around 4. Investigators said they don’t know the official cause yet.

Witnesses said they heard small explosions and saw ash pour from the sky.

“There was points I actually seen the flames up to the power lines, like almost tree-level, so I've seen house fires before, but I've never seen a fire on this scale,” witness Christian Denton said.

As of 9 p.m., the fire was contained but still burning. The effort included 60 firefighters from three counties.

A spokesperson for TOTALL Metal Recycling released the following statement to 5 On Your Side on Friday:

“Totall Metal Recycling resumed normal operations on Wednesday morning, August 7 after a fire on Tuesday afternoon, August 6.  The fire occurred in a scrap pile of electronic equipment with no hazardous components. All focus materials had been removed. The fire was quickly contained and extinguished without incident. There were no injuries and no damage. We also have found nothing to indicate any lithium batteries were involved. We thank local fire personnel who responded and extinguished the fire so quickly, and our employees for reacting promptly to the situation on our property.”

In 2014, an explosion at the same plant killed two people and injured another.