Captain Jacob L. Ringering was killed in the line of duty on March 5. 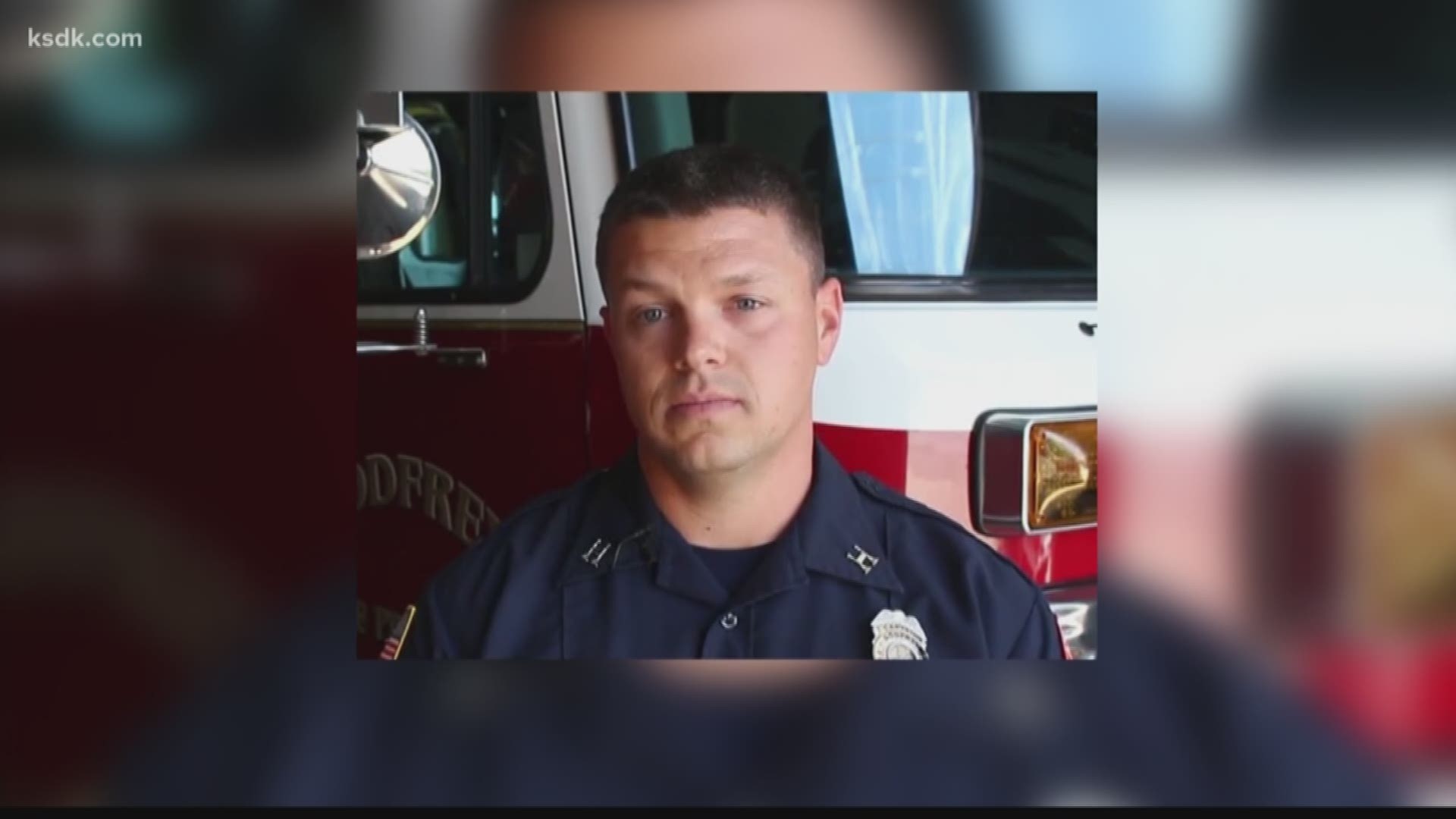 SPRINGFIELD, Ill. — Governor JB Pritzker has declared that all flags in Illinois should be flown at half-staff starting at sunrise Sunday until sunset Tuesday in honor of fallen firefighter Captain Jacob L. Ringering of the Godfrey Fire Protection District.

Captain Jake Ringering was killed while battling a house fire in Bethalto. He was the department’s technical rescue officer with several years of experience and was also a teacher at Lewis and Clark Community College.

Funeral arrangements and the funeral procession route have been announced for the Godfrey firefighter killed in the line of duty on March 5.

After the funeral, he will be taken from the church to Valhalla Memorial Park on the following route:

You can see a map of the route on the Godfrey Fire Protection District Facebook page.

RELATED: How you can help the family of the firefighter killed in the line of duty

RELATED: ‘Jake was gold, people wanted to be like Jake’ | Godfrey Fire Chief emotional as he talks about firefighter killed in line of duty