Did diners in Illinois catch a mountain lion on camera? 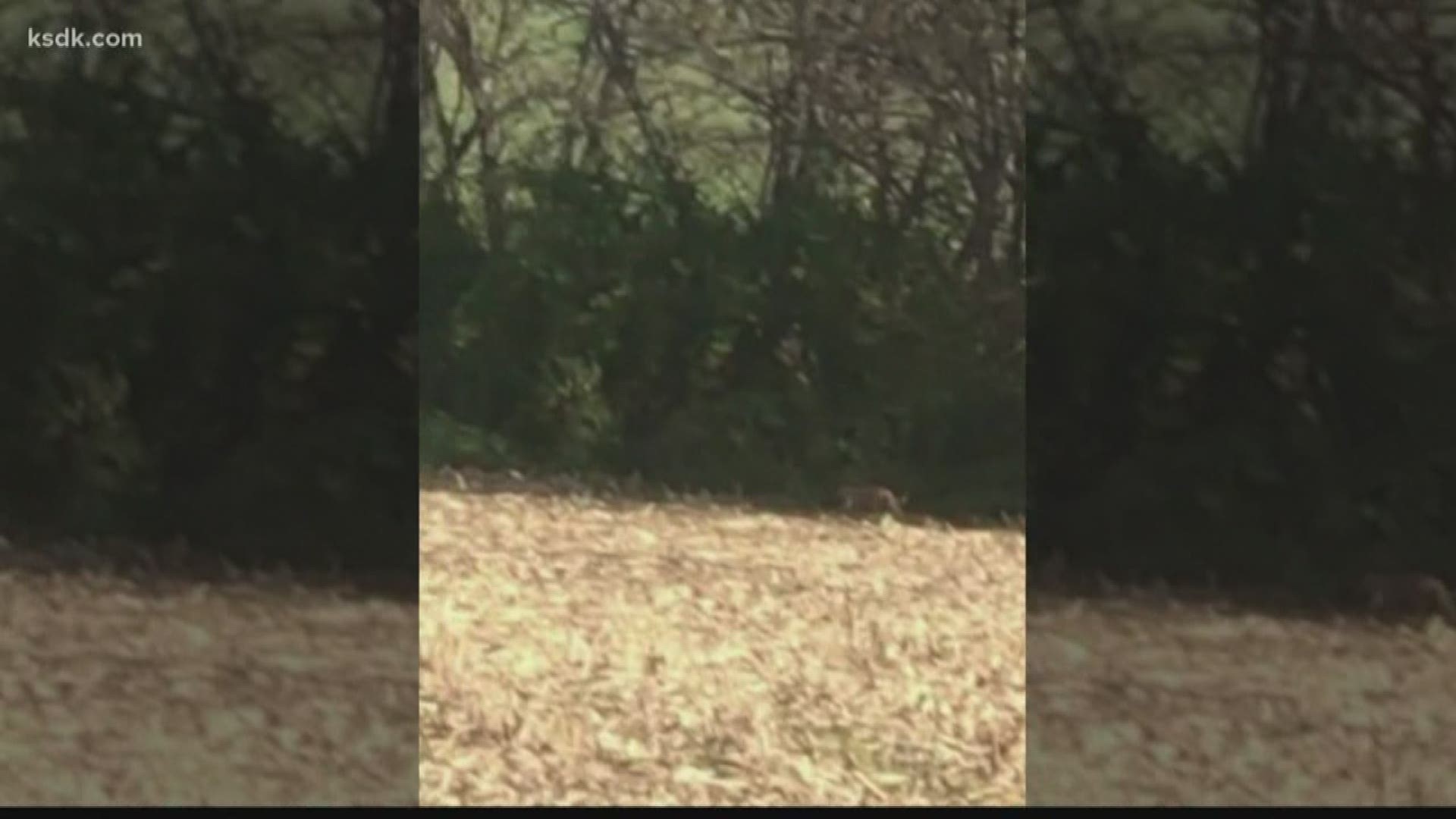 HECKER, Ill. — Word gets around in a small town like Hecker, Illinois.

"I've heard rumors about them all my life," Hecker native and Wine and Dine Kitchen Manager Alec Tribout told 5 On Your Side. "Southern Illinois is supposedly spooked by them, but who knows."

Well, on Saturday Nov. 9, 5 On Your Side's own social discovery manager Jeanie Smith caught what looked like a big cat on video.

"Oh my God, there's a mountain lion in Hecker!" Smith proclaimed in the video.

Shortly after the sighting, a crowd gathered in the parking lot of Hecker's Wine and Dine restaurant.

"We walked over to the edge of the gravel and once we got over there, we could see over the little horizon there, and there was a pretty big cat," Tribout recalled.

He said it was an exciting sight, but he's not concerned.

"I wouldn't say I worry about it. But it's just kind of a fact of life they're out there," he said.

Frederick Miller was watching the big feline with his family close by.

"I worry about the little ones. I would be concerned with the dogs and the cats and especially the children," Miller said.

5 On Your Side reached out to the Illinois Department of Natural Resources for confirmation of the sighting. We are awaiting their reply. Illinois is known to have a limited mountain lion population.

On the other side of the river, Missouri Department of Conservation officers were busy dissuading people about their supposed lion sighting.

Look at their post on Facebook, showing how they determine if people are seeing a mountain lion or perhaps just a ferocious looking house cat.