Immigrant illegally living in US finds sanctuary in Maplewood church

Garcia was born in Honduras and fled violence and poverty in that country more than a decade ago. He is now taking sanctuary at Christ Church UCC in Maplewood. 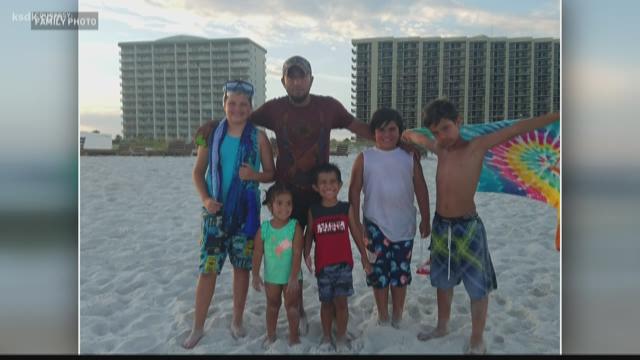 MAPLEWOOD, Mo - A local church is protecting a man who wants to stay in the United States with his family.

Christ Church United Church of Christ in Maplewood is providing temporary sanctuary to Rene “Alex” Garcia Maldonado. Maldonado, who goes by Alex Garcia, is in the U.S. illegally and asking immigration authorities for a stay of removal to avoid deportation.

Garcia was born in Honduras and fled violence and poverty in that country more than a decade ago, his attorney Nicole Cortes said. Garcia eventually settled in Poplar Bluff, Missouri, where he is now married and a father of five children.

“My hope would be that we see Alex as our neighbor and our friend,” said Cortes, a co-director of the Migrant and Immigrant Community Action (MICA) Project. “I think he is a prime example of what an amazing impact he’s made in his community and the community has responded accordingly.”

Garcia first tried to enter the U.S. in 2000, but was caught and removed by immigration officials. His second attempt to cross the border without documentation was successful. Years later, in 2015, Garcia’s attorney said he escorted his sister to an Immigration and Customs Enforcement (ICE) meeting, where he was detained by immigration officials. Since then, he has been granted two stays of removal — a temporary way to postpone deportation — by the government. When applying for a third stay this year, Garcia was denied in late August.

Garcia’s wife and the five children and step-children they share are all U.S. citizens. He applied again for another stay of removal, and is waiting for the government’s decision. Without any other legal options to remain in the U.S., he recently sought another option.

“I think it’s very hard to be so far away from his family,” Cortes said. “He has a really strong relationship with his kids and with his wife, and I think that it's taking its toll. But again, I think they’ve decided to do whatever it takes to keep their family together.”

ICE confirmed Garcia was denied the stay of removal several weeks ago, but would not elaborate on why the decision was made. A spokesman for ICE said Garcia does have a criminal record — pointing to his first removal from the U.S., his illegal entry a second time, and a DUI from a decade ago.

ICE won’t enter the church to arrest Garcia due to the agency’s policy. A spokesman said ICE doesn’t execute removals in sensitive places like schools, hospitals or places of worship.

Long before Garcia moved in, Christ Church UCC was interested in helping immigrants. Reverend Rebecca Turner, the pastor, said the congregation is very social justice driven, and they reached out to immigration advocacy groups like the St. Louis Inter-Faith Committee on Latin America earlier this year.

“We very much said, ‘Here we are. What can we do? We’re concerned,’” Turner explained. They started building relationships within the immigrant community and eventually, it led to hosting Garcia.

“It has been a delight to get to know Alex. He has been such a warm and kind person,” Turner said. “He is a deeply good human being and he is a father that loves his children so much. He is a man who loves his wife.”

Christ Church UCC joins other churches around the country offering a network of sanctuary for people facing deportation.