Thursday afternoon, the highway patrol identified the victim as Katrina Tutor. She was 37 years old 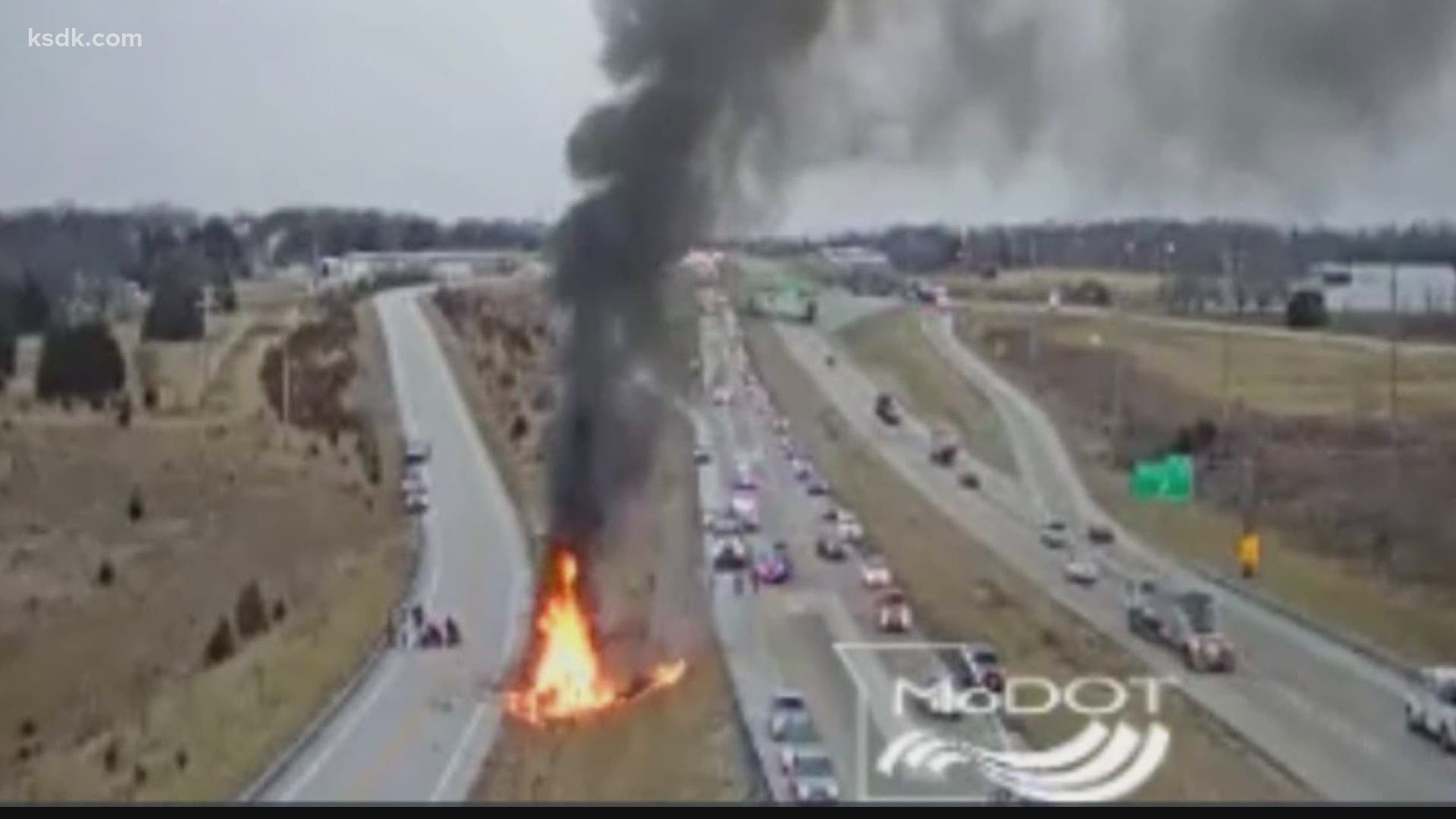 The crash was reported at about 8 a.m. near Prospect Road in the Lake St. Louis area.

The Missouri State Highway Patrol reported a 2004 Ford Expedition went from the left lane and crossed over two lanes and then off the right side of the road. The SUV hit a concrete block, rolled over and caught on fire. Traffic cameras from MoDOT showed large flames coming out of the vehicle, which came to a stop in a grassy median between the interstate and outer road.

Thursday afternoon, the highway patrol identified the victim as Katrina Tutor. She was 37 years old.

No other vehicles were involved and no one else was injured, the patrol said. No other details about the circumstances of the crash were released.

All eastbound I-64 lanes were blocked for about two hours while emergency crews investigated and got the scene under control. The interstate reopened at about 10 a.m.

Very scary situation in Lake St Louis with this rollover crash. Lake St Louis Police are advising drivers to avoid the area. Fire crews working to extinguish this fire while CPR is reportedly being performed on patient on ground. @ksdknews #stltraffic pic.twitter.com/gvCFk6Wy1h