“It’s been a long five years and I wish nobody had to go through that, but good for the parties that got it to the Supreme Court," said Lt. Keith Wildhaber 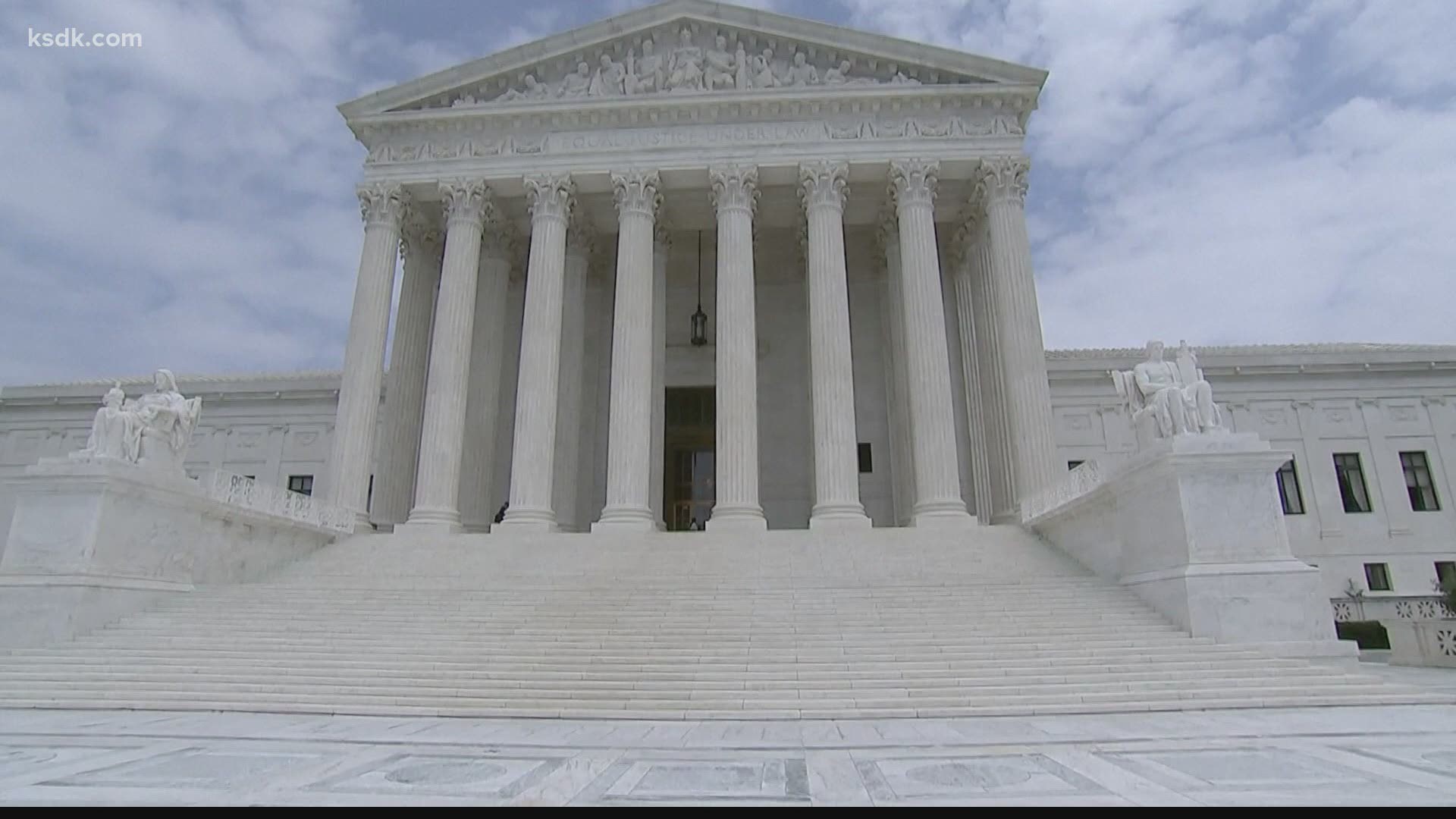 ST. LOUIS COUNTY, Mo. — When then-St. Louis County Sgt. Keith Wildhaber wanted to file a lawsuit against those in his department he believed were discriminating against him because he is gay, his options were limited.

He said most attorneys didn’t want to take his case, knowing that Missouri was a state where that kind of discrimination is legal.

Fast forward to October 2019, and Wildhaber and his attorneys, Russ Riggan and Sam Moore, won a $20 million jury verdict against St. Louis County by using a different part of Missouri law.

But on Monday, the options for Wildhaber and other gay or transgendered people who believe they are victims of discrimination based on their sexual orientation became a lot broader.

The Supreme Court ruled that the Civil Rights Act of 1964 known as Title VII prohibits discrimination based on sexual orientation – a ruling that caught Wildhaber by surprise, given the high court’s conservative makeup, he said.

“I was a little concerned with the current makeup of the Supreme Court, it’s very right leaning as of late, but going through that five-day trial, and seeing the very diverse jury that we had issue their verdict gave me a lot of faith in humanity and the fact that the public perception has changed and public opinion has changed. I felt like we were on the right side of history,” he said. “It would have been very disappointing if the Supreme Court would have gone the other way, but we’re not having that conversation today.”

Justice Neil Gorsuch wrote the opinion, which read, in part, “An employer who fires an individual for being homosexual or transgender fires that person for traits or actions it would not have questioned in members of a different sex. Sex plays a necessary and undisguisable role in the decision, exactly what Title VII forbids.”

Wildhaber’s attorney said the ruling gives cases like his a “clearer path to victory in federal court.”

“Given that we started working on the Wildhaber case in April 2016, that was over four years ago at a time when the law was a lot less developed in this area, I felt like we were blazing a trail,” Riggan said. “At that point, we believed very strongly in the case.

“Keith’s rights were violated, but the law was not as clear then as it has become.”

Riggan and Moore argued that Wildhaber was the victim of discrimination based on gender stereotyping. In February 2019, the Missouri Supreme Court ruled sexual orientation is not a protected category, but stereotyping on the basis of gender is a recognized claim, Riggan said.

The Missouri legislature failed to ban discrimination based on sexual orientation this past session, which was part of the Missouri Nondiscrimination Act, or MONA, but it did pass a law capping punitive damages awarded in lawsuits in 2017, Riggan noted.

“If we tried the Wildhaber case right now, it would be very different in terms of damages,” he said. “The jury might have given us a lot of money, but the court would have cut it down.

Ultimately, Wildhaber settled with the county for about $10.25 million.

“It’s been a long five years and I wish nobody had to go through that, but good for the parties that got it to the Supreme Court.”

He’s now a lieutenant and leads the department’s first-ever Diversity and Inclusion Unit.

He said he believes the department has already made strides when it comes to improving its culture. He said more than 60 people signed up to be part of a committee formed to identify diversity issues that need attention.

And that he’s had lengthy conversations with the newly-appointed chief, Mary Barton.

“It’s pretty neat to be building something from the ground up,” he said. “All of the failures will be mine, hopefully the successes also.”