The protest from local activists is just one of many protests happening across the country in the wake of the death George Floyd. 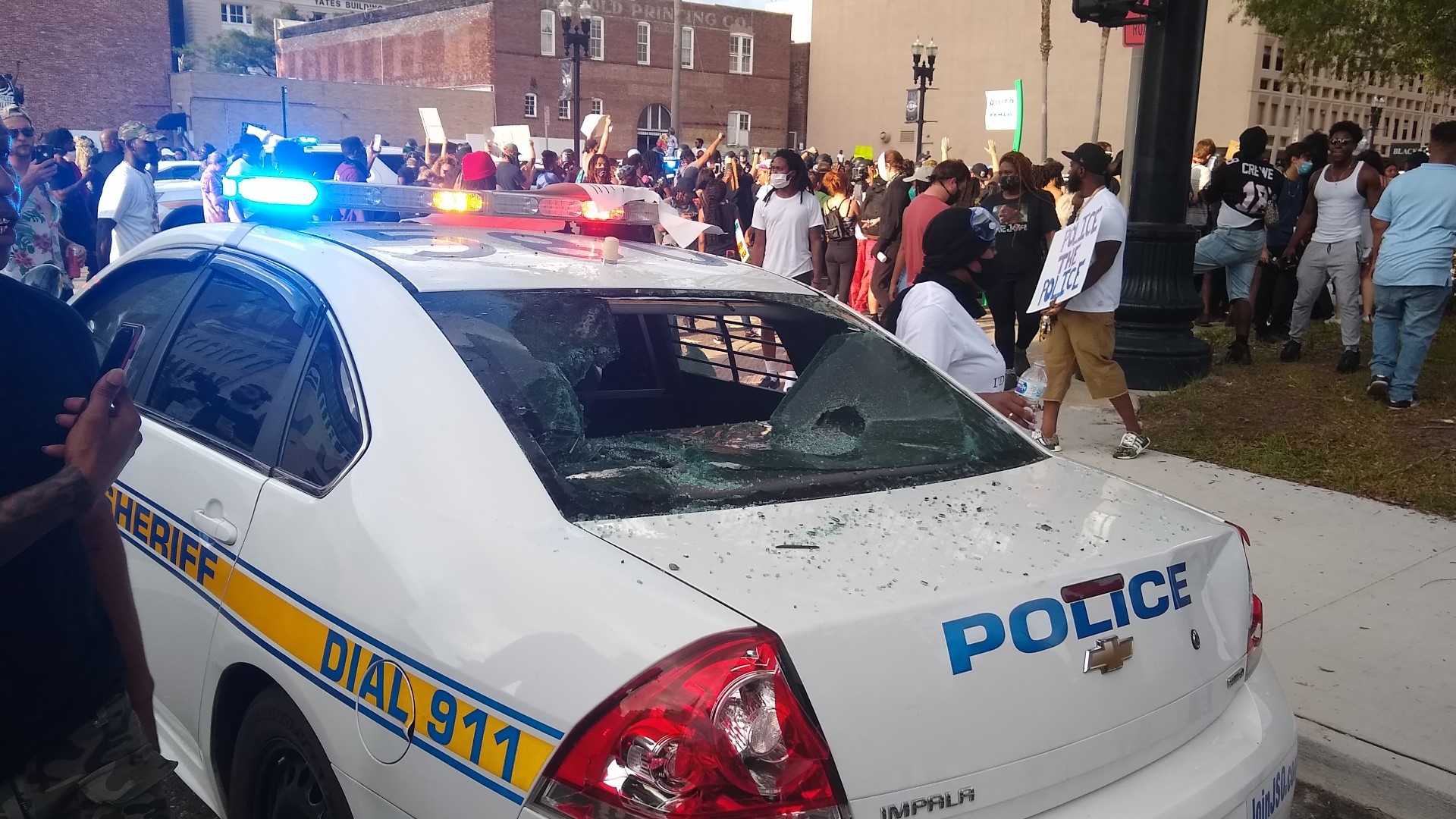 JACKSONVILLE, Fla — Jacksonville Sheriff Mike Williams said a protester stabbed one of his officers in the neck and "many people have been arrested" during protests downtown Saturday. Authorities warned the public to stay away from the downtown area as the protest against police brutality escalated.

The protest is just one of many happening across the country in the wake of the death George Floyd, who died after a Minneapolis police officer knelt on Floyd's neck. Floyd's death, as well as the death Ahmaud Arbery in Brunswick, Ga. and the death of Breonna Taylor in Louisville, Kentucky, have sparked concern over racial injustice in the U.S.

"[Police] were advancing, moving us down toward the Maxwell House. They made is go left toward Ocean," one protester told First Coast News. "We formed a line and everyone sat. We were peacefully protesting. I think the worst thing I saw was a water bottle -- couple water bottles -- get chucked, but water bottles and tear gas are not the same thing. They were shooting tear gas at us for sitting down. They arrested a girl that was sitting down."

Video submitted from a First Coast News viewer shows one protester destroying a JSO vehicle followed by tear gas being deployed. First Coast News reporter Ken Amaro was also on the scene downtown where he captured video of shattered glass and damage done to the Duval County Supervisor of Elections Office.

Jacksonville Mayor Lenny Curry praised those peacefully protesting but admonished those who he says are causing damage or attacking first responders.

Stay with First Coast News for more updates on this developing story. 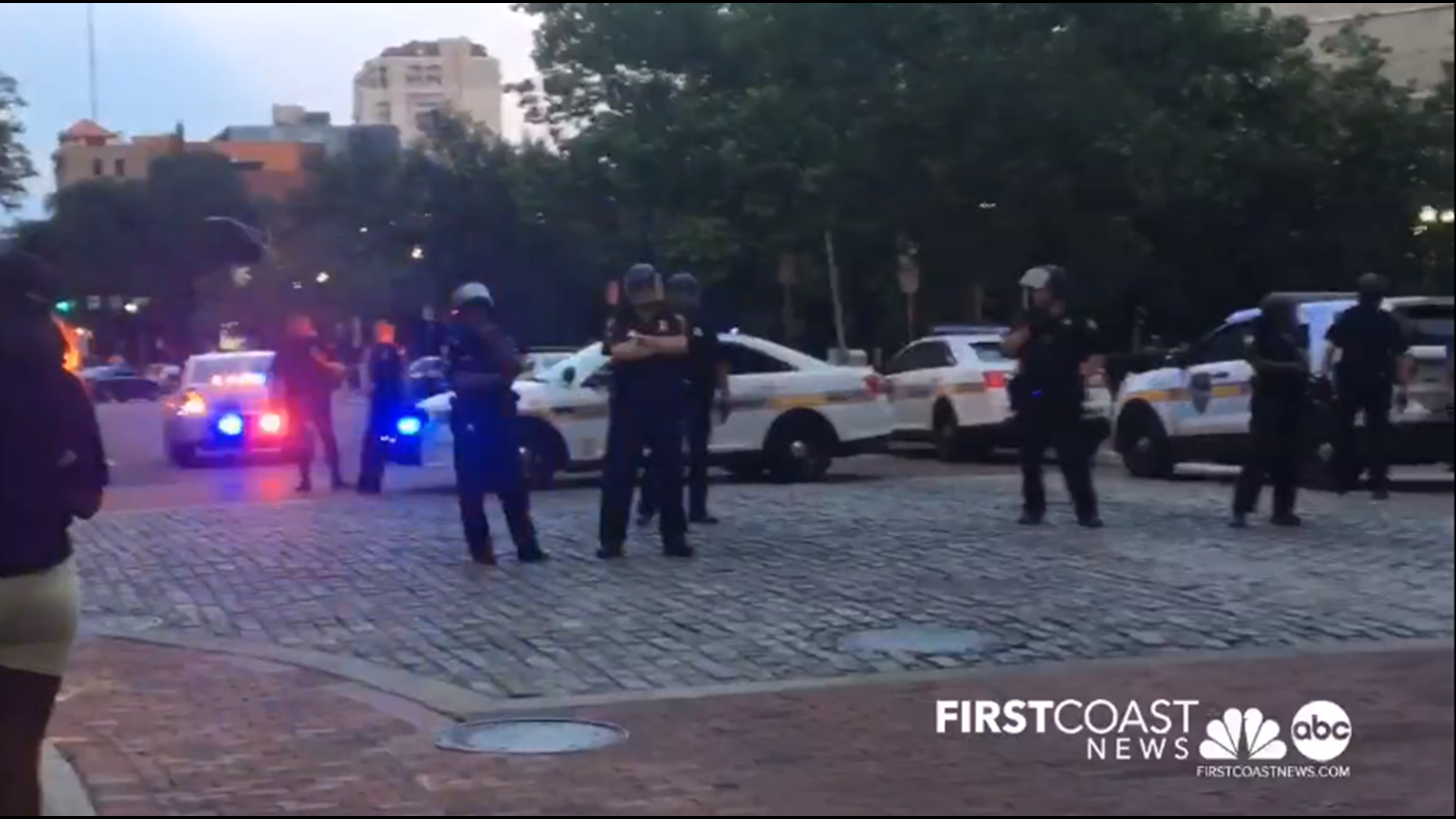 RELATED: US Park police, protesters face off near White House