‘Jake was gold, people wanted to be like Jake’ | Godfrey Fire Chief emotional as he talks about firefighter killed in line of duty

Support has been pouring in from across the bi-state area for a firefighter who was killed while battling a house fire in Bethalto, Illinois. 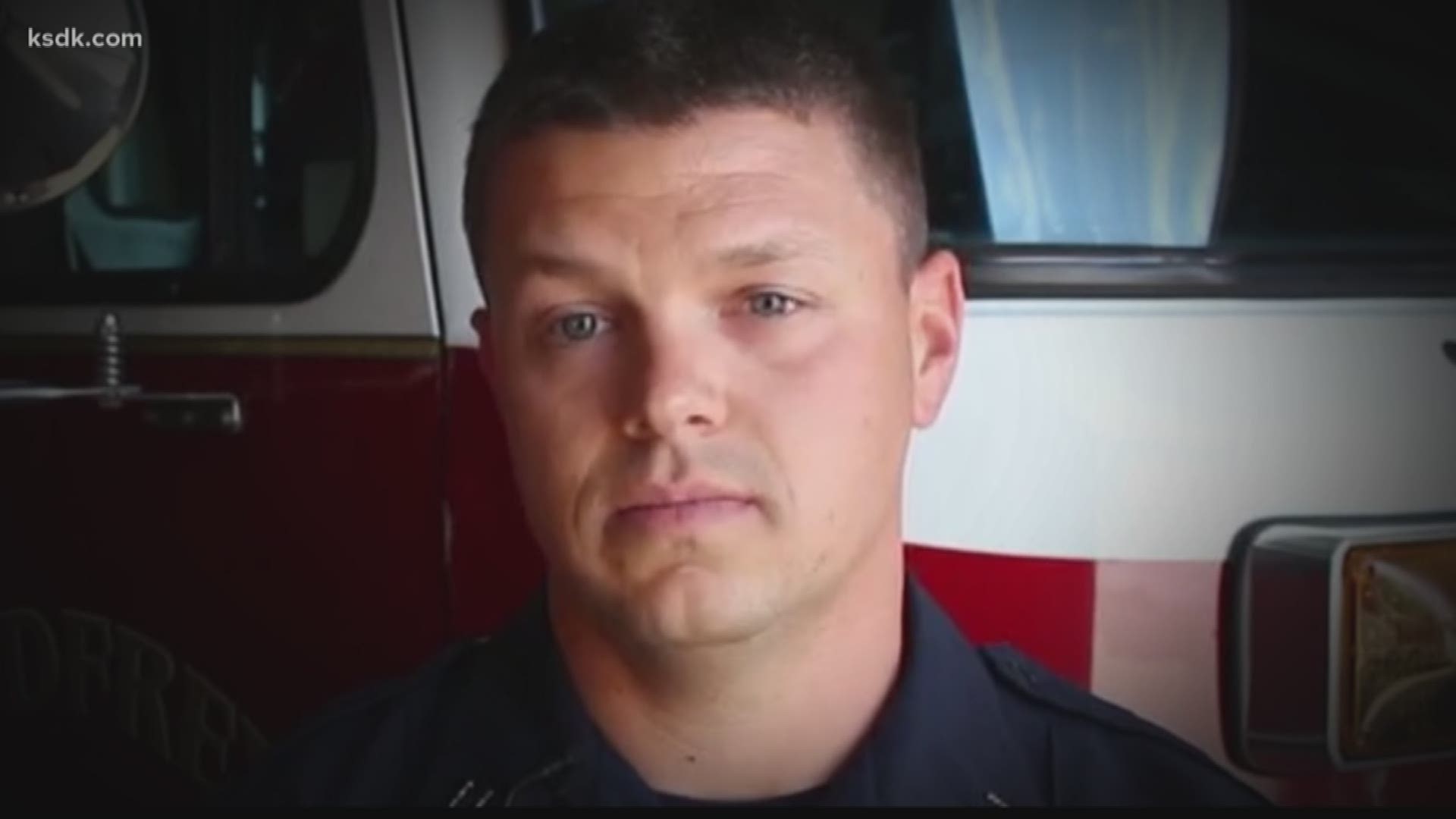 BETHALTO, Ill. – Support has been pouring in for the firefighter killed while battling a house fire in Bethalto Tuesday afternoon.

Captain Jacob ‘Jake’ Ringering was seriously injured when part of the house collapsed. He was rushed to the hospital where he died from his injuries.

Captain Ringering was the department’s technical rescue officer with several years of experience and was also a teacher at Lewis and Clark Community College, according to the Godfrey Fire Protection District’s website.

Godfrey Fire Chief Erik Kambarian was emotional while he talked about Ringering at a press conference Wednesday afternoon.

He was married with three young children. Funeral arrangements have not been announced.

The Bethalto Police Department and Civic Memorial High School will be collecting money for Ringering's family starting Thursday. In a post on Facebook, the Bethalto Police Department said the police department and school will have kettles set up to collect the donations. Checks should be made out to MM4PD and Jake Ringering should be written on the memo line.

The cause of the fire is still under investigation.

On March 5, 2019, numerous fire departments responded to our residence on Culp Rd. due to our house being on fire. We had returned home to discover the house was filled with smoke. While calling 911, we attempted to get in and rescue our pets. Upon the arrival of the fire departments, they did everything they could humanly due to save our home and our pets but unfortunately the fire was too advanced.

We lost everything we owned in that home, but most of those items can be replaced. But unfortunately the life of a firefighter was lost and more injured while fighting the fire. Captain Jake Ringering with the Godfrey Fire Protection District lost his life while attempting to help people that he did not know.

The BackStoppers said it will aid the family of Ringering. The BackStoppers provides money for emergency expenses and later arranges to pay off all debt, including mortgages. The BackStoppers’ commitment to a family is on-going; assistance is provided for medical insurance, educational costs and other needs families may have.

“A hero lost his life yesterday while helping those in need,” said Chief Ron Battelle, executive director of The BackStoppers. “Our sympathies go out to his family and we want them to know we’ll be there to support them as they cope with this tragedy now and for years to come.”

Statement from the Joe Silkwood, Mayor of East Alton

My sincere condolences to the family of Jake Ringering. Jake was born and raised in East Alton and East Alton has always been proud of him. On behalf of the Board of Trustees and all the of the citizens of the Village of East Alton we send our sincerest sympathy to his family and his firefighter family including Godfrey, East Alton and all the Firefighters that Jake considered his brothers. Please keep all of our first responders in your prayers.

‘Sending our heartfelt condolences to our firefighter brothers & sisters on the other side of the river. To the Godfrey Fire Dept. & family of Captain Ringering, we are here and stand ready to serve when you need us. #neverforgotten #lodd’ The St. Louis County Police Department said on Twitter.

Tonight, we join the Godfrey Fire Protection District in mourning the loss of Fire Captain Jacob “Jake” Ringering. Our deepest condolences to his family and friends. #LODD