Schmitz's funeral will be held on Thursday, with a procession from St. Charles County to Jefferson Barracks National Cemetery in south St. Louis County 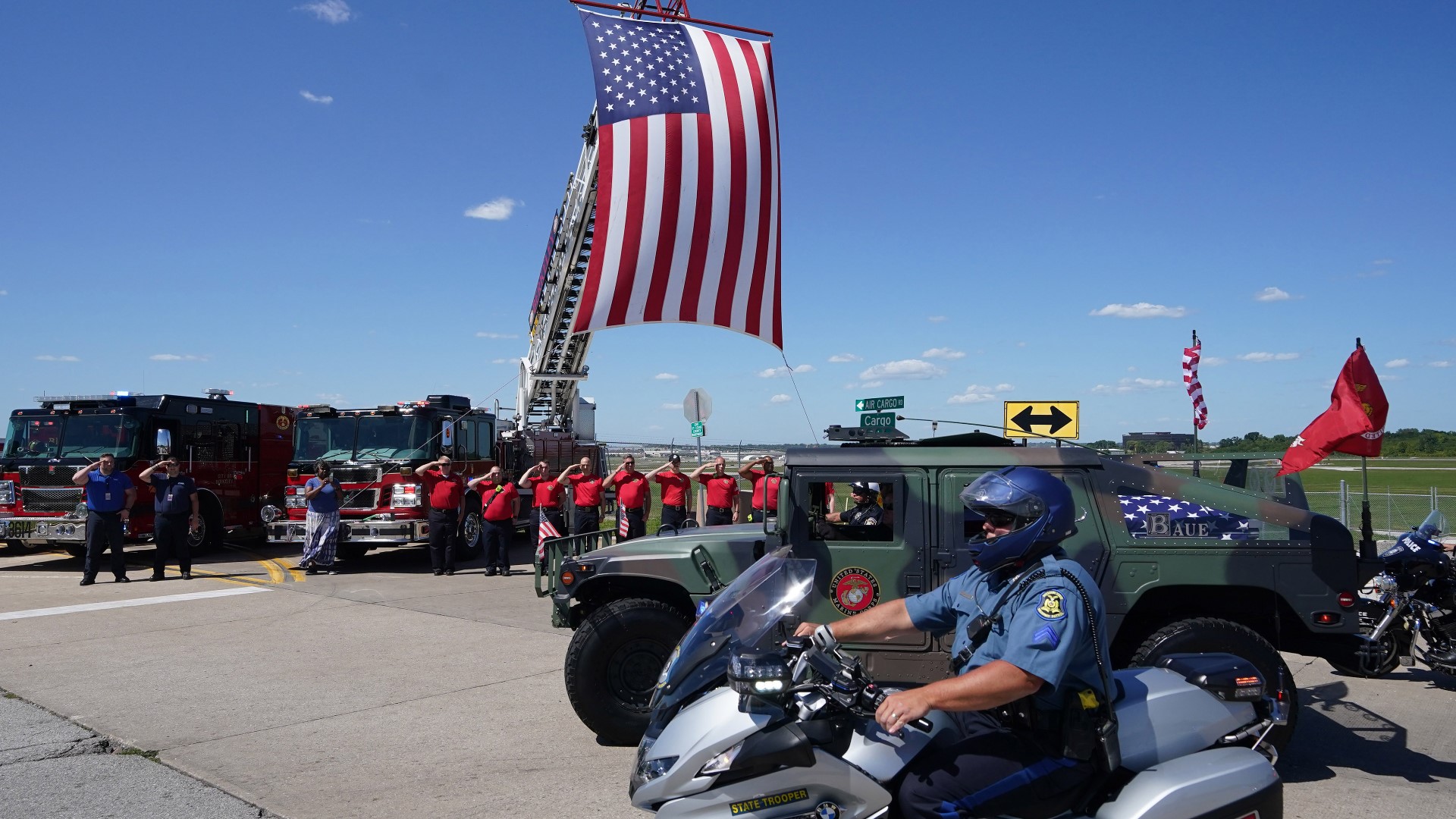 Schmitz, a 2019 graduate of Fort Zumwalt South High School, was one of 13 United States servicemembers killed in a suicide bombing at Kabul Airport in Afghanistan on Aug. 26. He was 20 years old.

Schmitz's funeral will be held on Thursday, with a procession from Baue Funeral Home in St. Charles County to Jefferson Barracks National Cemetery in south St. Louis County.

“We owe a debt of gratitude to Lance Corporal Jared Schmitz that can never be repaid, but we will always remember and honor his service and sacrifice on behalf of our nation in the defense of freedom," Parson said. “He put his life on the line protecting our service members and allies, and he made the ultimate sacrifice for his bravery. Our hearts go out to Lance Corporal Jared Schmitz’s family and friends.”

A 31-mile stretch of St. Louis area highways will close on Thursday for the procession. Hundreds of police motorcycles and Patriot Guard Riders are expected to escort Schmitz's remains along the route.

The Missouri State Highway Patrol said the procession route will be as follows: