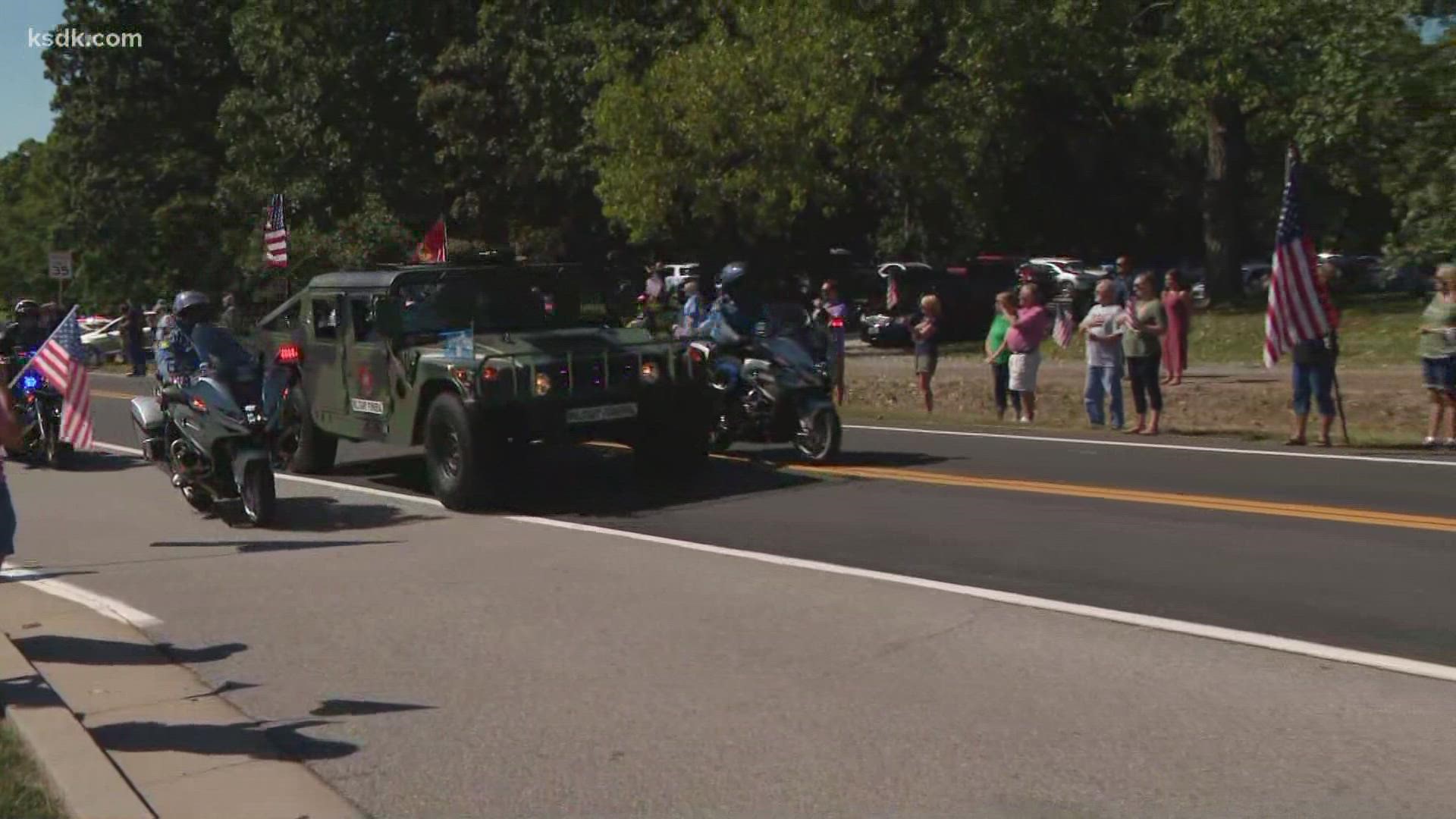 People lined up all along the 31-mile route. They waved flags, saluted and paused to thank the Marine for his service.

Schmitz was one of 13 U.S. service members killed in a suicide bombing at the Kabul airport in Afghanistan on Aug. 26. Schmitz was among a group of Marines sent back to Afghanistan to assist with evacuation efforts. Missouri Governor Mike Parson has ordered United States and Missouri flags at government buildings to fly at half-staff Thursday in his honor.

The funeral procession itself was filled with hundreds of vehicles.

Watch our coverage of the procession in the YouTube video below:

A Humvee equipped with a clear back door, offering a view of the Marine's casket, was flanked by four law enforcement motorcycles as it left Baue Funeral Home.

It was preceded by hundreds of Patriot Guard Riders on motorcycles, and behind the casket, hundreds more cars lined up in a procession to Jefferson Barracks National Cemetery.

In all, the route was about 31 miles long. Sections of highways closed as law enforcement, officials and volunteers escorted Schmitz’s remains to the cemetery.

About 90 minutes after leaving the funeral home, Schmitz's remains arrived in Jefferson Barracks. First responders and local residents lined the entrance. It was silent as the Humvee drove into the cemetery.

Last week, thousands of people gathered along Interstate 70 as the fallen Marine’s remains were taken from Lambert airport to the funeral home in St. Charles County. People paid their respects by waving flags and wearing red, white, and blue. Fire departments lined the overpasses, draping their flags and raising their ladders to honor Schmitz.

Watch drove video as the funeral procession got underway Thursday: 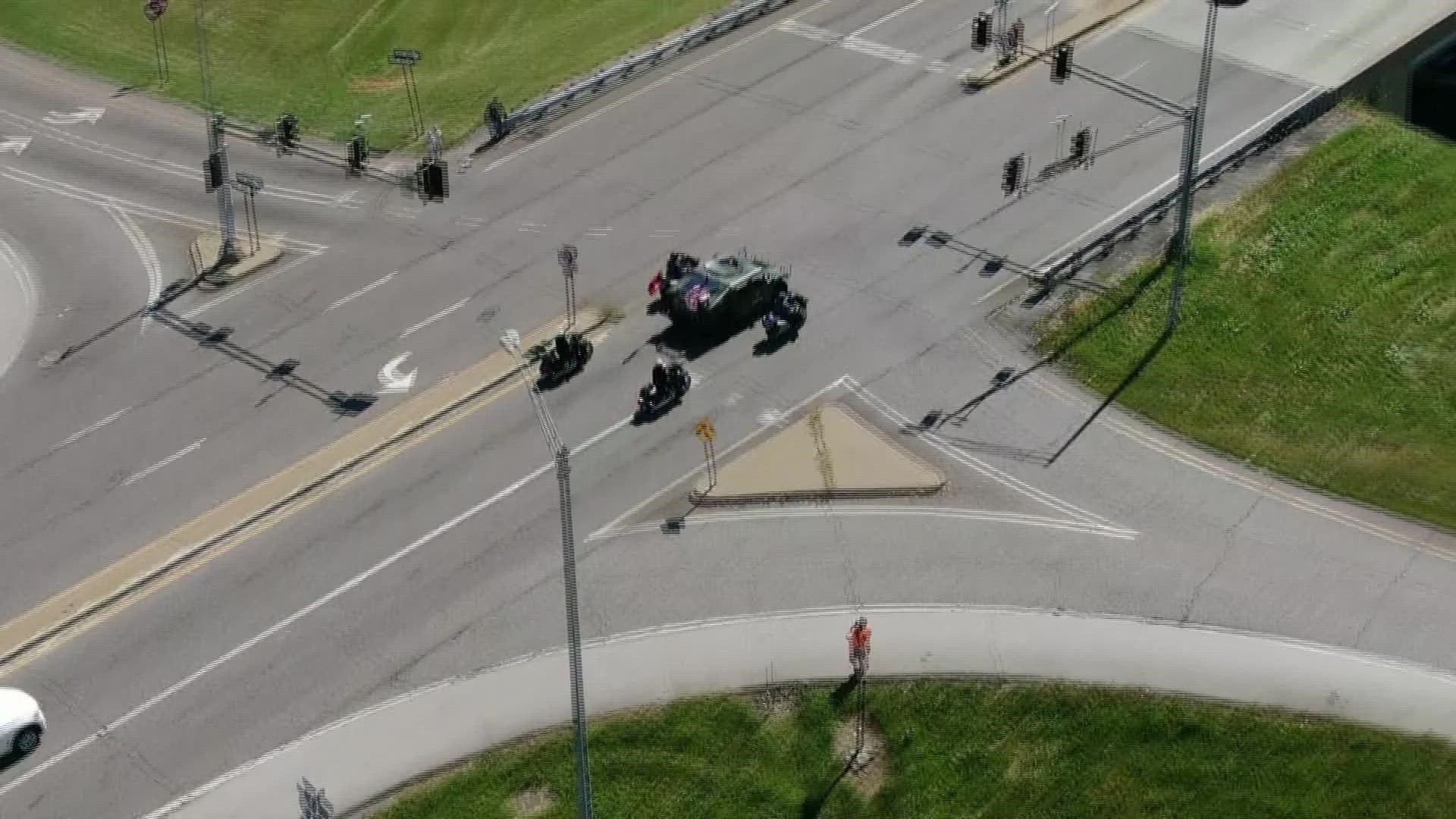 Schmitz, 20, grew up in St. Charles County and was a 2019 graduate of Fort Zumwalt South. His father told 5 On Your Side his son’s interest in the military started in high school, and he trained before he even was a recruit.

"He knew his calling was to help and to serve and to protect and being a Marine was going to be enabled to do all of those things," Mark Schmitz said.

The grieving father said remembering his son’s bravery has been a way for him to hold on.

"He has been my strength, he’s been my light," Schmitz said.