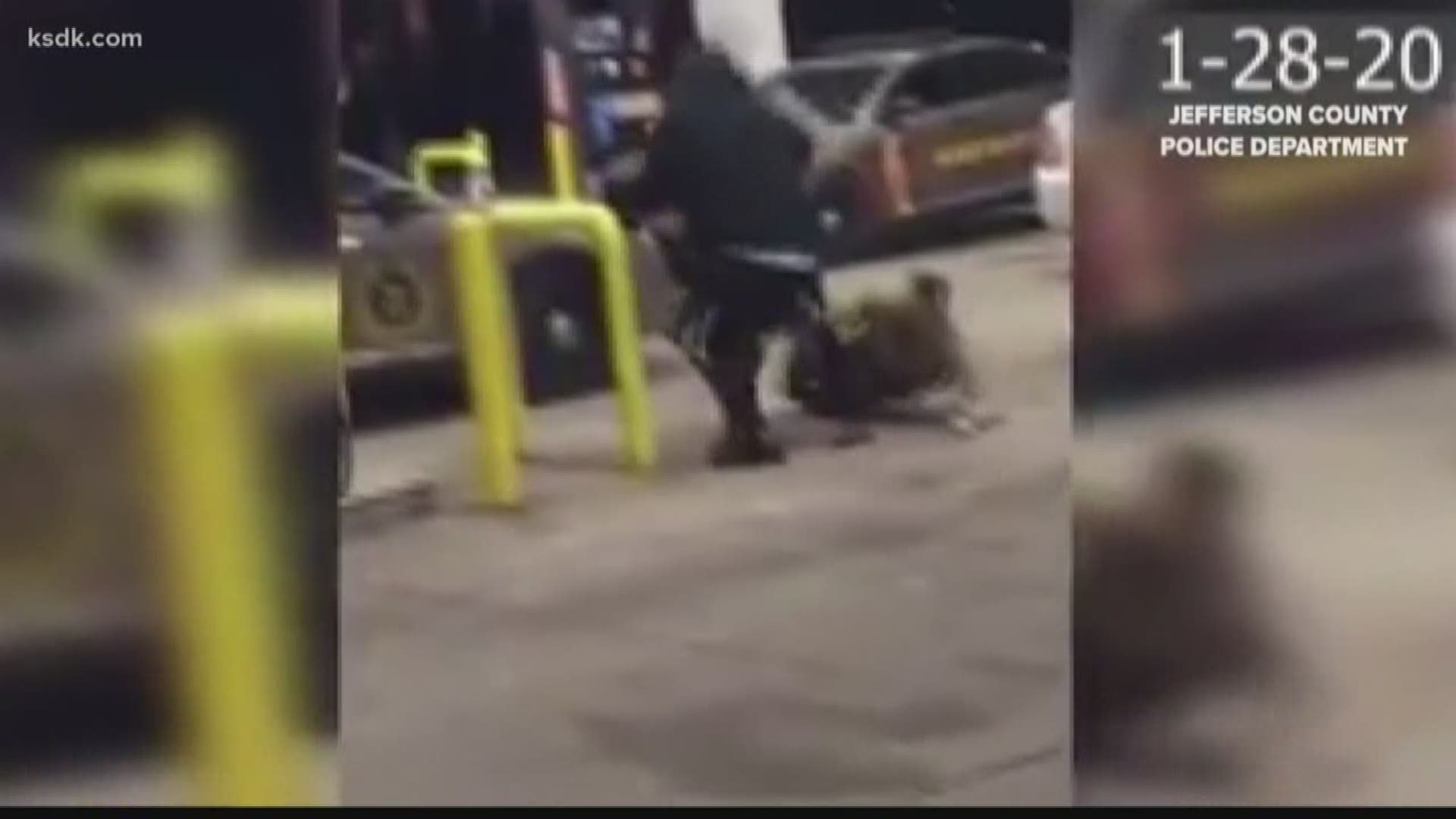 JEFFERSON COUNTY, Mo. — The Jefferson County Sheriff’s Office recently shared a video of how a routine interaction can turn into a dangerous or even deadly confrontation.

It’s a video that’s been seen on social media showing Jefferson County deputies struggling with a man at a gas station. The sheriff’s office released the video on its own Facebook page with the backstory.

The Jefferson County Sheriff’s Office said a deputy was called to a gas station in Cedar Hill for a disturbance involving the man seen in the video. The man was reportedly standing at a nearby bank, shouting at an ATM for an extended length of time. A spokesperson said the man is known to Jefferson County deputies for having a long criminal history including, assault, armed criminal action, resisting arrest, drugs, DWI and burglary.

“When our deputy arrived, he asked the man to identify himself and whether he was the one who had been shouting. The man refused,” The Jefferson County Sheriff’s Office said in the Facebook post.

Shortly after, a second deputy arrived as backup. The man walked toward the gas station because he said he forgot his wallet inside. On the way, he dropped a glass pipe with a crystal-like substance, deputies said. That’s when deputies tried to detain the man and he resisted, which is where the video picks up, deputies said.

“Despite the deputies’ attempts to restrain the man, you can see he continued to fight. He tossed one of our deputies to the ground and for a brief moment, ended up on top in a position where he could have done serious harm. Fortunately, the second deputy was able to knock the man to the ground. A few moments later the man was in custody without anyone involved being seriously hurt,” the Jefferson County Sheriff’s Office said.

After he was handcuffed, deputies learned the man was wearing a bulletproof vest, holding metal armor.

His name has not been released, but the Facebook post said he is being held on a $50,000 cash-only bond for previous outstanding warrants.

“While they likely would’ve been justified in using deadly force in this situation, our deputies exercised restraint by bringing the man under control with non-lethal means. When our deputies go on duty every day, they know this is the kind of dangerous situation they might face. We’re glad they were together and were able to protect one another from a far worse outcome,” the sheriff's office said. 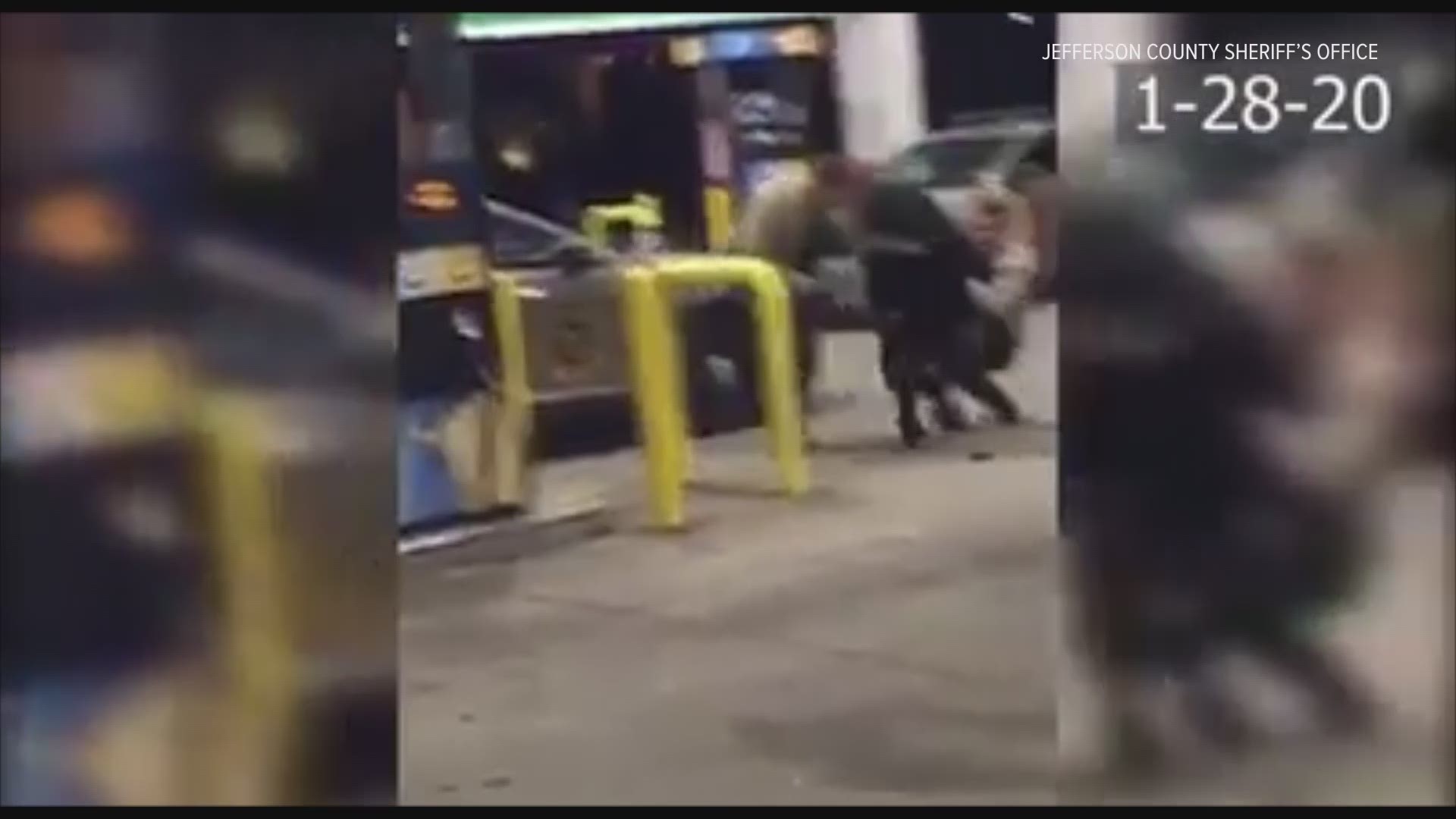