5 On Your Side reached out to Hawley’s office for comment. In a statement earlier this week, Hawley said he will never apologize for doing his job. 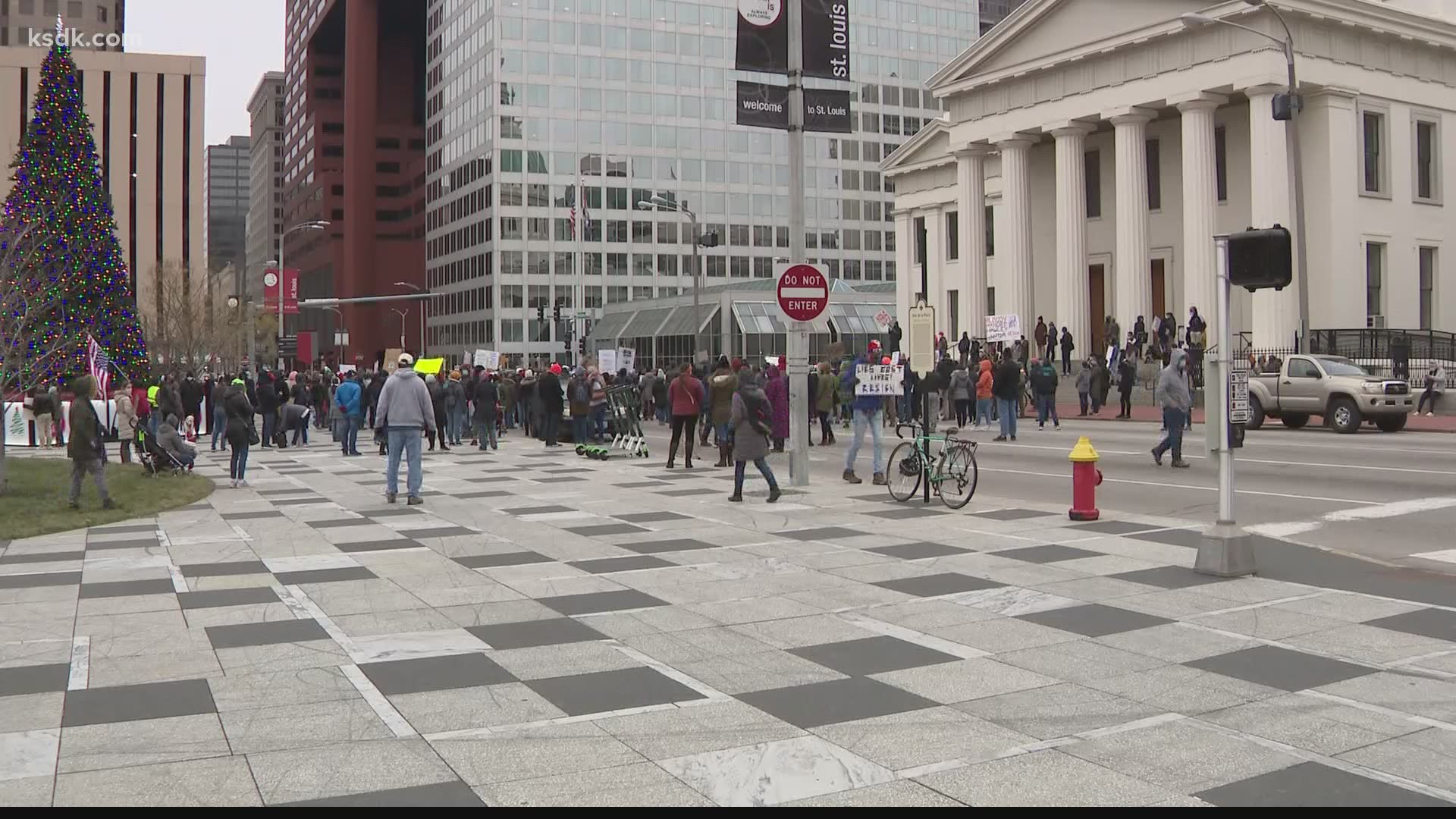 ST. LOUIS — Hundreds of protesters gathered in downtown St. Louis to demand Republican Sen. Josh Hawley resign. This comes as Hawley has been in the national spotlight this week.

Before the riots at the U.S. Capitol, Hawley was seen cheering on pro-Trump protesters who were outside.

On Saturday afternoon, protesters who gathered outside of the Old Courthouse  said they want Hawley to step down based on claims that he helped fuel the riots at the nation's Capitol.

The protest was organized by the activist group Resist STL.

"We're calling on everyday people to come out and demand that Josh Hawley resign. It's not a small group of people — this is actually a broad coalition of people across the state of Missouri and across the country demanding this," said organizer Alex Cohen.

Following the riots on Wednesday, the joint session of Congress reconvened to finish voting on the Electoral College results – and Hawley stood firm in his plans to object to the certification of votes in some states, echoing Trump’s unfounded claims of fraud in the November general election.

In a statement earlier this week, Hawley said he will never apologize for doing his job.

RELATED: 'I will never apologize' | Hawley stands by decision to object as calls for resignation mount, book deal pulled