Meet Tank: He has a higher success rate than most K9s

His weaknesses include belly rubs and a good chew toy 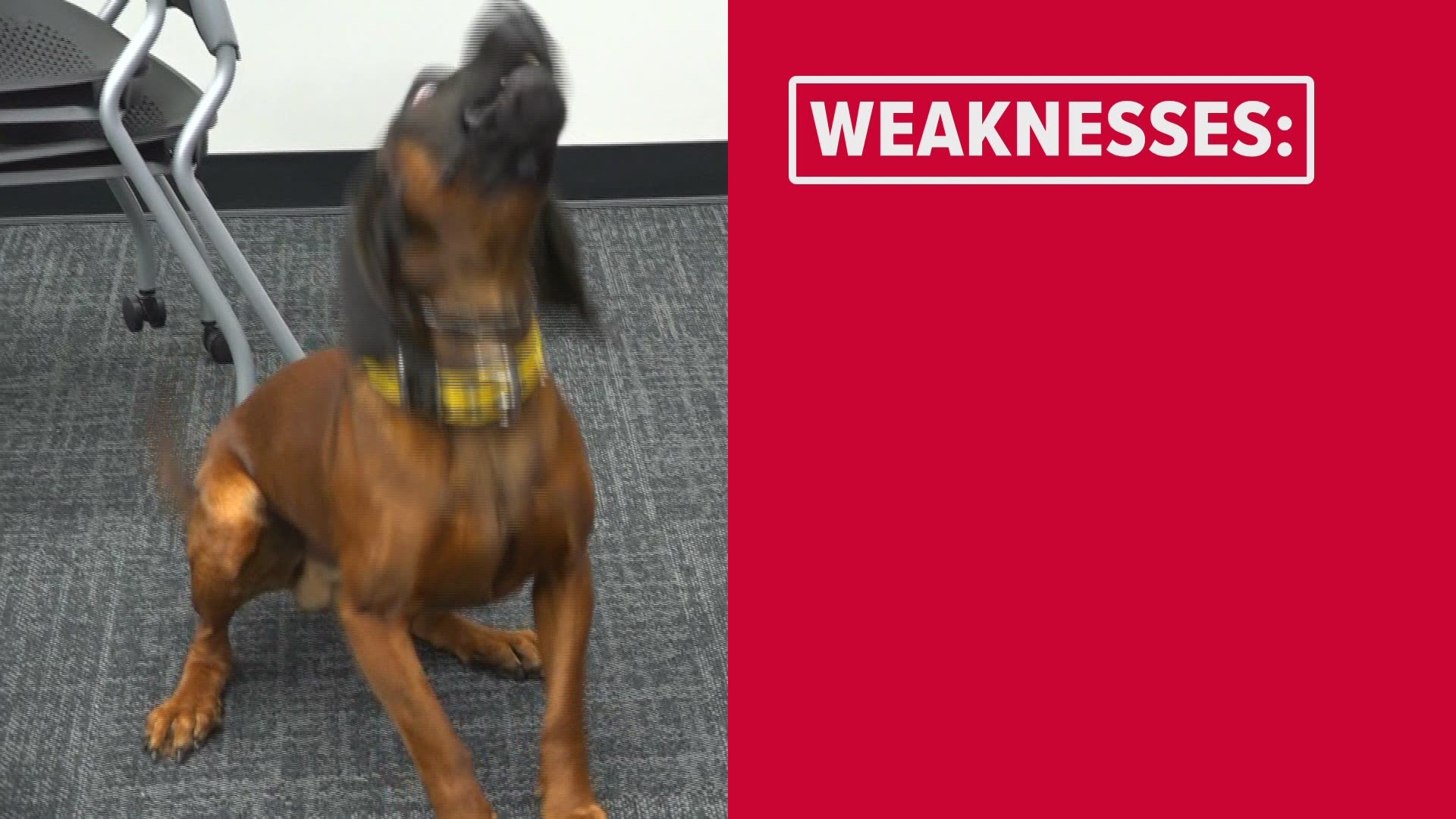 His weaknesses include belly rubs and a good chew toy. His secret power? He’s a mega-powered sniffer.

The breed is like a bloodhound. Most tracking dogs find their target 8 to 12% of the time, Tank is successful more than 60% of the time.

“He's on a mission to find someone, he doesn't stop,” Courtney Spiess, Tank’s handler said. “As soon as I give him that smell, he wants to find them. He will go through barbed wire fences. He will go through creeks; he will drag me through anywhere and not stop. He is incredible when they start to work, and nothing will stop this guy."

Officer Courtney Spiess said one of her talents is reading Tank’s mind.

“So I got chosen to be the K9 handler and then they sent me away to K9 school for six weeks…. It's really intense, real-life, real-scenario-based training, [it] taught me everything. You know, how to properly hold the leash while we're doing narcotic searches to tracking how to put the harness on him,” she said.

Courtney and K9 Tank work together, and they’re saving lives. Five people who have been in danger, have made it home safely thanks to the duo.

Tank’s nose can tell the difference between his target’s smell and other smells that would throw most dogs off course.

And that ability has led them around the region to help in missing person’s cases.

“As the word gets out that ‘hey, this dog is here and we can help you find people’ — if they’re still out there and it’s been 24 hours or less, I’m pretty confident in him finding that person,” Spiess said.

In their three years together, they’re proving to be quite the dream team.

RELATED: K9 finds over 200 pounds of marijuana and 3 stolen guns during 2 traffic stops