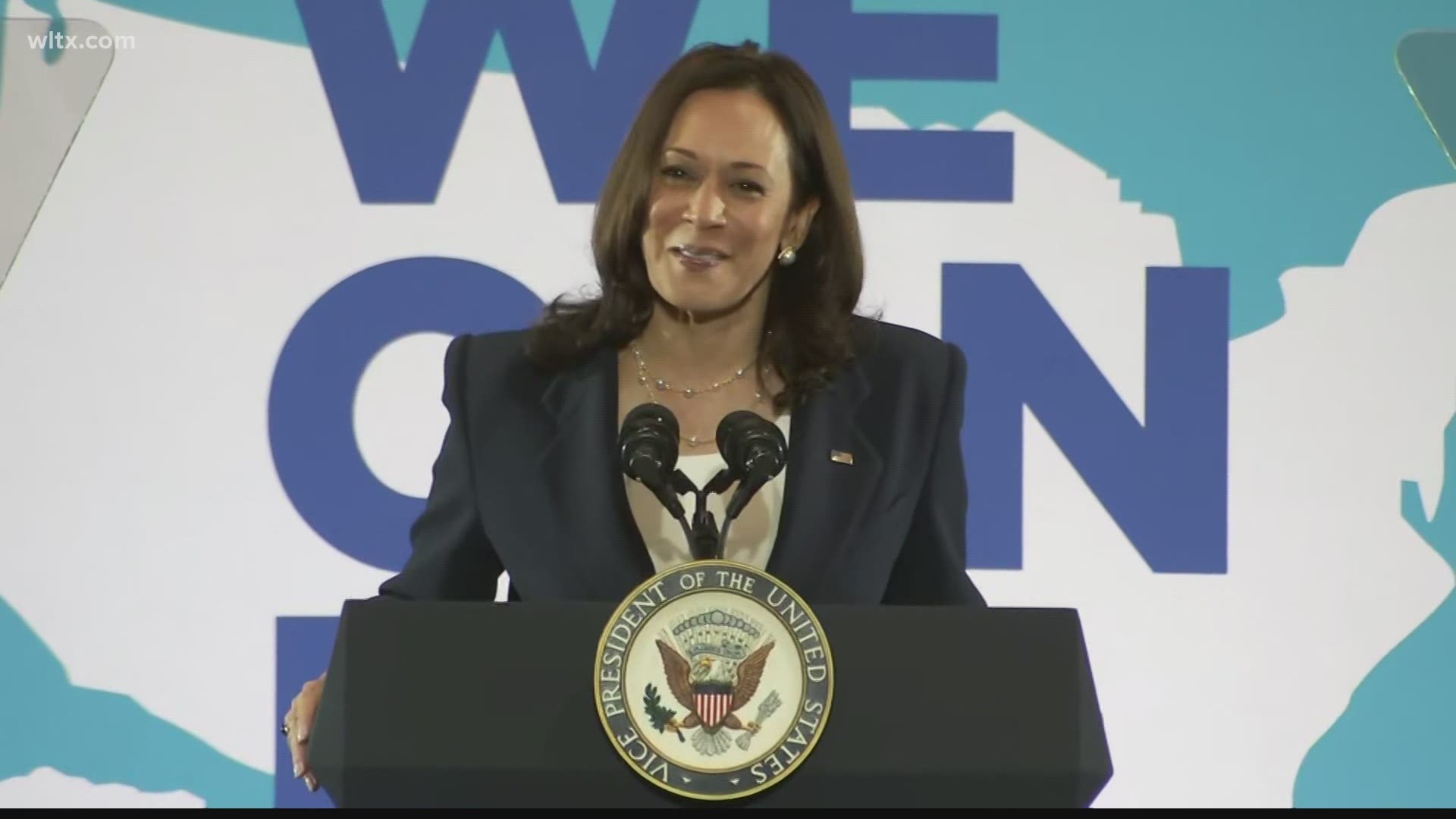 She spoke just after noon to people working at a COVID vaccination mobilization event, where she said the vaccine is safe, effective, and free. The mobilization group is part of the effort to get those who still haven't gotten a shot their vaccine.

"The act of getting vaccinated: isn't that the very essence of what we mean act in a way that is the projection of love thy neighbor," Harris told the group of volunteers.

Later, she dropped in at a pop-up vaccination site in Greenville, before having a meeting about voting rights with local civic leaders.

Harris is dropping in on clinics, churches, and colleges across the Southeast as part of a tour to try and convince those still unvaccinated to get their shot.

President Joe Biden has set a goal of having 70% of U.S. adults with at least one shot by July 4. Right now, that number currently stands at about 64.4%.

But in some areas of the country, including South Carolina, that number is lower. Just under 46% of people over the age of 12 have gotten at least one shot, according to the latest numbers from South Carolina's health agency, SCDHEC.

The Pfizer vaccine is available for anyone 12 years or older, while the Moderna and Johnson & Johnson are for anyone 18 and up. Moderna is asking the FDA to approve their vaccine soon for 12 and older, and both Pfizer and Moderna are in the early stages of seeing if the vaccine can be OK'd for children under 12.

RELATED: Gov McMaster: Kamala Harris should go to the border, not South Carolina

Harris is urging people to go to vaccines.gov text your ZIP code to 438829 to find a free COVID-19 vaccine.

Harris last spent significant time in the Palmetto State in 2019 as she was seeking the Democratic nomination for President, but she withdrew in December of 2019 two months before the South Carolina primary. Joe Biden ultimately won the state and the nomination, then picked Harris as his running mate before the Democratic convention.