The Gig List: Podcast shares Minnesota music with the world

The local podcast that sounds like you're listening to a smooth radio experience was syndicated by iHeart Radio in June. 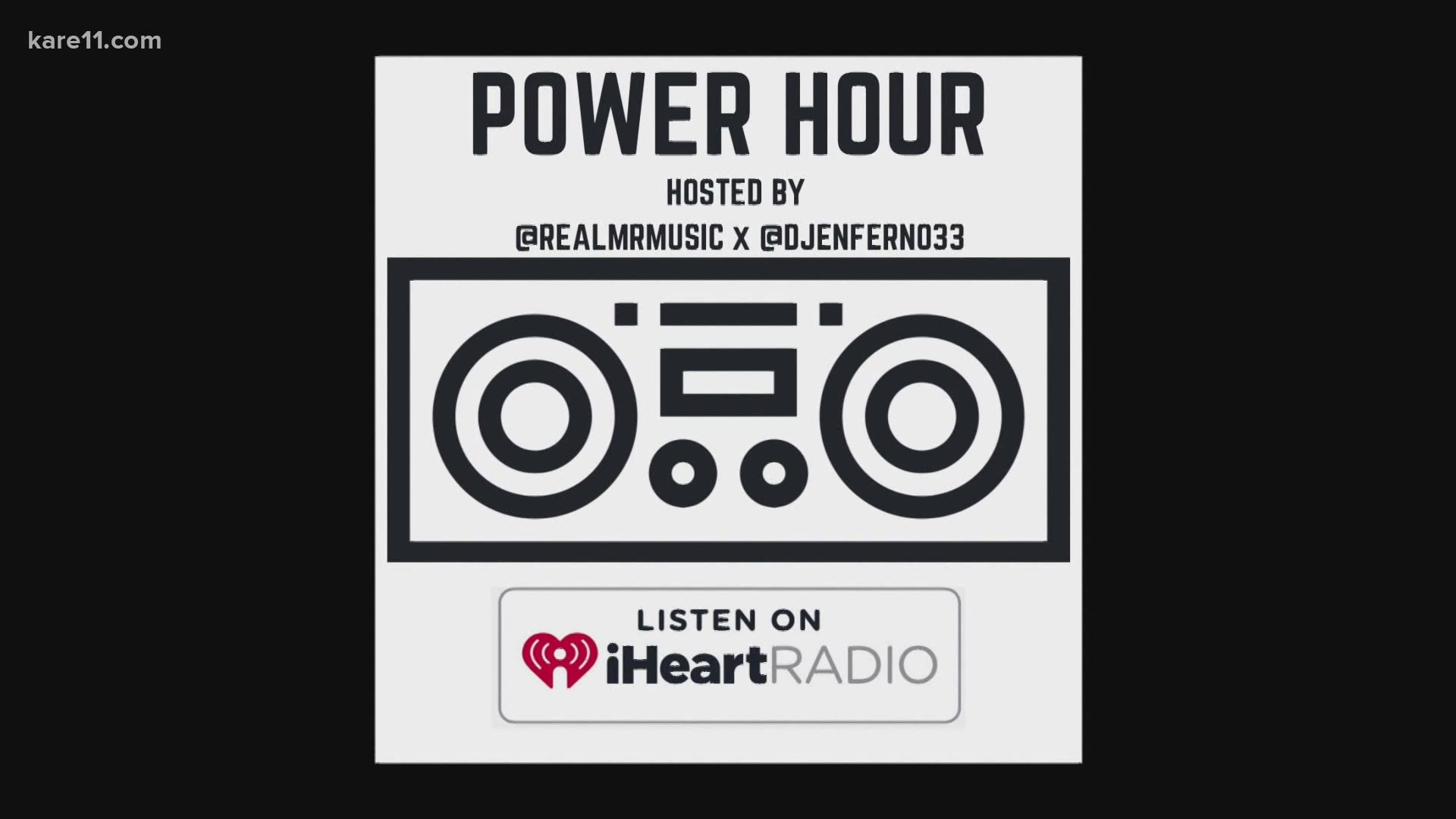 MINNEAPOLIS — It's a podcast that works like radio, getting Minnesota music out to the rest of the world.

Host Ethan Horace or Mr. Music and Dante Coleman also known as DJ Enferno, said Power Hour on MNTC Radio is dedicated to indie music and Minnesota artists. It was syndicated by iHeart Radio in June.

"There’s a lot of good music out there, a lot of good artists that just don’t get the opportunity or the chance to be heard and that’s what we want to accomplish here with the Power Hour," DJ Enferno said. "You never know there can be a Minnesota artist that the people in Dubai go crazy over, but they wouldn’t know that without a show like ours because we give them that platform," DJ Enferno said.

Mr. Music is the main host and DJ Enferno is the main DJ. Mr. Music said they bring their flavors together, curating all the music. At last check, they said they've probably played 53 artists from 20 different countries, including Minnesota-made artists.

"Me and Enferno are really sitting through these records and really listening to everything that’s sent to us," Mr. Music said. "Not all DJ’s do that," he said. "They tell you they do, but they really aren’t," he said.

The relationship with artists goes two ways for the pair. DJ Enferno said they're also there to help improve the quality of the artists work.

"We kind of give them guidance to help them out so we can get them on the show because it’s quality over quantity at this point and that’s what we’re looking for," DJ Enferno said.

There's also a bigger responsibility the pair feel. Mr. Music said there's a lot of anxiety in the air right now. He mentioned the killing of George Floyd.

"If I can get you a platform and make you feel better about what you’re doing and you’re helping me out why not build community through that?" Mr. Music said.

Artists like Shardae from Minneapolis. Mr. Music said her music is industry-ready and she's catchy. She has a song called "Fine."

There's also Cici Bella. Mr. Music said she came out with a special song following George Floyd's killing called, "Save Me." She is from North St. Paul and the featured artists in the song, Mista Maeham and Mike Dreamsare, from Minneapolis.

He also mentioned singer/song writer Eddie White from Minneapolis who has another catchy tune called "Pull Up."

If you want to submit your music to Power Hour, you can get more information here. Or follow Mr. Music and DJ Enferno on Twitter. They do ask that artist send singles they’re pushing, not whole bodies of work. They also ask if possible, to send clean music so they can get it into more areas.

Power Hour is recorded at KFAI in South Minneapolis.  Mr. Music said KFAI opened their studio up to them initially to allow them to do this, and he's grateful for that.