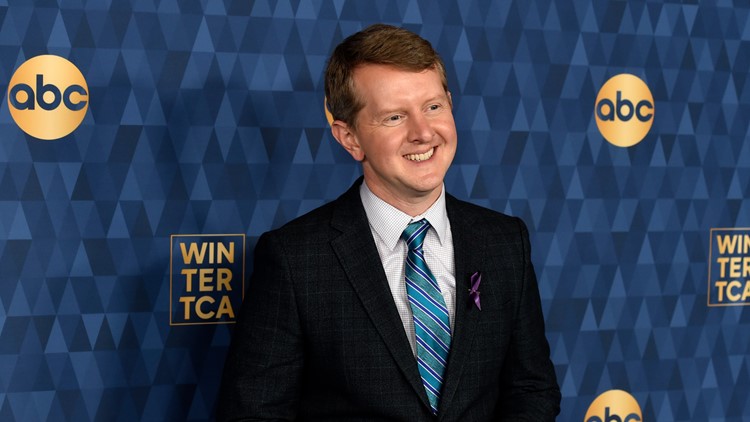 Photo by: Chris Pizzello/Invision/AP
FILE - In this Wednesday, Jan. 8, 2020, file photo, Ken Jennings, a cast member in the ABC television series "Jeopardy! The Greatest of All Time," poses at the 2020 ABC Television Critics Association Winter Press Tour, in Pasadena, Calif. Jennings won his third match in the “Jeopardy!” “Greatest of all Time,” contest televised on Tuesday, Jan. 14, 2020, an event that's been a prime-time hit for ABC. (AP Photo/Chris Pizzello, File)

CARBONDALE, Ill. — Fresh off his victory in the "Jeopardy! The Greatest of All Time" event, Ken Jennings is coming to Carbondale, Illinois.

Jennings, a best-selling author and reigning King of Trivia, will be speaking at Southern Illinois University Carbondale on March 27. His presentation, called “The Future of Knowing Stuff: Knowledge and Learning in the Age of Artificial Intelligence,” will be about the power of AI.

Jennings knows first hand how impressive AI can be. He was defeated by IBM’s “Watson” supercomputer in one of his return trips to Jeopardy! back in 2011. Even though he couldn't beat Watson, Jennings has amassed quite a fortune on Jeopardy! His winnings from the show total $4.5 million, and one shiny trophy from the Greatest of All Time event earlier this year.

RELATED: Spoiler alert: What happened Tuesday on 'Jeopardy! Greatest of All Time'

Jennings will also be signing copies of his book “Planet Funny: How Comedy Took Over Our Culture,” which will be available for sale.

Tickets to the presentation are free but are only available on a first-come, first-served basis. For more information, you can see the listing on the SIU website.

RELATED: Alex Trebek describes how his final episode of 'Jeopardy!' will end

RELATED: 'Jeopardy!' host Alex Trebek gets choked up at message of love from contestant