ST. LOUIS — Police are looking to identify two men in connection to an assault that happened during a protest at Forest Park's King Louis IX statue.

The St. Louis Metropolitan Police Department said it received a report of an assault that happened at the statue on June 27. Hundreds of protesters had gathered around it, some defending the statue and others calling for its removal.

The victim, a 37-year-old man, told police another man at the protest slapped him in the head several times. He wasn't injured, and he reported the assault when he returned home. The department named three additional victims: a 31-year-old man, a 19-year-old man and a 61-year-old man.

The department posted two photos to social media Thursday, asking for the public's help in identifying the two men pictured.

Anyone with information or a tip who wants to remain anonymous and is interested in a reward is asked to contact CrimeStoppers at 866-371-TIPS (8477). 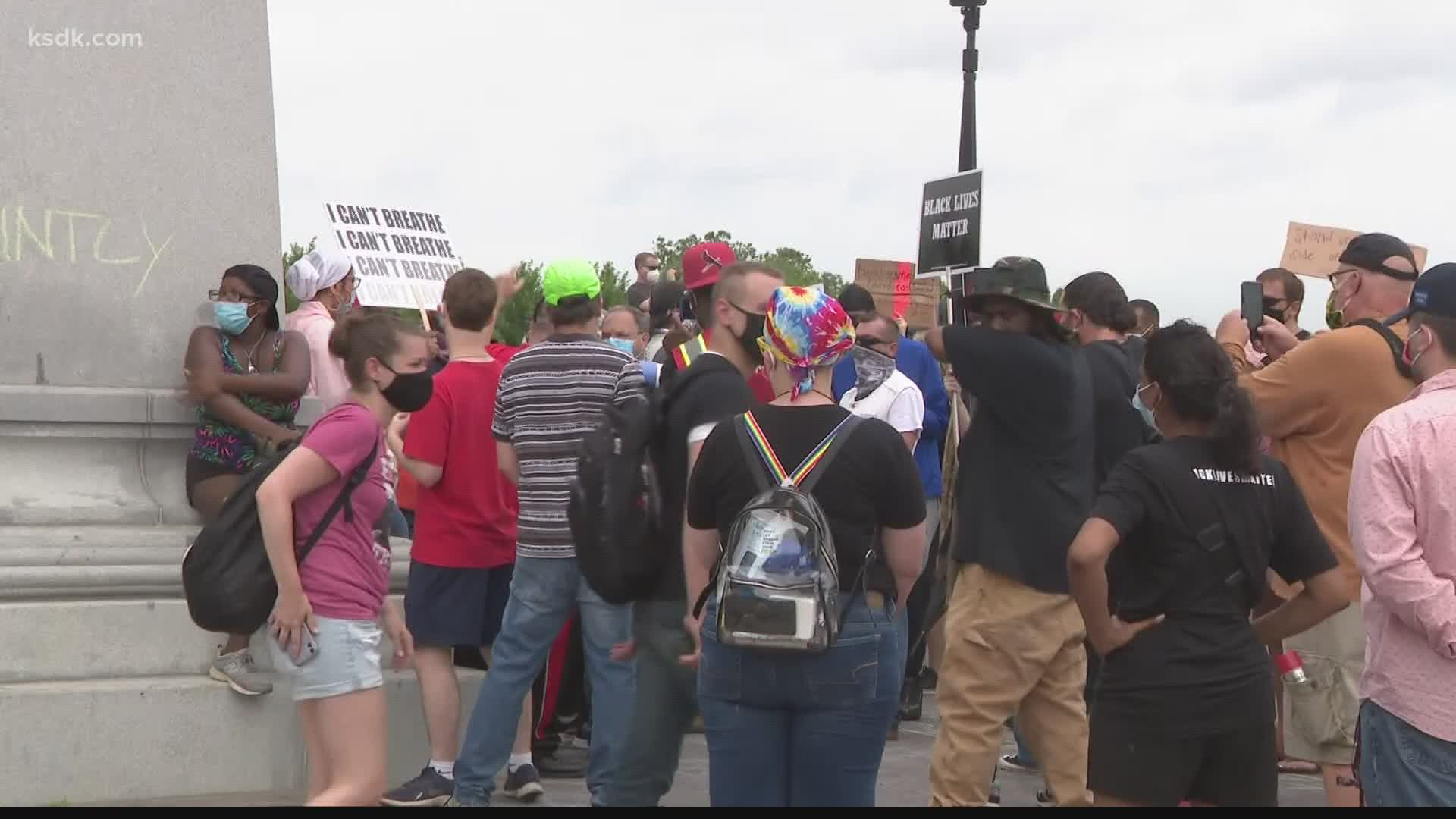