St. Louis woman says her mother saved her life after stroke at 25

"I had a stroke, which was crazy because I was 25. I didn't know or realize that that was happening because I was in disbelief, " Krysta said. 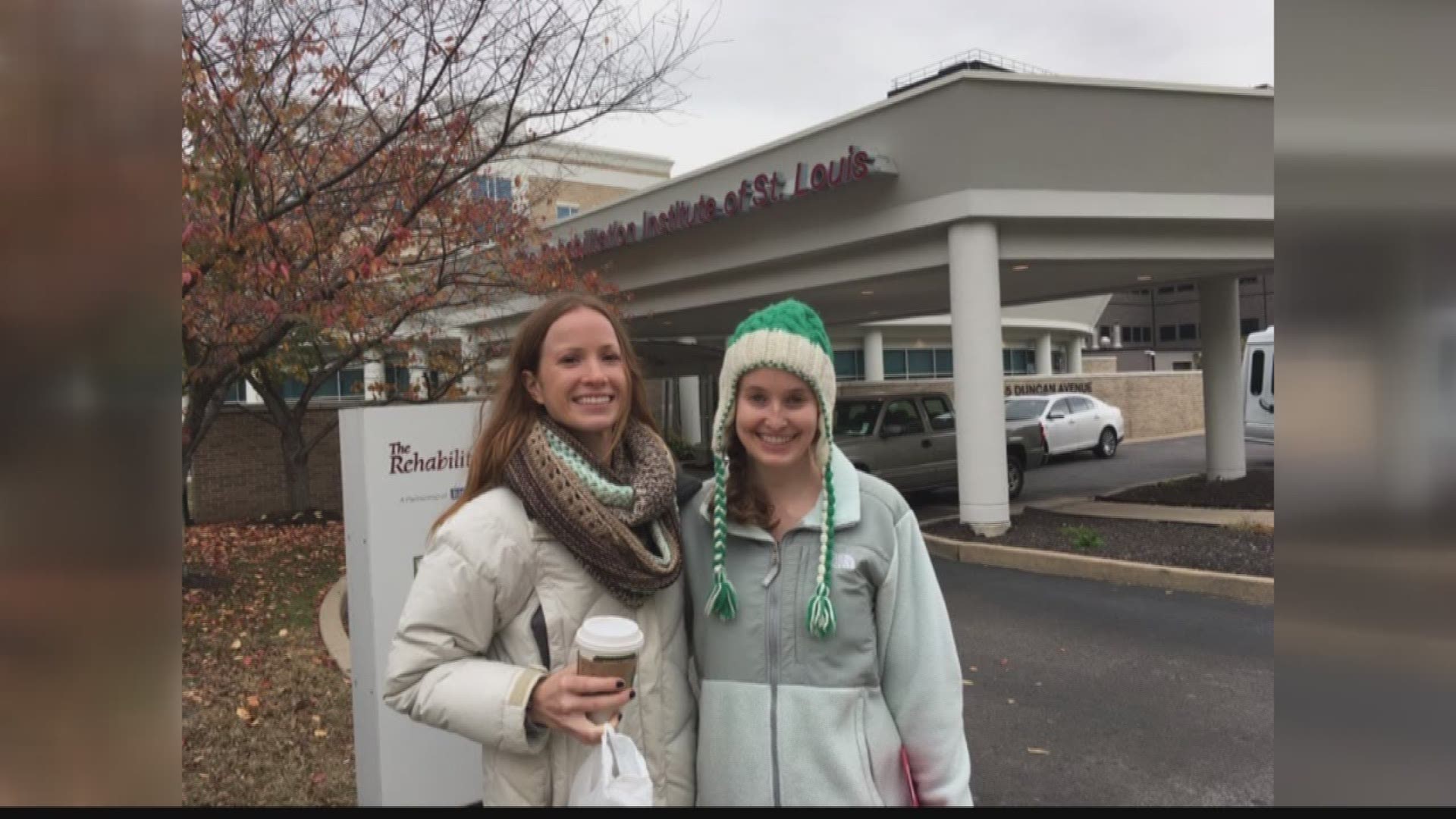 ST. LOUIS – Krysta Owings is like any other 25-year-old. She is active, healthy and has a bright personality. But, life changed for her nearly two years ago in an instant when one day she had trouble doing the simplest things in life.

"I had these symptoms which started with some blurry vision. I was a little disoriented. My coordination between my hands and my legs started with those lines kind of became blurred and then my visions became worse and worse," Krysta said.

Krysta said she called one of her friends about the incident. She said her friend told her to go to Urgent Care.

She said initial tests and scans didn't reveal much. Doctors then insisted she go by ambulance to the nearest hospital.

In November 2016, after many tests, scans and examinations in the ER, doctors told Krysta she had an arteriovenous malformation, or AVM, that had ruptured. AVM is tangle of abnormal blood vessels in or on the brain that divert blood flow. AVM's can burst, leak and cause a stroke, which happened to Krysta.

"I had a stroke, which was crazy because I was 25. I didn't know or realize that that was happening because I was in disbelief, " Krysta said.

Krysta's mother got involved in her treatment options. After listening to several doctors about the options, her mom said she wanted a second opinion.

"The answers just didn't seem to line up with what she was telling me. She was like mom I still can't see still. I can't do this. I can't do that," Vicki Owings said.

Vicki reached out to a neighbor who referred her to Dr. Gregory Zipfel, a Washington University neurosurgeon at Barnes-Jewish Hospital.

Dr. Zipfel removed the AVM a week later. Krysta spent time in the intensive care-unit and then in a step-down unit.

"There was never a time when I was afraid. He always put me at ease, " Krysta said.

After surgery and several therapy sessions, Krysta said she is 100-percent better, but she said the trouble she endured has given her a new sense of purpose.

"My purpose in life now is to do all that I can to help other survivors and try to get that message out there that, you know, knowledge is power and anyone can have a stroke, " she said.

Krysta said after she was discharged, she went to the Rehabilitation Institute of St. Louis for a week-long stay, where she worked to regain her strength and her speech.

"I was determined to get it back," she said.

Right now, Krysta is partnering with Barnes-Jewish Hospital to get the word out about the seriousness of strokes in young people. She has also been speaking at public seminars.

"I'm trying to spread the word that strokes can happen at any age and give back to the one place I think made a huge difference in saving my life and recovery, " she said.

In the future she and her mom plan to do more, like fundraise for the cause.