After Brandon stepped off the plane and hugged his whole family, his mother had some thoughts about the woolly mustache Brandon grew during his deployment. 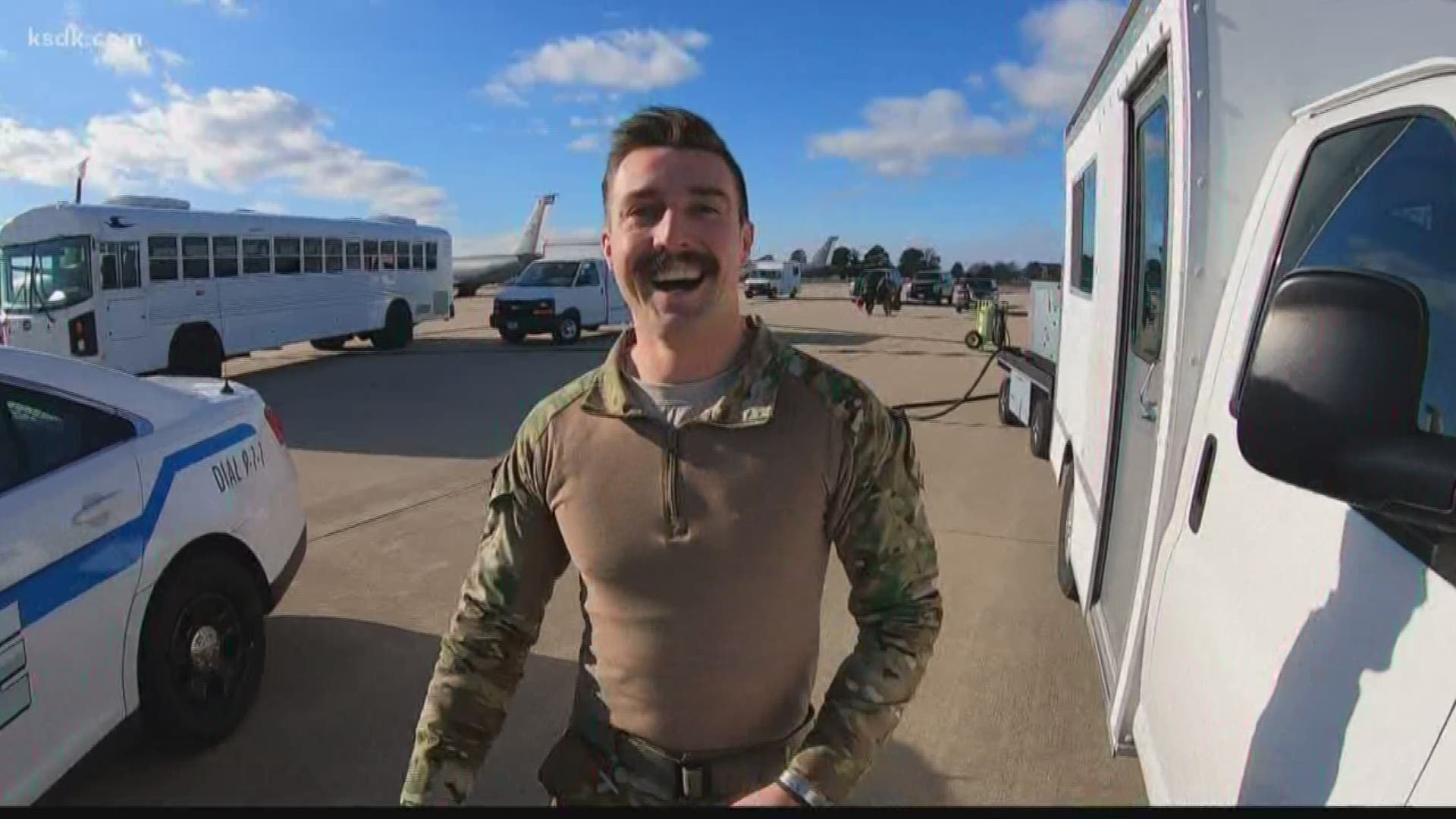 It was pure coincidence that a dozen Illinois Air Force National Guard members returned home from deployment the day before Thanksgiving.

For the last three months, this group did in-flight refueling for military planes in one of the most dangerous parts of Afghanistan.

Among the dozen was 5 On Your Side reporter Brandon Merano.

Mason, like so many other military moms, found herself counting the months, days and hours until her son finally returned home.

"Ten bucks says he cries," said Cassidy Merano, his little sister. "He’s been gone before for Thanksgiving and we actually had to take our family picture holding his picture up with the family, so this year it’ll be nice to have him home and have an actual picture with him in it."

Once Brandon stepped off the plane and hugged his whole family, his mother had some thoughts about the woolly mustache Brandon grew during his deployment.

"I’m going to be honest. I hope he shaves it," Angela said.

Brandon's commander wasn't quite as subtle about the stubble.

"I’ll let him keep that mustache until the next day he comes into work, but then it’s gone," he said.

Brandon said he's going to enjoy a week and a half off of work with his family before he rejoins us all back on air.