“There are individuals who want to receive their full unemployment benefits before coming back to work,” said Ritter. 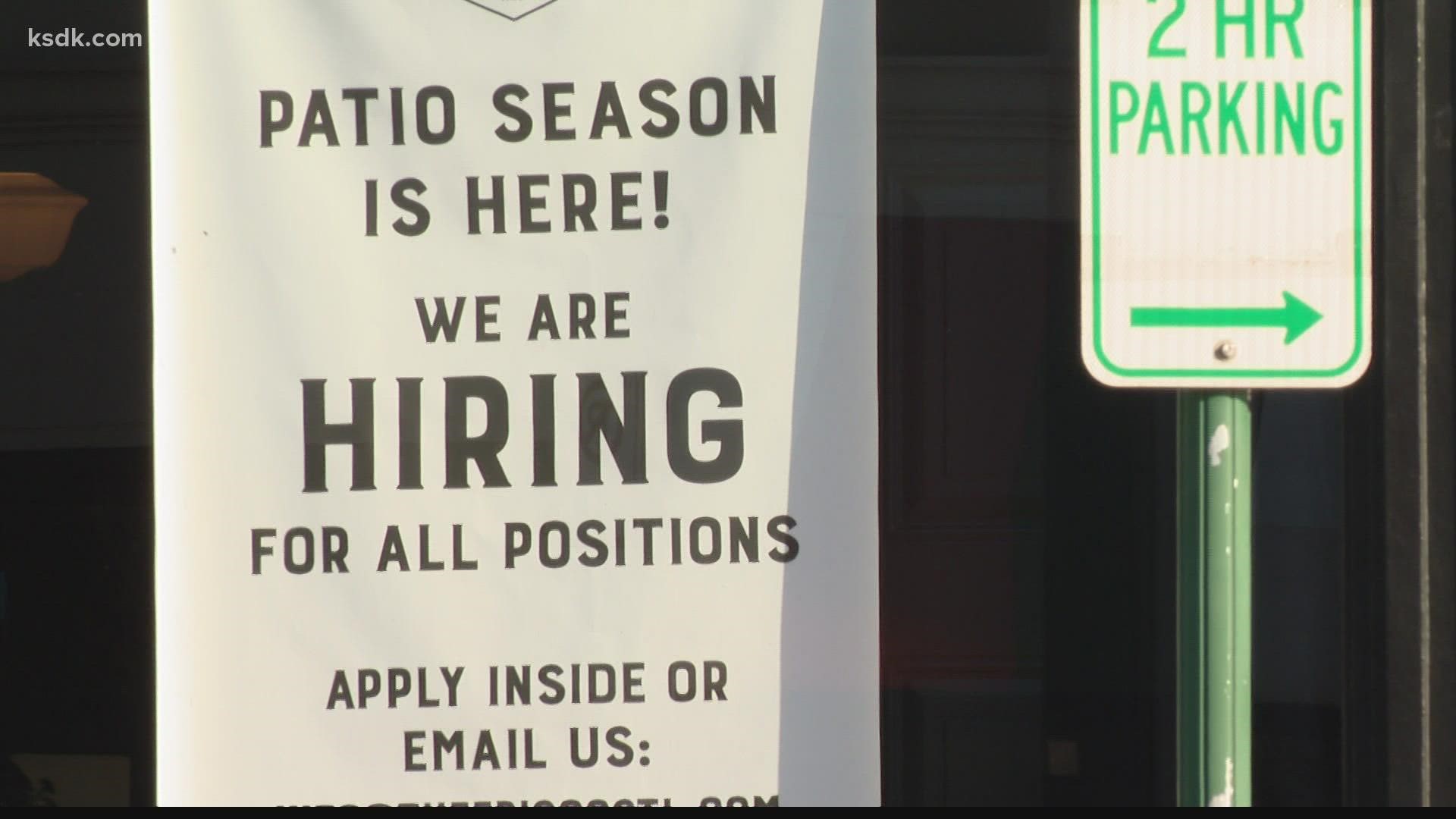 ST. LOUIS — There are ‘Help Wanted’ signs seemingly everywhere you look, but many people are asking where all the workers have gone.

At SLATE Missouri Job Center they've added more than 300 jobs to their board this week.

“There’s an opportunity out here,” said Michael Holmes from the Urban League of Metropolitan St. Louis. “You’ve got to grab it!”

As we continue to rebound from the pandemic businesses are putting people back to work.

“Slowly, but surely, people are coming back to the workplace,” said Rebecca Ritter with the SLATE Missouri Job Center.

“The job seekers have their pick of jobs at the moment,” said Ritter.

According to Rebecca Ritter with the SLATE Missouri Job Center the healthcare, information technology, and manufacturing sectors are flooded with job openings and companies are looking for the same qualifications.

“They want individuals who are going to show up everyday on time with a good attitude,” said Ritter.

“Some companies are saying I’ll take you as you are as long as you’re willing to be trained,” said Holmes.

The problem is that those qualities are getting increasingly harder to find.

“There are individuals who want to receive their full unemployment benefits before coming back to work,” said Ritter.

“Americans have saved an unprecedented amount of money over the past two years,” said Jerome Katz, Chair of Entrepreneurship at Saint Louis University.

In an effort to expand their talent pool companies are offering signing bonuses, increasing hourly pay, and offering flexible scheduling but some workers are still staying home.

“I have never seen so many workers in so many fields determined to get a better deal,” said Katz.

“It’s a strategy that for some is going to leave them further behind,” said Holmes.

So we asked the experts when we can expect things to get back to normal.

“I think this game of chicken is going to be getting played out for months to come,” said Katz.

“It’s going to come back around and people are going to go back to work,” said Ritter.