'The biggest hearts of anyone I have ever met': Charge dismissed after Ladue officer and victim resolve shooting outside of court

Rather than going through the traditional criminal justice system, Ashley Hall and Julia Crews opted for a Restorative Justice mediation 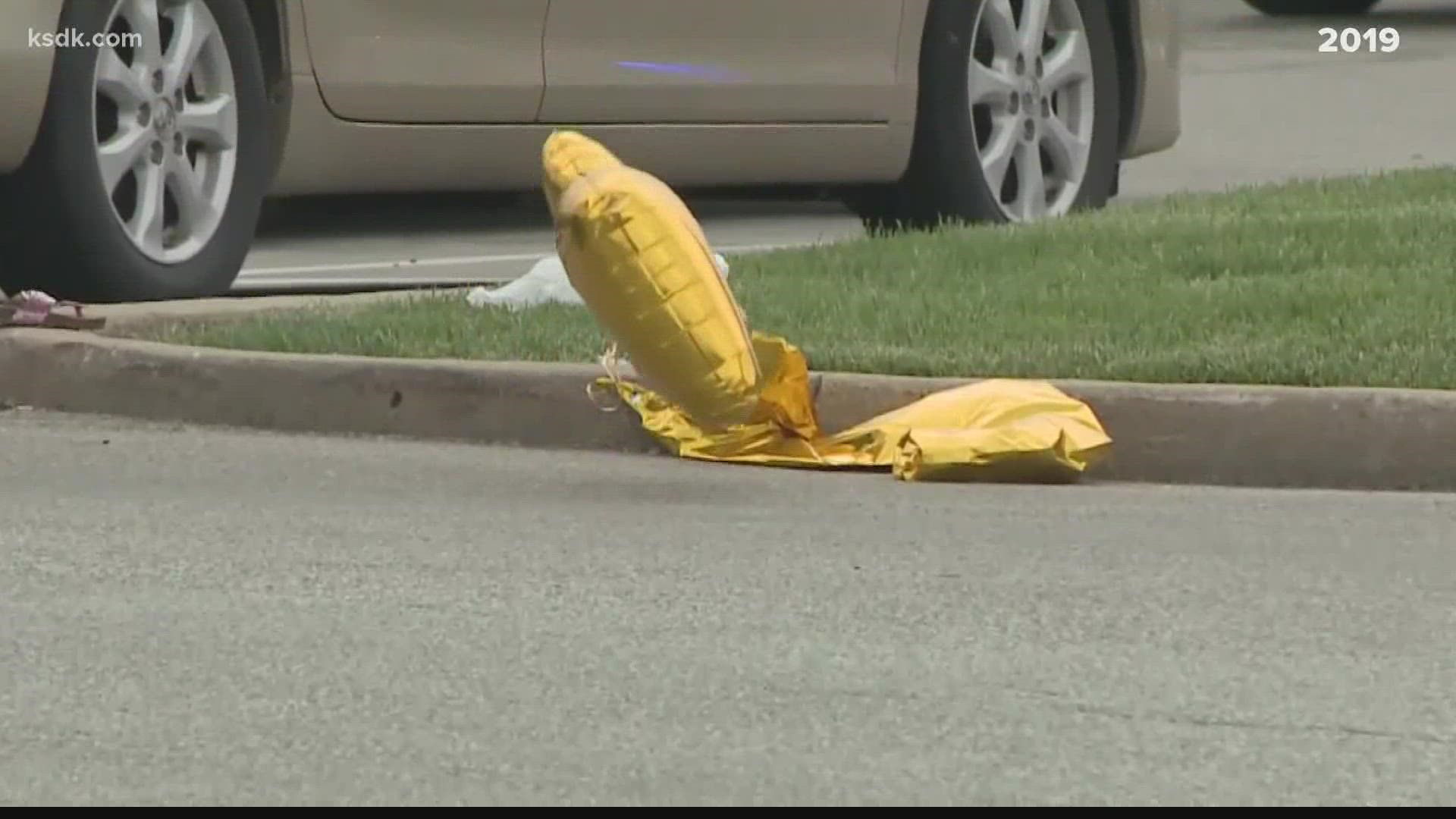 LADUE, Mo. — A former police officer who had been charged with shooting a woman outside the Ladue Schnucks has had the charge against her dropped as part of a program that involved the victim of the crime.

Julia Crews was charged with second-degree assault for the incident that happened on April 23, 2019 outside the grocery store at 8867 Ladue Road.

Officials at the time said two women left the store without paying and when Crews stopped one of the women in the parking lot, there was a struggle. That woman, later identified as Ashley Fountain Hall, tried to run away, prosecutors said. Hall said she tried to leave when she found out she wasn’t under arrest.

Crews then announced she was going to deploy her taser to restrain Hall. Instead, she grabbed her service gun and shot Hall in the torso.

Hall spent nearly three weeks in the hospital, and according to the 2019 lawsuit she filed against Crews, the Ladue police chief and the city of Ladue, she had multiple organ injuries and lacerations and had to have her spleen removed.

Months after the shooting, Hall held a news conference and said she forgave the officer because she could tell Crews immediately regretted her actions, even helping Hall onto the gurney.

“It was a miscommunication,” said Hall.

Last year, the city of Ladue agreed to pay $2 million to settle a lawsuit filed by Hall.

As for the criminal charge, rather than going through the traditional criminal justice system, Hall and Crews opted for a Restorative Justice mediation.

“According to a 2002 United Nations resolution, Restorative Justice is ‘a process in which the victim and the offender, and, where appropriate, any other individuals or community members affected by a crime, participate together actively in the resolution of matters arising from the crime, generally with the help of a facilitator,’” according to a news release Monday morning from the St. Louis County Prosecuting Attorney’s Office.

Hall and Crews participated in a successful mediation on Nov. 5 via videoconference. Their facilitator was Seema Gajwani, who is the chief of the Restorative Justice Program for Attorney General of D.C. Karl Racine.

"Too often, the criminal justice system gets in the way of resolution and healing, even though that is what these two women wanted and needed. Prosecuting Attorney Wesley Bell made it possible by offering Restorative Justice," said Gajwani.

Bell and his office’s manager of victim services also participated in the Restorative Justice process.

“This was a unique opportunity where the defendant immediately realized she had made a terrible mistake in shooting the victim, and both the defendant and victim reached places where they could see a resolution for this incident outside of the criminal justice process,” said Bell. “In this instance, justice is served by Restorative Justice, and this doesn't happen without Ashley being 100% onboard."

“Ashley and Julia have the biggest hearts of anyone I have ever met. It was an honor to be a part of that conversation," Gajwani added.

Gajwani noted the mediation was incredibly emotional and moving. She said these two women demonstrated vulnerability, bravery and compassion.

"Ashley said as soon as it happened, she remembered Julia coming up to her apologizing in tears and staying with her and that meant something to her," Bell added. "Not only Julia seeing her remorse and Ashley forgiving her, they literally told each other they loved each other four or five times. Having done this job for a few years, I’ve never seen that. They both were there to speak their truths, to apologize and accept the apologizing."

On Monday evening, Crews' lawyer provided a statement to 5 On Your Side's Christine Byers.

“Officer Crews is relieved to have this matter behind her. We have maintained this was not intentional but an accident. We appreciate that the matter was able to be resolved through the Restorative Justice process with the St. Louis County Prosecuting Attorney's Office rather than a lengthy trial," Travis Noble added.

“Although the system is not always perfect, we are happy that Justice was achieved in this matter. We thank Prosecuting attorney Wesley Bell for his extraordinary efforts to do what is right and what is just,” said William Holland.

Before this case, this type of mediation had never been done before in St. Louis County.

But Bell made it clear, it won't be the last.

Gajwani explained they've handled about 200 of these mediations since 2016 and about 90% of victims said they are satisfied with the outcome.

"Victims get an opportunity to be heard, to talk directly to the person that's hurt them, they have a chance to be angry and emotional, sad and hurt, but they also get a chance to hear for themselves if the person who hurt them is truly sorry," Gajwani said.

Through some research on trauma, Gajwani learned victims need certain questions answered. They need to have a voice and a sense of what's happened to heal.

She added this isn't just important for the victim but also the defendant.

"The justice system is set up to go to trial, but 95% of cases don’t end up in trial, they end up in pleas. For the defendant, it's a really important mechanism for behavior change to be able to hear from the person that you hurt and to be accountable. Another big part of behavior change is building empathy because you've heard how badly you hurt somebody and how it's changed their lives in all sorts of ways and that's a really important thing for reducing recidivism," Gajwani  said.