Laila Anderson to receive the Musial Award for extraordinary character

ST. LOUIS — Laila Anderson will be among those from around the country to be honored at the Musial Awards.

Anderson is the recipient of this year’s Musial Award for extraordinary character.

She’ll be honored at the awards in St. Louis on Nov. 23. The show will also be seen nationally as a one-hour special on CBS on Dec. 21 at 1 p.m. 5 On Your Side’s Mike Bush is the host the Musial Awards.

The Musial Awards celebrate the year’s greatest moments of sportsmanship and those in sports who embody class and character. The national event and its awards are named for St. Louis Cardinals legend Stan Musial, a beloved baseball superstar and civic icon who personified sportsmanship. Produced by the St. Louis Sports Commission and the National Sportsmanship Foundation, the awards show takes place annually at Stifel Theatre in downtown St. Louis.

In September 2018, Anderson was diagnosed with HLH (hemophagocytic lymphohistiocytosis), a condition in which immune cells grow out of control and attack the body, causing organ damage. In Anderson’s case, the immune system was attacking her brain. She went through 10 weeks of chemotherapy to prepare her for a bone marrow transplant, which occurred in January.

Throughout the journey, she had the Blues organization behind her, particularly players Colton Parayko and Alexander Steen, with whom she developed friendships. Anderson had grown up a Blues fan, and the visits and encouragement from the team helped her through the most difficult of days. She in turn provided an inspirational boost to the organization. As Anderson’s outlook improved, so did the trajectory of the Blues’ season, going from the worst record in the NHL on Jan. 3 to Stanley Cup champions on June 12.

The Musial Award for Extraordinary Character is one of two special honors bestowed at the event. It recognizes an individual who demonstrates remarkable poise, perseverance and overall sportsmanship.

At the Musial Awards, Anderson will be recognized alongside individuals from around the country who are connected to inspiring displays of sportsmanship that represent the best in sports and humanity. Here are the recipients of the 2019 Musial Awards:

Bart Conner & Nadia Comaneci: The “first couple” of gymnastics will receive the Stan Musial Lifetime Achievement Award – the highest award for sportsmanship. The award is presented to iconic sports figures who exemplify sportsmanship and the qualities for which Stan The Man was known. Winners of a combined seven Olympic Gymnastics gold medals, Conner and Comaneci have led their lives inspiring others and contributing to the greater good. They are involved in several international charities, including Special Olympics, and remain visible ambassadors of the sport of gymnastics. At the 1976 Olympic Games, Comaneci became the first gymnast ever to score a perfect 10. Conner is the only American male gymnast to win gold medals at every level of national and international competition.

Jerod Aker & Jeff Shillington: In the spring, Aker and Shillington, rival high school baseball coaches from the Phoenix area, worked together to set the stage for Julian Erives-Beltran, a student with Down Syndrome, to appear in a game between their teams. And it wasn’t just any game. It was a region final with Aker’s Apollo High School team and Shillington’s Sunnyslope High School squad battling for playoff seeding. In the bottom of the first, the teams put aside all that was on the line to give Erives-Beltran an at bat. He put the ball in play and the Sunnyslope players proceeded to intentionally throw the ball around the field, allowing Erives-Beltran to circle the bases for a home run.

Marek Bush: In a high school wrestling match in New York in January, Bush, a 2018 state champion, was trailing a rival wrestler 7-0 when his opponent was injured with less than a minute left. The opponent chose to finish the match rather than forfeit. Bush could have easily pinned his opponent at that point, turning a sure loss into an easy win. Instead, he made no moves and allowed his rival to ride out the win. The crowd in attendance gave Bush a standing ovation, and the referee called his actions “the pinnacle of class.”

Henry Frasca: As he prepared to watch his beloved Boston Red Sox host the Baltimore Orioles in April, Henry Frasca had a letter prepared for a member of the opposition. Orioles first baseman Chris Davis was in the midst of a record 0-for-54 hitless streak. Leave it to a nine-year-old Sox fan to pick Davis up. Frasca wrote a heartwarming letter of encouragement to Davis that said, "The way you play baseball has nothing to do with how good a person you are. Also, you are incredible. You played in the MLB for a long time, and everyone goes through a slump. Don't give up. We're rooting for you." The letter found its way to Davis before the game. He read it and proceeded to break out of the slump with a two-run single in the first inning.

Chris Kerber: The radio play-by-play voice of the St. Louis Blues selflessly gave up his spot in the broadcast booth in the second period of each game of the Blues-Bruins Stanley Cup series so that John Kelly would have a chance to call a Stanley Cup final. As the Blues TV voice, Kelly has followed in the footsteps of his father, Dan Kelly, a broadcasting legend and beloved Blues announcer. But unlike his dad, who called 16 Stanley Cup finals, John never had that chance. Due to the NHL’s national TV rights deal, the local TV announcers don’t get to call games after the first round of the playoffs. But when the Blues won the Western Conference finals, Kerber pulled Kelly aside and told him they’d be working the Stanley Cup series together.

Darius Kruah: A fifth grader from North Augusta, S.C., Kruah was leading an elementary school running club race in May. Victory seemed inevitable in the 100-meter run. Until one of the competitors stumbled and fell. Despite holding the lead and just steps from victory, Kruah stopped and turned back to check on his opponent. "He wasn't going to be able to win the race, and that wouldn't be fair," Kruah said. "So I thought that I would just lose the race with him just to help him and see if he was OK."

Laura Mazur and Jessica Robertson: Complete strangers, Mazur and Robertson found each other struggling at the back of the pack of this year’s Pittsburgh Marathon. They persevered, encouraging one another to keep going, which they did, and they crossed the finish line hand-in-hand. They provided a heartwarming example of competitive camaraderie. 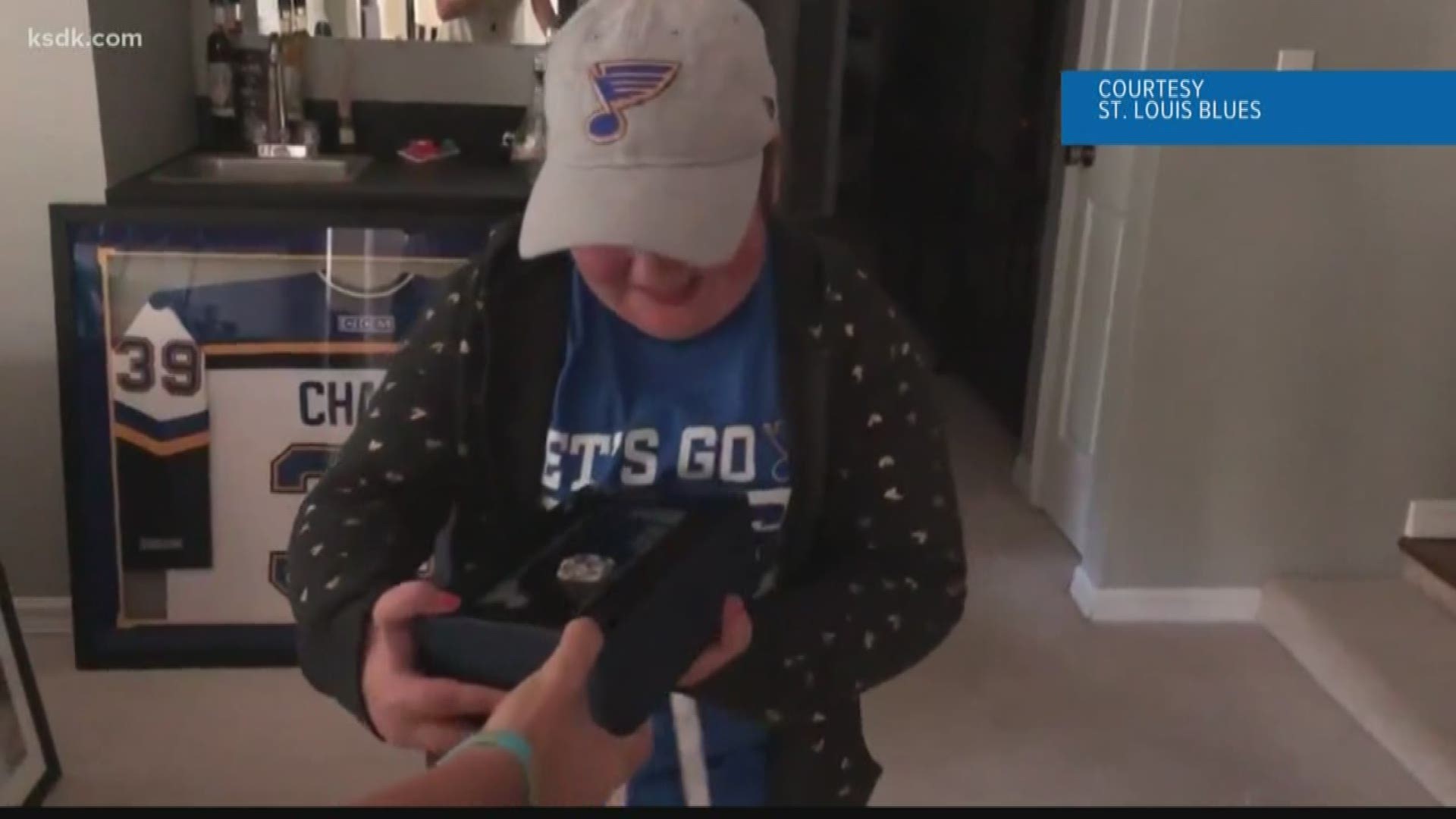