Life Outside of Violence: New hospital partnership to stop violence

The program offers immediate therapy and counseling to victims of violence while they're still in the hospital, to help them cope with trauma. 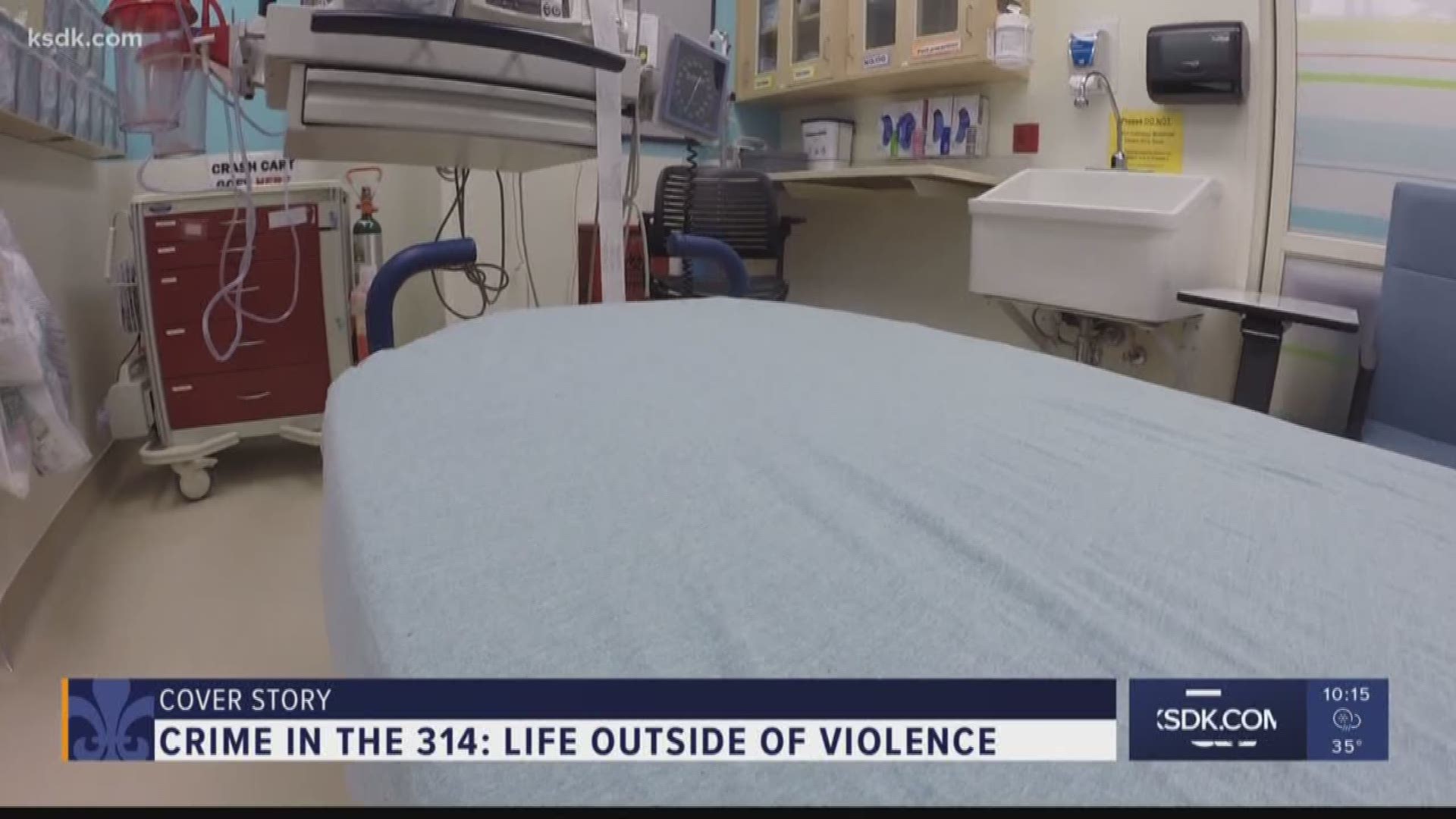 ST. LOUIS — A single St. Louis mom worked for 17 years to give her only son the best life she could give him.

She got him involved in church and sports for more than a decade, but with the single pull of a trigger, all of her hard work came to a devastating end.

She hopes the only program of its kind in the country will stop other St. Louis parents from living the nightmare she endures.

Damani Aitch threw a football like a champ ever since he was a little kid, but the field wasn't the only thing he had an eye for. His mother, Kimberly Jones, said he was creative enough to draw whatever he could think of in his mind.

Jones said she surrounded her son with loving mentors and church leaders to keep him on the right track, but it didn't stop someone from taking his life on December 5, 2016.

Jones said her only son was shot and killed in cold blood in a drive-by after he left a basketball game. He was sitting in a car on Riverview Boulevard near Northwest Middle School. Whoever murdered Damani is still out there somewhere, possibly spreading more violence.

The story of his tragic murder is what's behind a new program focused on the hundreds of young people getting shot in our city. The only way in the program is by ending up in the emergency room.

Dr. Kristen Mueller has saved the lives of hundreds of people who have been shot in St. Louis over the past eight years. She said the best way to treat a bullet wound is to prevent a person from ever having one in the first place.

Mueller helped spearhead a program to literally stop violence in its tracks. It's called Life Outside of Violence.

The program offers immediate therapy and counseling to victims of violence while they're still in the hospital, to help them cope with trauma.

Life Outside of Violence Therapist Melik Coffey said therapists are on hand to offer victims between the ages of 8 and 24 emotional support while they are still in the hospital. It allows the victims some psychological help almost immediately.

The emotional guidance can lessen PTSD symptoms and reduce the chance of a victim retaliating, by committing a violent act himself. The therapists can even go to a victim's home to make sure they're OK and assess their needs.

It's support Jones appreciates, after losing her only son, Damani. She prays the cycle of violence ends, so other parents are left looking for answers and fighting for strength.

For more information on Life Outside of Violence, click here.