Before they could rescue him, crews had to stabilize the car to keep it from tipping over. 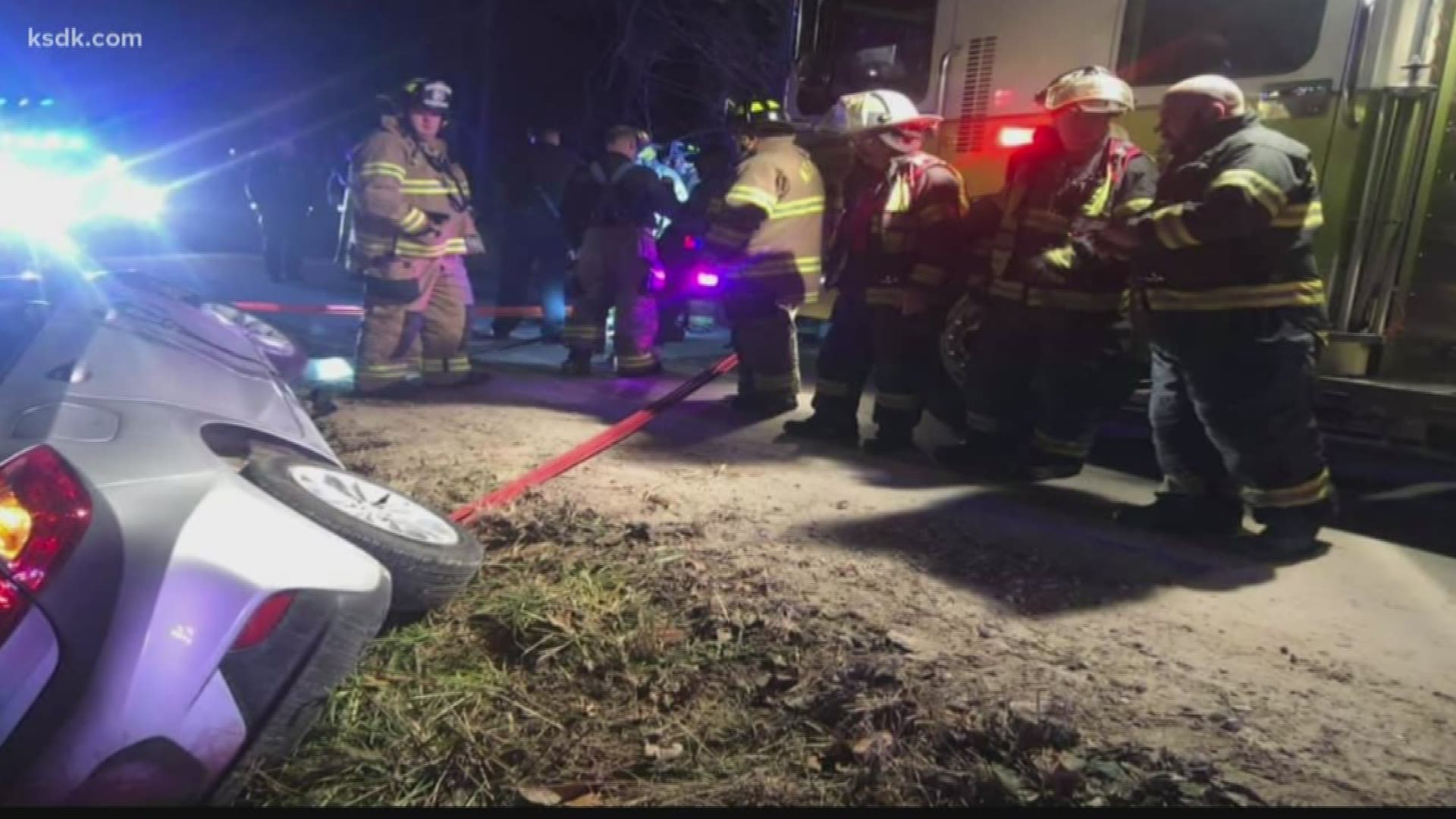 OLD MONROE, Mo. — Emergency responders were able to rescue a man whose car was in danger of tipping over into a water-filled ditch.

Winfield Foley firefighters responded to the 600 block of S. Lindsey Road at about 7:20 p.m. Saturday. When they got on the scene, they found a car off the side of the road, sitting on top of a box culvert that’s used for stormwater.

An older man was trapped inside the car.

Winfield-Foley Fire Protection District Assistant Fire Chief Aaron Lee was surprised by what he saw when he responded to the crash.

"I pulled up and was like, 'Holy cow, someone is still in the vehicle!'" Lee said.

"We had four or five trucks there with all our rigging. It takes a lot of personnel to perform that kind of rescue," Lee said.

Before they could rescue him, crews had to stabilize the car to keep it from tipping over. They rigged up some rope, tying the car to a firetruck.

Once secured, firefighters were able to quickly get the man out of the car. He wasn’t injured.

"We train for this quite often and our training came into play. He was very lucky," Lee said.