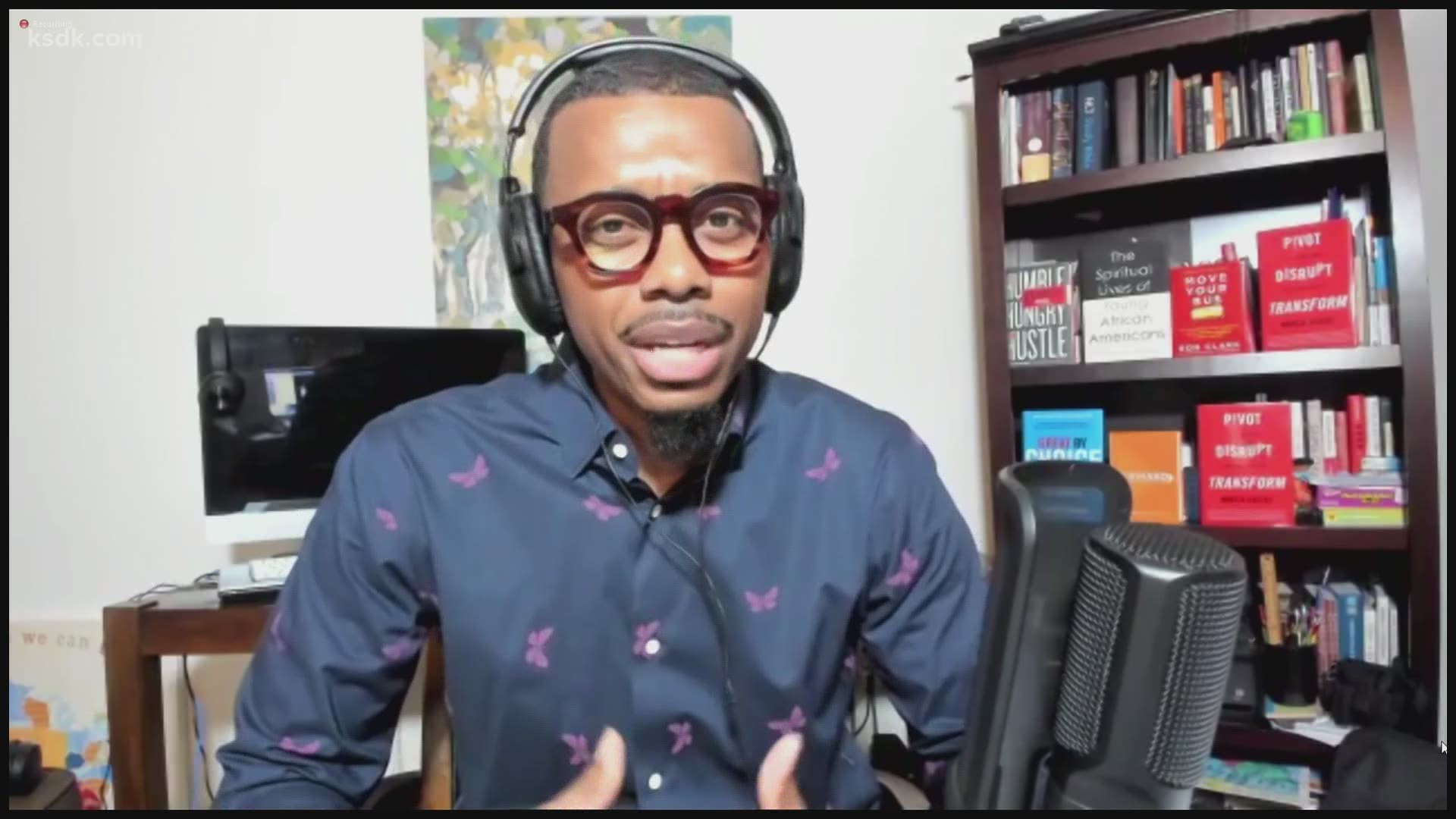 ST. LOUIS — A Metro East pastor who has dedicated his life to bringing people together shared some powerful words about how he’s feeling.

Hawkins said he is both trying to grieve and be a leader at the same time with everything that’s going on.

“We just embrace the reality of our feelings. We are grieving…a lot of what we are seeing are the symptoms of a core issue and so for as a community of people of color we have been feeling this for a while so am I required to both grieve and it rips my heart – as well as lead… so I am kind of in between both worlds,” Hawkins said on Today in St. Louis.

Hawkins said to move forward with real change he thinks we need to embrace the ‘messy middle.’

“Well I think for one – we embrace the messy middle, which is where we are. And so right now I’m working through some talks with my congregation and also from some of my Caucasian brothers and sisters that we partner with.”

“One of the things I’m going to say to them is and are saying to them is the three S’s – see, say, solve.”

He thinks the people of St. Louis can lead the charge in reconciliations and solutions for what it means for people to come together.

“First, we have to see the problem as a problem and we have to say something and advocate we have to have actual informative, transformative conversations – not just hand holding and lighting of a candle, but actual and the last one – saw, we have some of the most brilliant business minds, clergy minds, health care minds, scientists in the St. Louis area. I believe St. Louis can lead the charge in reconciliation and solutions towards what it means for us to come together."

Hawkins said he believes this is a time where people should take advantage of the moments to see and listen.

“Now we have to see something that has been repeated over and over again and I believe that this is a watershed moment. “I don’t think you teach seeing, I think right now we have to take advantage of the moment to see and moment to listen.”

Pastor Hawkins’ message to St. Louis during this time

“I believe we can truly level this moment, that it can lead to what will be considered a strong sense of reconciliation – not just a photo-op – but an actual what does the future look like, what does the next 20 to 30 years look like. For me, I’m an advocate for my son and my son’s generation – who is 10 years old – and I want to see him be able to never have to see this again, so that brother and sister – black and white – people of color all around can actually move the pain forward because we need each other.”

Want to help? Organizations looking for and offering support after Minneapolis unrest