“People just don’t want to do it,” said Dang. “I think they’re trying to push for the $15 minimum wage." 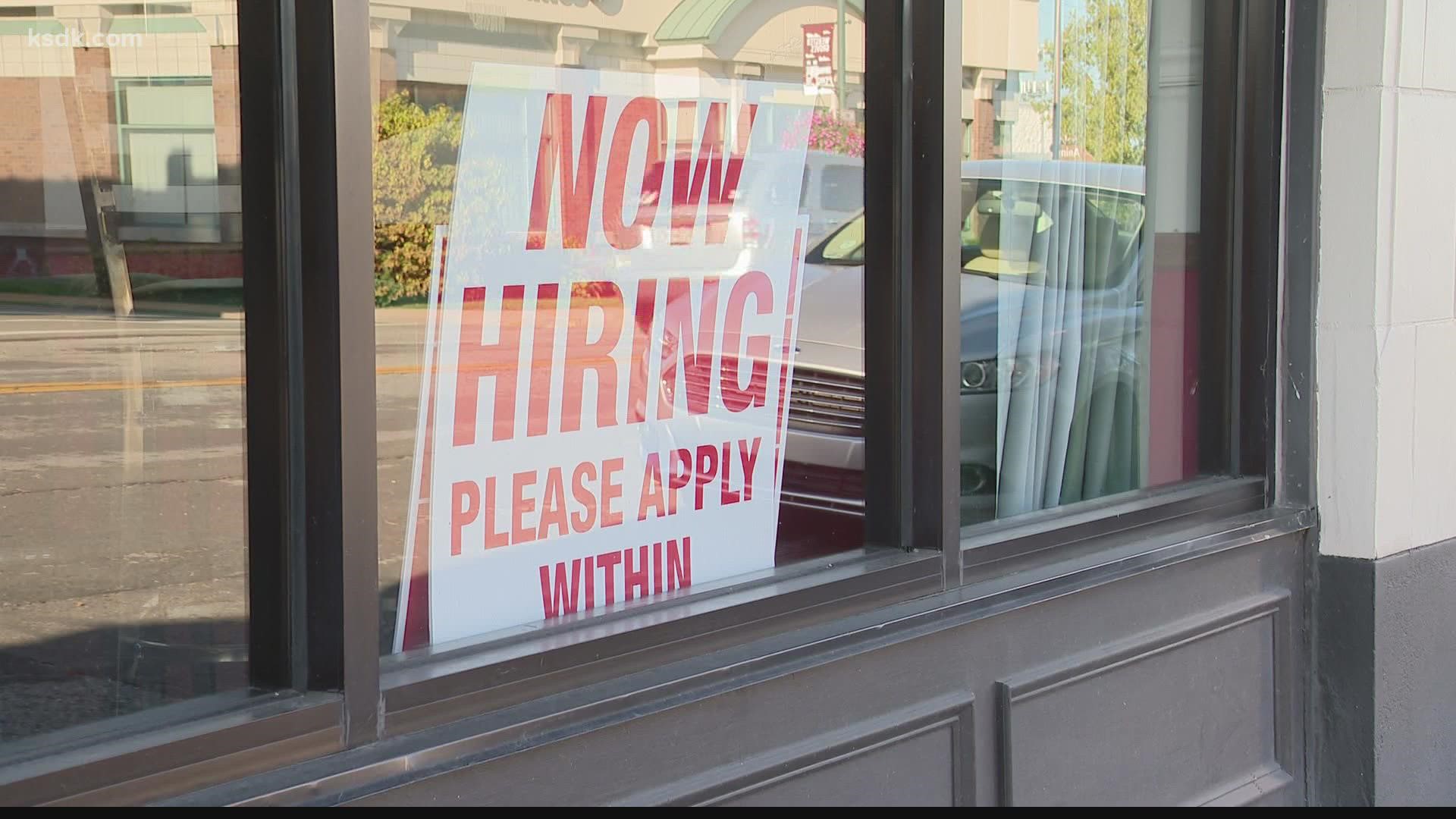 ST. LOUIS — Employers are hiring, and paying a premium to do it, but help wanted signs are still hanging everywhere you look.

“One of the biggest challenges is to find people,” said Joseph Dang, General Manager of Blue Ocean.

With "help wanted" signs seemingly everywhere you look, local restaurants have been forced to get creative to keep the doors open.

“We don’t have enough staff, so we had to shorten our hours,” said Dang.  “Weekends we are able to extend our hours a little bit for full service all day.”

Short on staff, Blue Ocean General Manager Joseph Dang was forced to close his dining room and jump back into service.

He’s had a few applicants come in for interviews, but he keeps running into the same problem.

“They ask me for a ridiculous amount of money for pay,” said Dang.  “As a server or something, they’re asking for $15 or $18 an hour plus tips. We can’t afford that. We’re trying to stay afloat as well.”

This problem isn’t unique to the restaurant industry.

“People just don’t want to do it,” said Dang.  “I think they’re trying to push for the $15 minimum wage instead of waiting for the 5 years for it to fall into effect.”

Missouri’s monthly jobs report shows that more than 73,000 people have gone back to work since August of 2020.

“Stay positive, stay focused, things should turn around,” said Dang.  “All we can do is just hope.”