Around 64,000 requests for absentee ballot requests were voided by Judge Ian Thornhill's ruling. 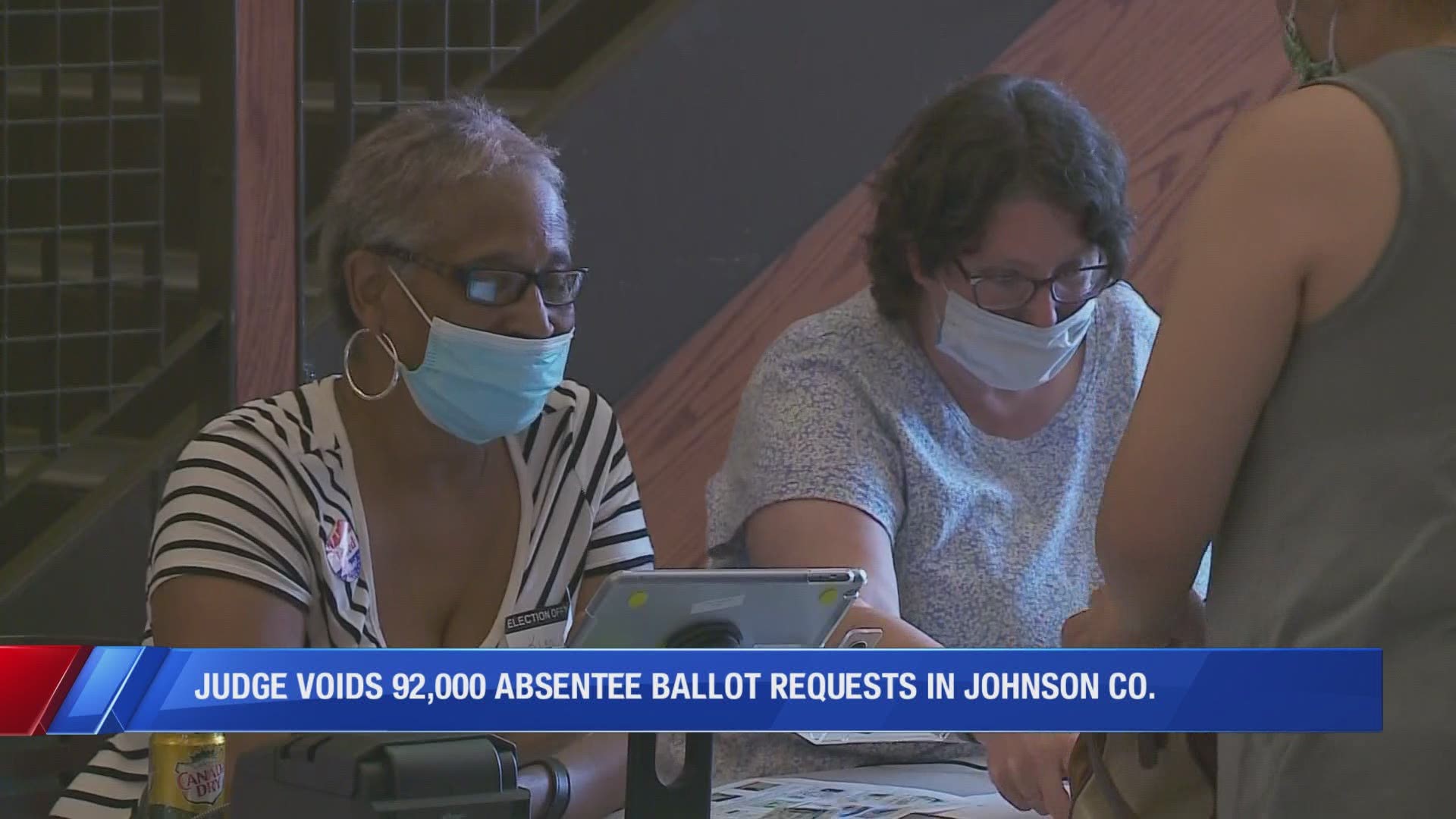 An Iowa judge has voided absentee ballot requests in Johnson County, where the county auditor had mailed 92,000 of the forms to voters with personal information already filled in.

It’s the third county in Iowa to have the ballot request forms voided after the campaign of President Donald Trump and state and national Republican Party groups challenged the county election officials. Judge Ian Thornhill sided with the Trump campaign in the Johnson County case on Saturday.

He earlier ruled similarly in a Linn County case, and Judge Patrick Tott also found in favor of the Republicans in a Woodbury County case.

Those rulings voided about 64,000 requests for absentee ballots.

RELATED: Your voting questions, answered: How do you surrender your ballot and how can you track a ballot?