Local restaurant closing for rest of year due to staff shortage

“We really had some troubles with employees keeping them and showing up,” said Cordie 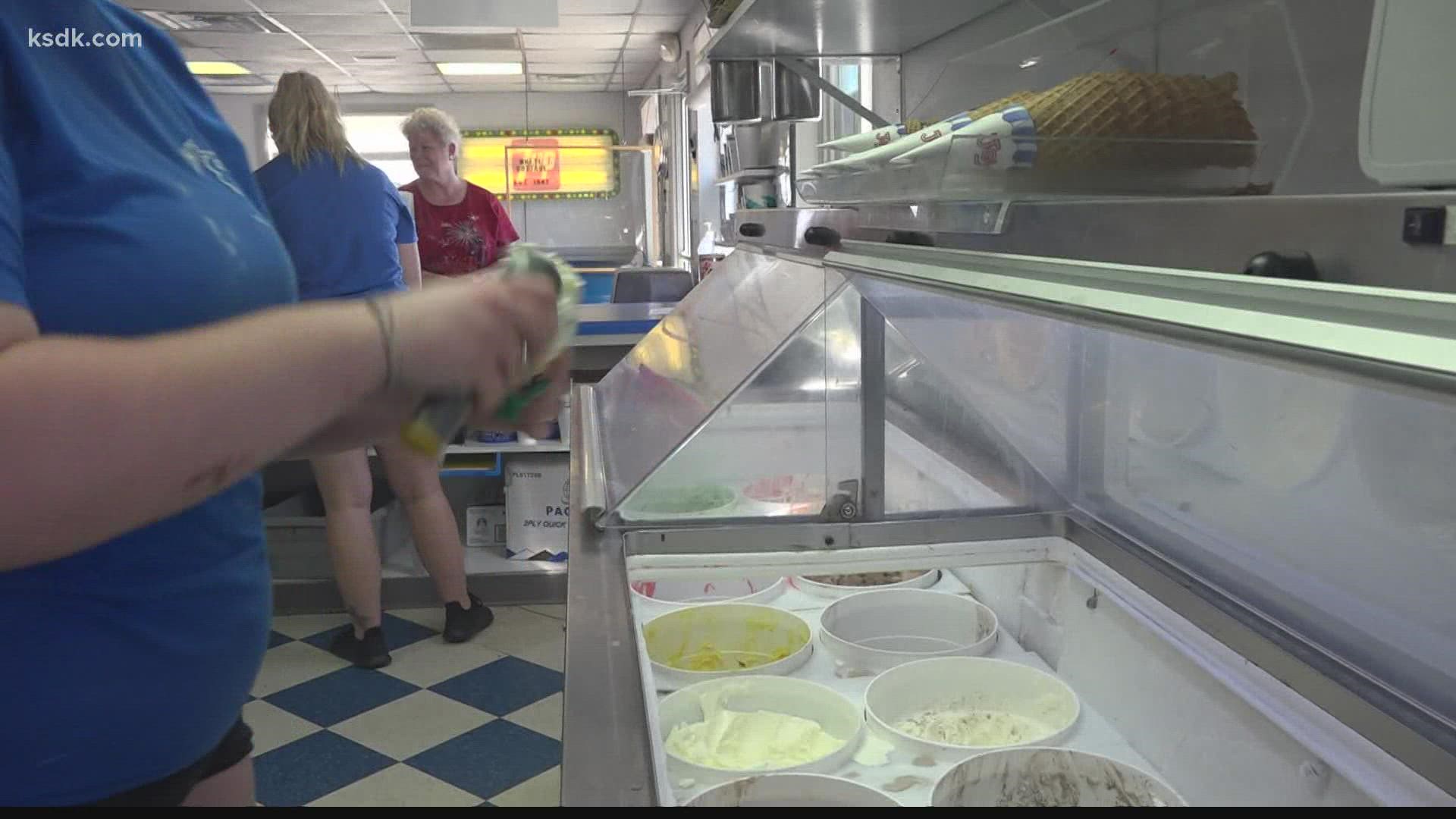 BELLEVILLE, Ill. — A staffing shortage is forcing one of the area’s oldest ice cream shops to close its doors before the first big freeze.

For the past 74 years, people from around the Metro East have flocked to White Cottage for their favorite tasty treats.

That reputation helped White Cottage keep the doors open during the pandemic.

“We have a great following,” said owner Chris Cordie. “Our customers are very good with us.  At the very beginning of all of this, they worked with us as we learned a way through it.”

As a seasonal business owner, Cordie said he’s used to losing staff towards the end of summer.

“We usually have the same kind of thing every year,” said Cordie. “We always have a couple that go away to school and stuff like that. Usually, we’re prepared for that more.”

This year, the lack of staff is forcing White Cottage to close the doors at least one month ahead of schedule.

“We really had some troubles with employees keeping them and showing up,” said Cordie. “That was one of the biggest things showing up. Some nights four of the five (employees) wouldn’t show up. You just had to figure it out and get through it.”

“It’s been a long year, but we got through it,” said Cordie.

Cordie said he’s going to take that extra month of downtime and really shake things up around his business before opening for a 75th season in early March 2022.