St. Louis County parks officials said they aren't exactly sure what caused the sinkhole, but they have a couple ideas 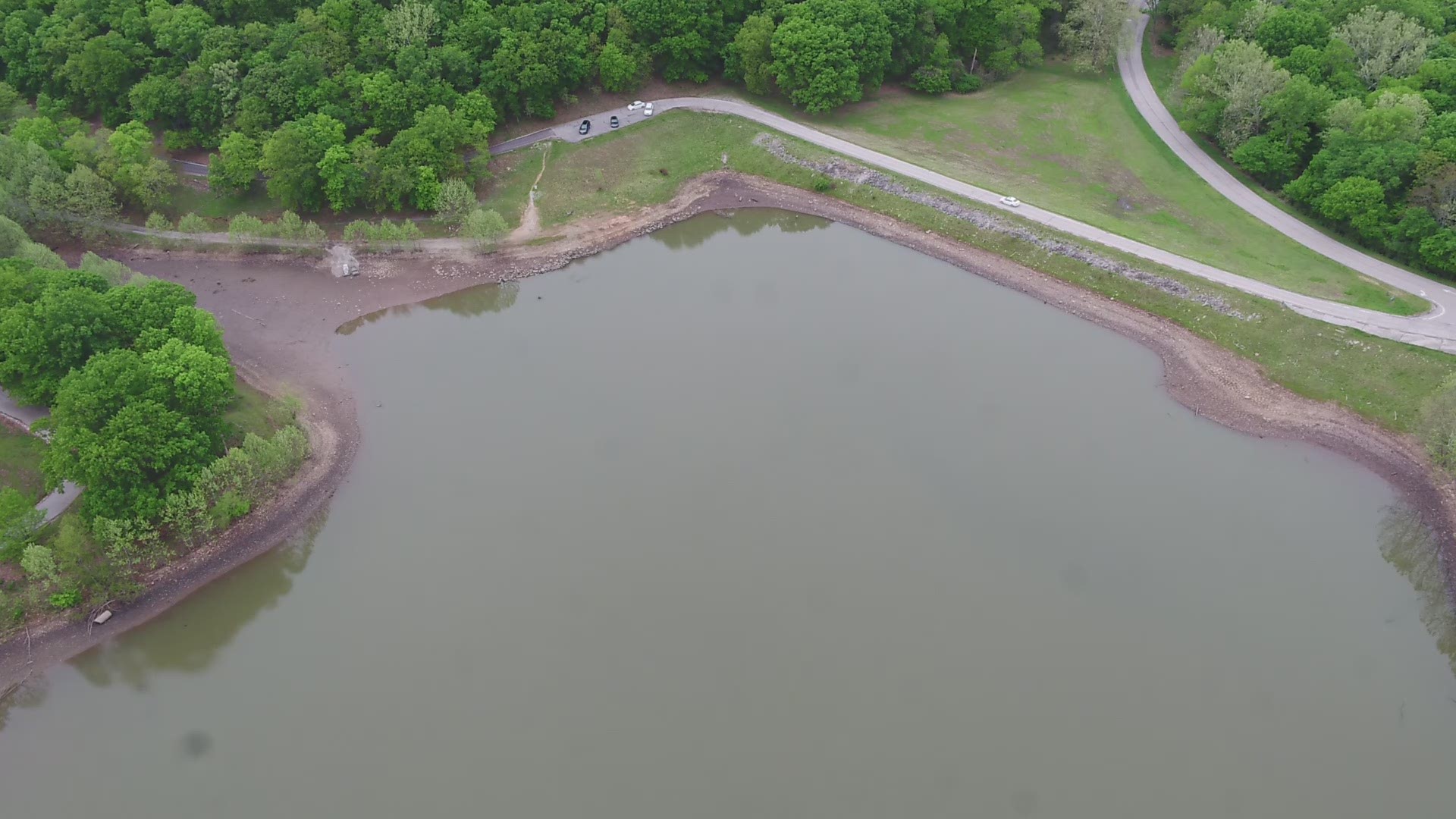 ST. LOUIS COUNTY, Mo. — A sinkhole the size of an SUV is draining the lake at Lone Elk Park.

The St. Louis County parks department employees first noticed the lake’s level was lower over the weekend. Then, they discovered the hole. So far, they estimate it has drained about one-third of the man-made lake – and counting.

County parks design and development manager Tobi Moriarty pointed to a couple of possible explanations for why the hole opened up, including the recent 2.4 magnitude earthquake that rumbled in Eureka and the park on April 20.

“It could be the additional head pressure from the higher lake elevation, but it very easily could've been that earthquake. That would make a lot of sense,” Moriarty said.

Park officials haven’t been able to get exact measurements of this most recent sinkhole, but anticipate it’s similar to the one from 2016.

Moriarty also noted that there’s no reason to be concerned for the animals or the stability of the lake. Since the lake is man-made, created on rock bed, sinkholes are bound to happen and are considered normal.

As for the elk and other creatures that call the park home, park officials said there’s still plenty of water for the fish to survive and for the other animals to drink.

“The aesthetics is the biggest park of this lake. And people come here and expect to see a great, big beautiful lake, and we'll try to get it back there for them as soon as possible," Moriarty said.

There’s no timetable for when the hole will be filled.

We sent the 5 On Your Side drone over the lake to get an aerial look at the sinkhole. You can see it for yourself in the YouTube video below or in the video player above the story.