9 year old Kaiden Whaley will be the youngest honoree on Saturday at the Musial Awards in St. Louis. 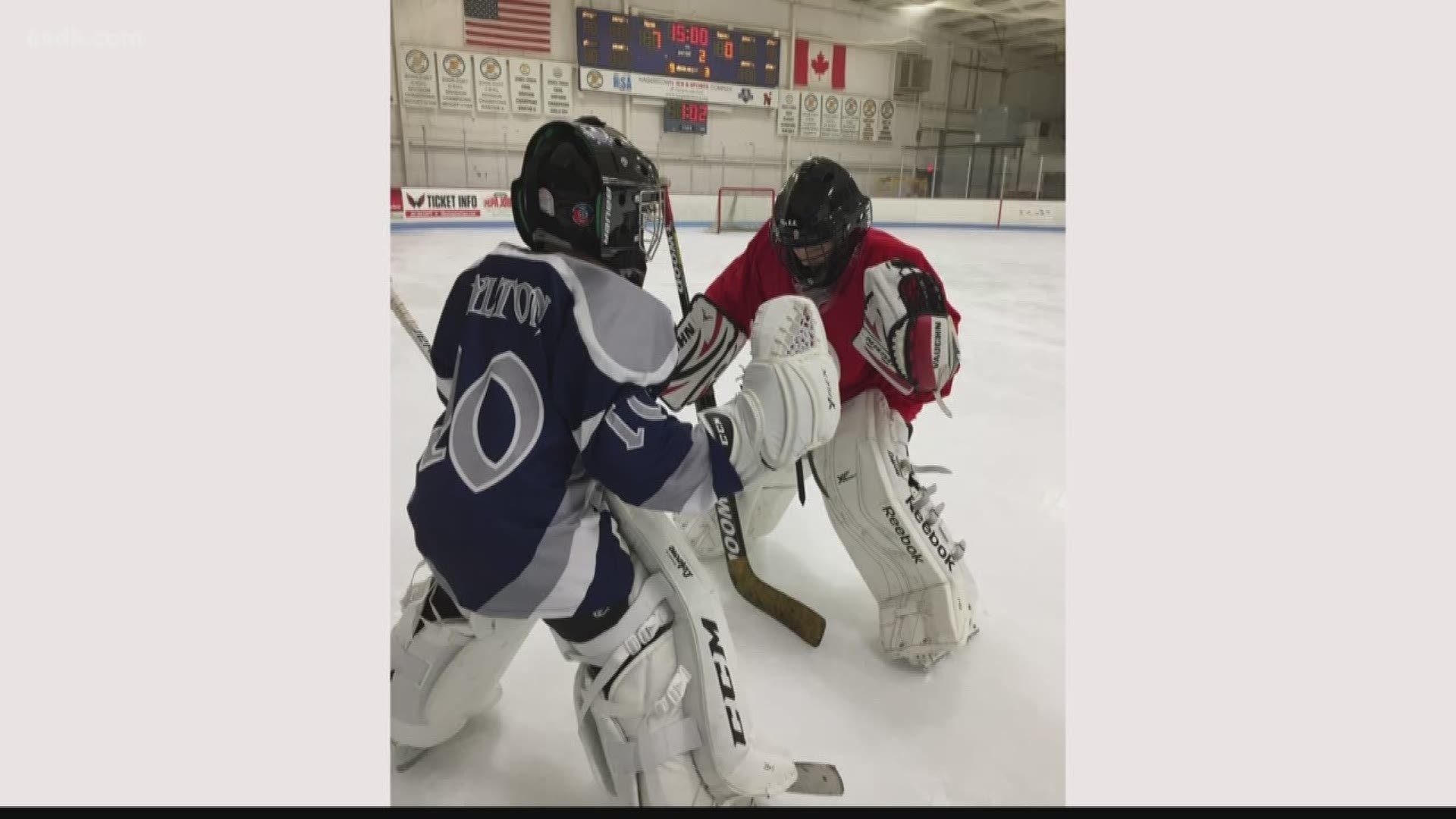 HAGERSTOWN, Md. — Sometimes, the warmest place you can be is on cold ice.

Just ask the Georgetown Titans who've made the 90-minute trip to Hagerstown, Maryland, to take on the Hagerstown Junior Bulldogs.

It's recreation-level hockey where if they emphasize anything it's that winning isn't everything.

"Kids have fun when they win but the goal at this level was to get them familiar with the sport and to have a good time," explained Bulldogs coach Adam Keath.

In school, he might like reading and math but at the rink, he's got his position down to a science.

"You need to be able to get the positioning down, "says Kaiden. "Time your butterflies right, there's a whole lot. It's challenging."

And when in doubt, his goalie coach, Kaiden's dad is always in shouting distance.

"The first thing is keep your stick down. He has a tendency to hold the stick up," Shane Whaley, Kaiden's dad, said with a laugh.

Kaiden clearly loves it but as everybody found out, his passion is just secondary to his compassion.

You see, the last time these two teams saw each other, the Titans showed up one man short.

"Right when I came in the door my coach announced that our goalie was sick would anybody like to substitute?" Leopold Hylton said.

The 9-year-old Hylton is a forward. He's used to trying to score goals not stop them. But he volunteered.

"We melted," said Anna Hylton, his mom. "My husband and I were thinking how on earth?"

And what did he know about being a hockey goalie?

In fact, at the time Leopold wasn't even sure how to put on the equipment.

And when the game began it was pretty clear that while Leopold had the will he did not have the skill.

"We were putting the hurt on them pretty bad," remembered coach Keath.

The game had barely started and it was all but over.

"They scored 7 in the first period," said Leopold.

As the period was coming to an end, it wasn't surprising that Leopold was feeling pretty down. But so was someone else.

"Yeah, because Leopold was a brand new goalie and I kind of felt bad that he was doing pretty bad," Kaiden told us.

So, when the first-period buzzer sounded, instead of skating over to huddle with his teammates, Kaiden took a detour.

"He skated right past our bench," said Kaiden's dad.

"I went over tapped him on the shoulder and I helped him on his stance and positioning," Kaiden recalled.

That's right. A Bulldog helped a Titan with a three-minute goalie clinic.

"At first I was like, why is here?", said Leopold. "But after he helped me I realized he was trying to help."

This wasn't the first time, Kaiden showed his heart. His family used to live in Georgia and once at an Atlanta Braves baseball game he caught a foul ball and gave it to a stranger. A young girl with cancer.

"He got up and walked over to her and handed it over and came and sat down and his and his face was bright red and smiles and all the fans just exploded," remembered his dad.

"Cause I thought it was the right thing to do," Kaiden told us.

After he got a few pointers, Leopold got better. He only allowed four more goals the rest of the game.

"It made me feel a lot happier," Kaiden said with a smile.

The clinic lasted only three minutes but the lesson lasted much longer.

"We can learn from their stance on life," Anna Hylton pointed out. That we don't have to be enemies. That life is much better when we work together."

One young man showing that the most important piece of equipment a goalie can have isn't his mask or his pads, it's his heart.