Baby treated at Children's Hospital is a medical mystery

Her medical issues were so rare they couldn't be found in medical journals. Her parents were determined to get answers and are now making a difference for other families. 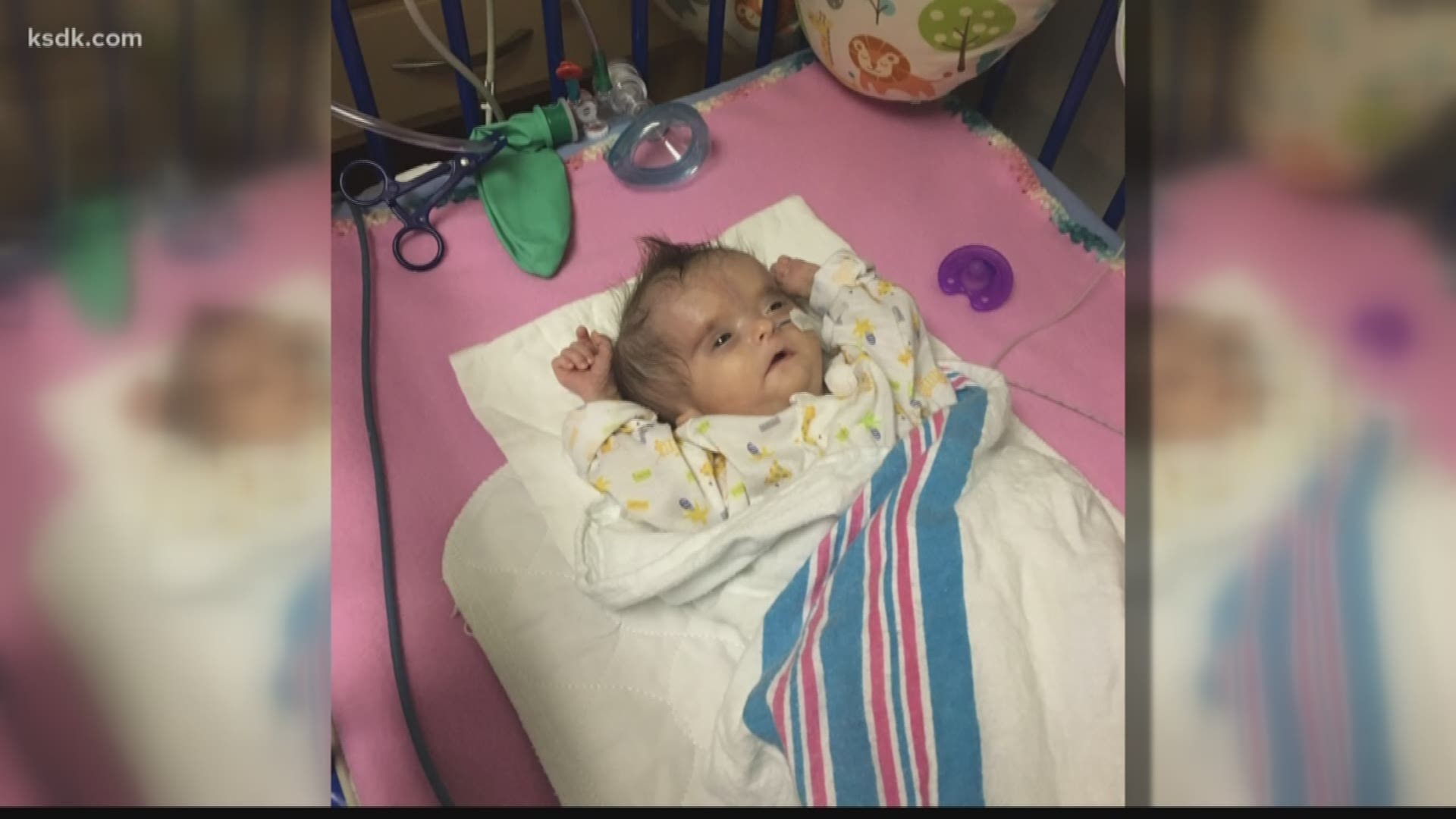 Hannah Macari is just a couple of months old.

"She is a really good baby," her mom Leslie said.

The fact she's a blessing for the Macari family is indisputable, but her older sister is a miracle.

Before she was even born, doctors determined there was something wrong.

Gabby weighed just 3 pounds, 12 ounces at birth. She had to be whisked to the Neonatal Intensive Care Unit at St. Louis Children's Hospital. Still, her symptoms didn't match up with any known disease.

"That was a very hard moment. It was unbelievable," Leslie said.

"To us at the time, it was really shocking that the world of medicine still had undiscovered territories," said Mike Macari, her husband.

After weeks of tests, she was enrolled in a study by the Children's Discovery Institute, which is a partnership between St. Louis Children's Hospital and Washington University in St. Louis. The institute does extensive research on childhood diseases.

"What it did is peel back the onion on her genetics, on her DNA," Mike said.

The family finally got some answers.

Neonatal Progeroid Syndrome is so rare, there are only about 40 documented cases in the world, but Gabby's mom went to work scouring the internet to find other families.

"She winds up — very long story short — finding seven other families from Australia, London, a bunch in the United States," Mike said.

"With that and those families, I've been able to come up with strategies and ideas of what's really going on with the syndrome," Leslie said.

And those strategies seem to be paying off.

Gabby has her challenges. She's still only 20 pounds, fed by a feeding tube and is learning to walk again after knee surgery. But her mom says she's still a happy little girl.

"Despite all the poking and prodding and doctors appointments, she's very happy," Leslie said.

And those other families Leslie talks to? They are now enrolled in the Children's Discovery Institute study to help get answers for future babies born with the syndrome.

"I think her parents deserve an enormous amount of credit for loving Gabby in a way which helps her be the best that she can be," Dr. Cole said.

"Every day is beautiful. Every day is a day we didn't think we were going to have," Mike said.

Their determination is helping researchers get to the bottom of a medical mystery and helping a young girl be the best she can be.