Seven-year-old Henry asked Paul Goldschmidt to hit some homers for him. Goldy delivered. 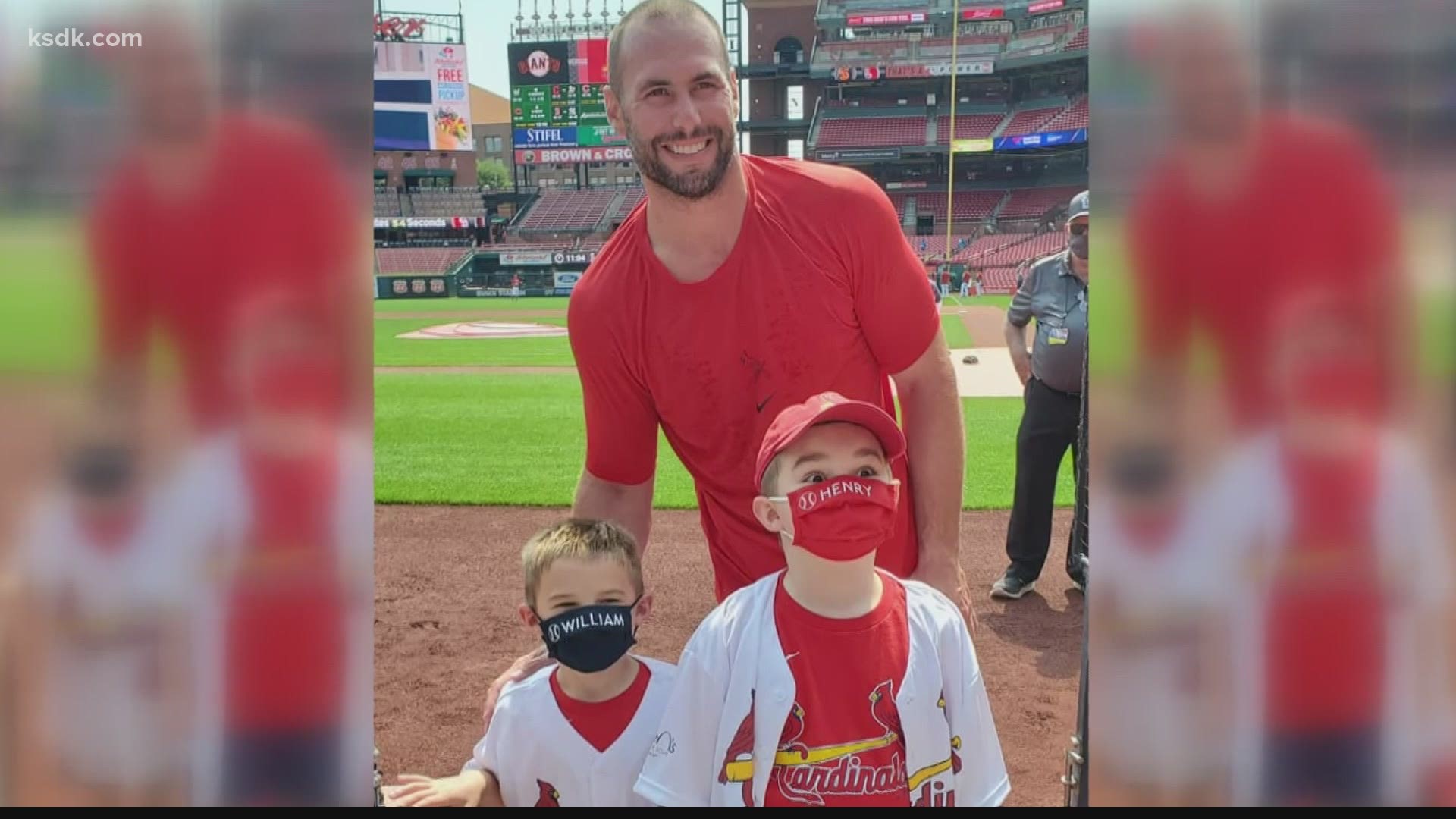 ST. LOUIS — Not all heroes at Busch Stadium wear a Cardinals uniform.

Seven-year-old Henry Nix and his family arrived early for a chance to meet his favorite home run hitter.

"We're just really grateful for this opportunity and we can't wait to meet him," said Rebecca Nix, Henry's mom.

If the fans knew what he'd been through, it would be Henry getting a curtain call.

According to his parents, Henry can be both charming and stubborn.  We saw the charming Henry as he showed us around his room.

He was recently diagnosed with autism but last March things got frightening.

"He started having seizures at night," recalled Rebecca.

After a battery of tests, Henry was rushed to St. Louis Children's Hospital where the doctor delivered devastating news.

"He said they found a mass in his brain and they need to operate," remembers Will Nix, Henry's dad. "We were wondering if we were going to get our little boy back."

The 14-hour surgery to remove a brain tumor was a success and then Henry discovered the healing power of kindness.  Robo-Paul stopped by for a visit.

Because of COVID-19, Cardinals slugger Paul Goldschmidt teamed up with Children's Hospital to visit patients via an iPad on top of a robot.  And he and Henry hit it off.

"It was a nice visit and it definitely cheered him up," says Will.

Henry even asked his new friend, Paul, if he would hit a home run for him.  No promises of course but then he hit one that night against the Dodgers.

About three weeks later, Robo-Paul was back to check in on Henry and Henry asked for another homerun.  Again, no promises but he hit another home run!

Henry's road to recovery has led him out of the hospital to Busch Stadium where the Cardinals invited him to meet not Robo-Paul but, the actual Paul Goldschmidt in person.

"It's just great to get to meet him in person and happy that his health has been improving," said Goldschmidt.  "To be able to put a smile on his face and his family's face is something I don't take lightly and just happy for the opportunity."

Henry even got the honor of throwing out the ceremonial first pitch.

"It'll be a memorable experience for his whole life," says his mom.

Henry will still need to make regular visits to Children's for check-ups but for now, he's given that tumor the punch out and is hoping to see some home runs in person.

"I told him if he wants me to hit a home run, he's going to have bring me some good luck. So credit goes to him more than me and hopefully there will be more to come," said a smiling Goldschmidt.

A baseball hero lifting a young boy and the other way around.