6-year-old Paris Williams has delivered more than 700 care packages to the homeless in downtown St. Louis. Now, she starting a toy drive for Christmas 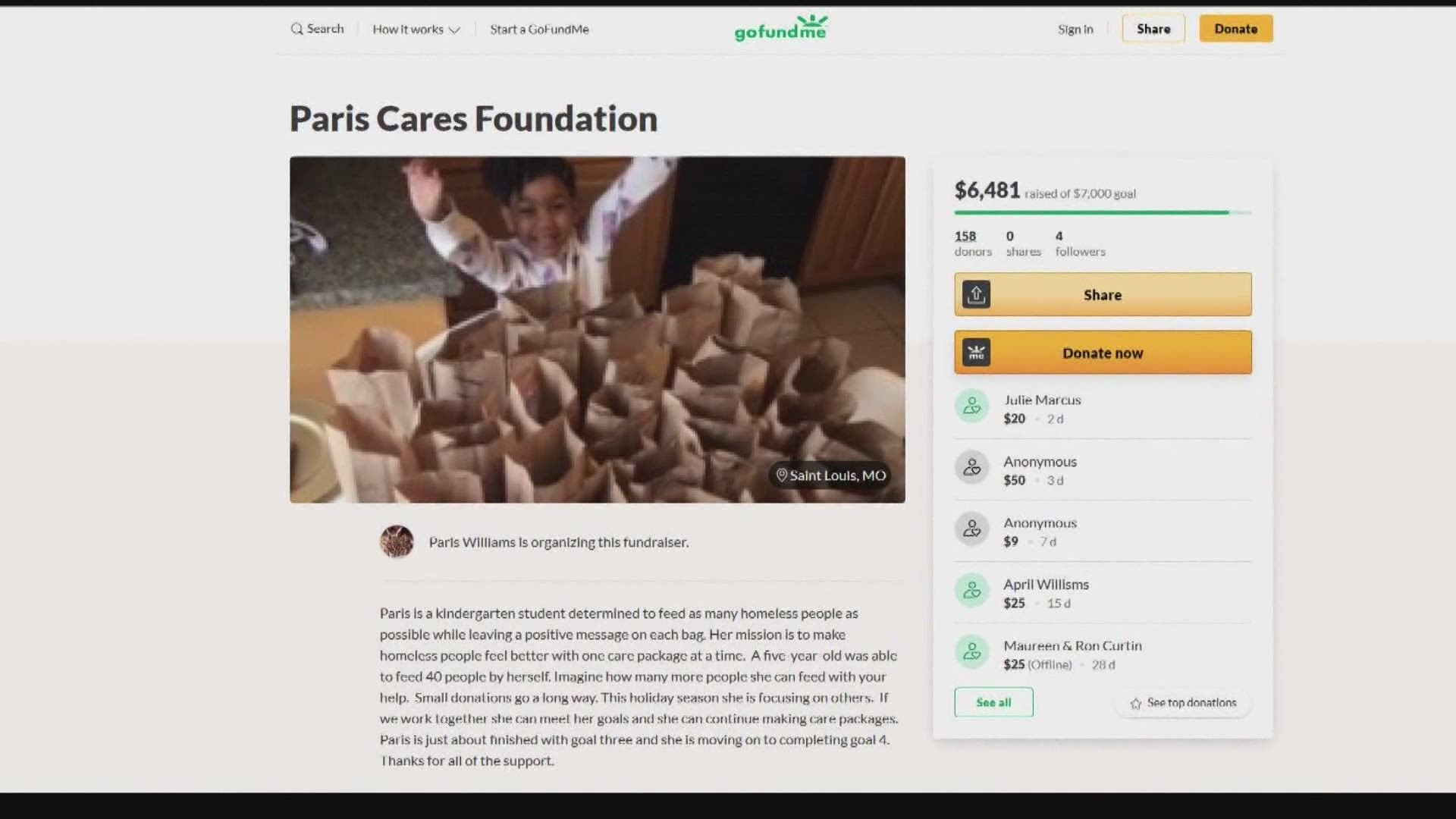 KIRKWOOD, Mo. — At first glance, Paris Williams is just like any other first grader.

"Paris is very outgoing, she's very caring. She likes to be involved in different activities," explains her mom Alicia Marshall.

But how many 6 year olds do you know that have their own charitable foundation?

"Paris Cares Foundation is the name of my organization," says Paris.

That's right, with help from her mom she started the ParisCares foundation to help feed the homeless.

It all started in when she was in kindergarten and her class read the book "One Boy's Magic" by Cari Chadwick Deal.

"In the book, "Paris tells us, "he was giving bags to the homeless and I just thought maybe I could do that thing."

"So we went to the store and we got some gloves, some chapstick, some water, "adds Mom.

They started filling what are now known as Paris Care Packages.  And Paris personalizes every package.

"I think there are a lot of homeless people and I just want to feed them all. That's one of my goals, "says Paris.

So far, she's delivered over 700 Paris Care packages to the homeless downtown with more on the way, thanks to in part to her team of angels.

"Just our neighbors and people in school, "says Mom. "Family members have been giving us donations and food and items to continue throughout this process."And with the holiday season approaching, the Paris Cares Foundation is expanding.

She's selling Fashion T-Shirts because she wants to start a toy drive.

"Because I want homeless kids to still have some toys to play with on Christmas, "Paris explains.

We try to teach our kids about kindness but sometimes they teach us.

"It makes me feel joyful that homeless people have food to eat. Even if they don't have houses they still have food, "Paris tells us.

One young girl showing us that the smallest people often have the biggest hearts.

"Just think how impactful it would be if everybody would do one small act of kindness a day, "added Mom. 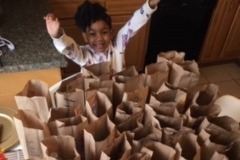 Paris Cares Foundation, organized by Paris Williams
Paris is a kindergarten student determined to feed as many homeless people as possible while leaving a positive message on each bag. Her mission is to make homeless people feel better with one care package at a time. A five-year-old was able to feed 40 people by herself.