Coach Marlon Wharton helps young men rewrite their future prospects as they develop a brotherhood and get accepted into college. 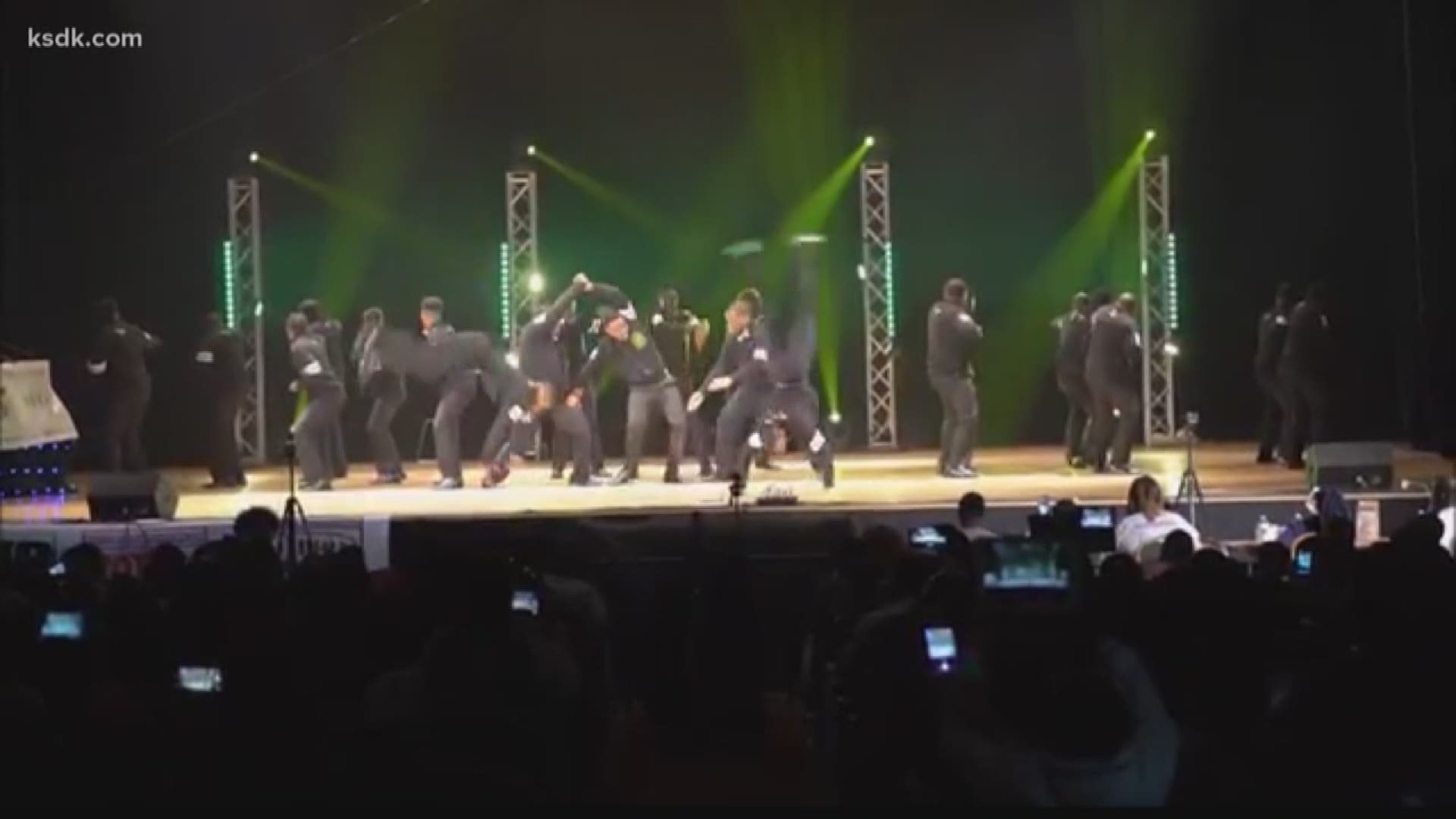 "You gotta work for what you want," 17-year-old Quincy Benson said.

The Gentlemen of Vision — one of the most decorated high school step teams in the country — is practicing for the third afternoon this week.

Step is rapid-fire percussion with your legs, feet, arms and hands.

Wharton started the program 10 years ago to help kids stay out of trouble.

"A lot of them are good kids, they just don't have a lot of choices," he told us.

Benson is a team captain. He signed up after seeing what was happening to some of his friends.

"Some of them started dropping out of school, hanging out with the gangs," Benson said.

He said he comes from a low-income home and that's true for most of his teammates.

"It's pretty much to a point where I kind of hear gunshots every week," 18-year-old Kyle Baker said.

But Gentleman of Vision gives them something positive to focus on while teaching that dreams don't work unless you do.

"The golden rule is 'no grades, no stage,'" Wharton said.

Coach Wharton has been a Guidance Counselor for the last 13 years and when it comes to understanding these kids, he's already walked miles in their shoes.

"Like a lot of these guys I grew up without a father. My father was murdered," Wharton said.

That's why the program includes one-on-one mentoring and counseling to help the kids get over whatever obstacles they may face.

"This mentoring program has helped me get through a lot of things not only school-wise but life-wise," Benson said.

While competing in different competitions in the last 10 years, they've won 10 national championships.

"That really make you feel like you just did something good, you know?" Baker said.

More importantly to the parents, of the 350 men who've come through the program, all 350 have graduated high school.

"It makes you feel good, that slowly the perception of Riverview Gardens as not a good place is changing and it just takes one person," said Damon Miller, one of the parents.

Coach Wharton believes we all rise by lifting others.

"He's one of those father figures that some of us would like to have," Benson said.

"If he didn't make the sacrifices he made we probably wouldn't be here right now," Baker said.

Gentlemen of Vision, helping kids see that the path to success is right beneath their feet.

RELATED: Local bakery giving jobs to ex-cons, helping them turn their life around

RELATED: A 6th-grader's lesson in courtesy and kindness