Medical 'Miracle' helps one family go from heartbreak to hope

Logan Wehrheim was diagnosed with SMA and given two years to live, but a new treatment has changed everything. 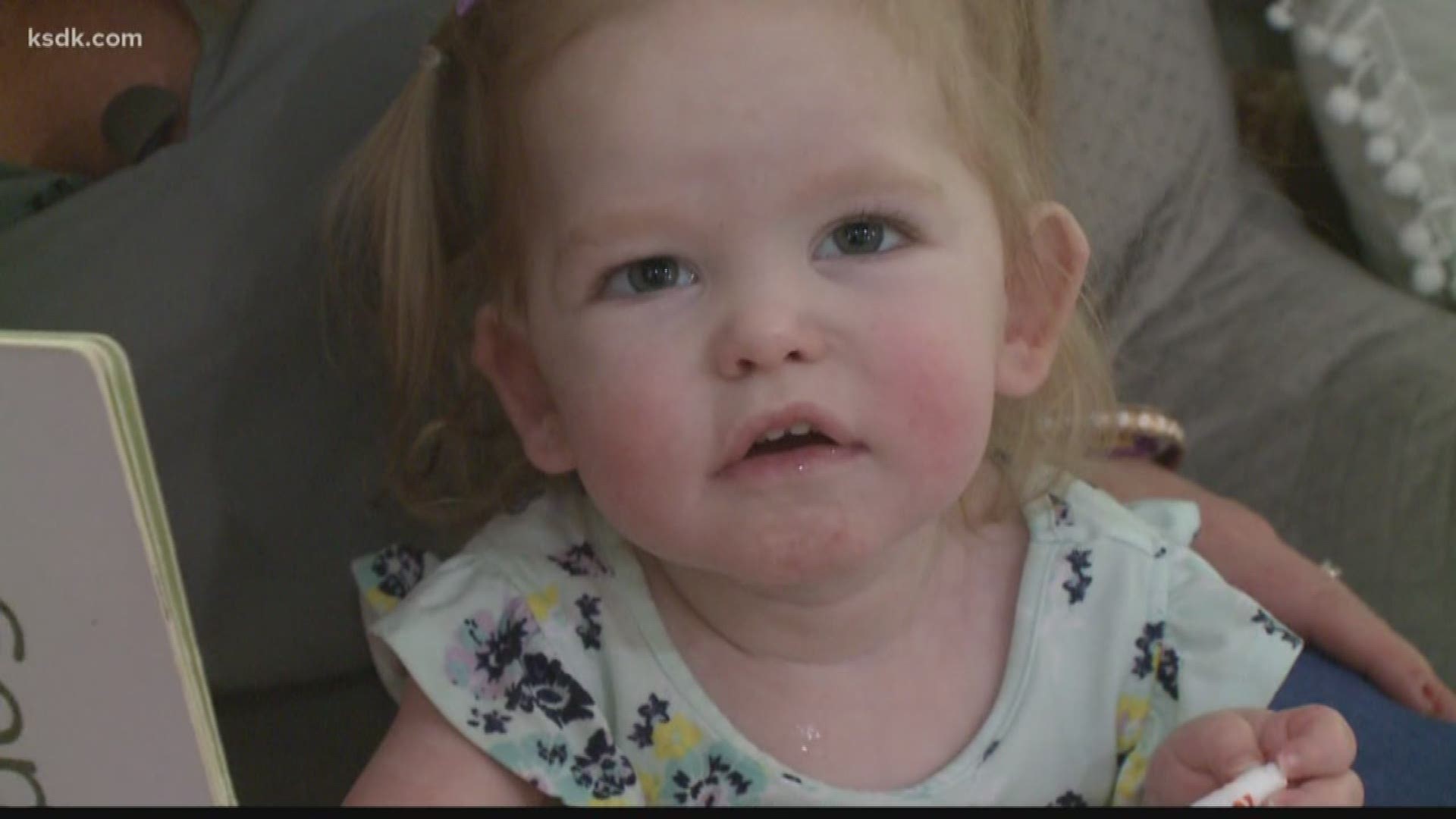 ST CHARLES, Mo. — When you're having a catch with your son, free time is priceless.

And 8-year-old Ashton Wehrheim spends most of his time around sports.

There's a glare coming from his bedroom because of all his trophies.

Ashton is determined to win even more but when it comes to determination, he could learn a lot from his younger sister.

Logan Wehrheim was born on a June day a little more than two years ago.

"She was perfect in every way," her mom Ashley Wehrheim said with a smile. "We were blessed to have a girl."

Everything seemed fine until she developed a small cough just before her two-month check-up.

"And we went in for that check-up and she stopped breathing," her mom remembered.

She was rushed to the hospital and after a battery of tests,  doctors uttered the three ugliest words the Wehrheim's ever heard.  Spinal Muscular Atrophy, also known as SMA.

SMA is a progressive disease that affects the motor nerve cells in the spinal cord. It can take away the ability to walk, eat or even breathe. Doctors said life expectancy was about two years.

"It was devastating, to be honest," Nathan said. "It's kind of one of those things, you wake up one person and go to bed another. You know, it's life-changing."

For decades, there weren't any FDA approved therapies to treat the underlying causes of SMA but now there is new hope.

A revolutionary new gene therapy treatment called Zolgensma alters the underlying genetic cause of SMA and may actually stop the disease. Approved only for children under 2, this past June Logan became just the second child in the country to try it.

"It was a miracle. We were so blessed," Ashley said.

For the first time in her life, Lolo, as she's called, is sitting up unsupported for as long as four minutes.

"It's hard to describe just when I hold her she just seems healthier. I don't know, just so much better," explained her dad.

For decades, the Muscular Dystrophy Association has funded research aimed at the discovery of gene therapies and Zolgensma may lead to the treatment of other neuromuscular diseases.

For the Wehrheims, out of the darkness, there is light.

"I know there's a chance now for her to live a special life," Ashley said.

"I'm looking forward to the father-daughter dance and to the tea parties and all that cool stuff that I thought was not going to be possible," Nathan said.

A big discovery and a little girl. Helping one family go from heartbreak to hope.

RELATED: Cedric the Entertainer gets serious about women's health

RELATED: The camp that some kids say is 'better than Disneyland'