Talk about ticket prices. Socks, underwear are the price of admission to this annual game!

St. Joseph's Academy and Cor Jesu Academy had a game within a game at their basketball event. The price of admission was underwear and socks. 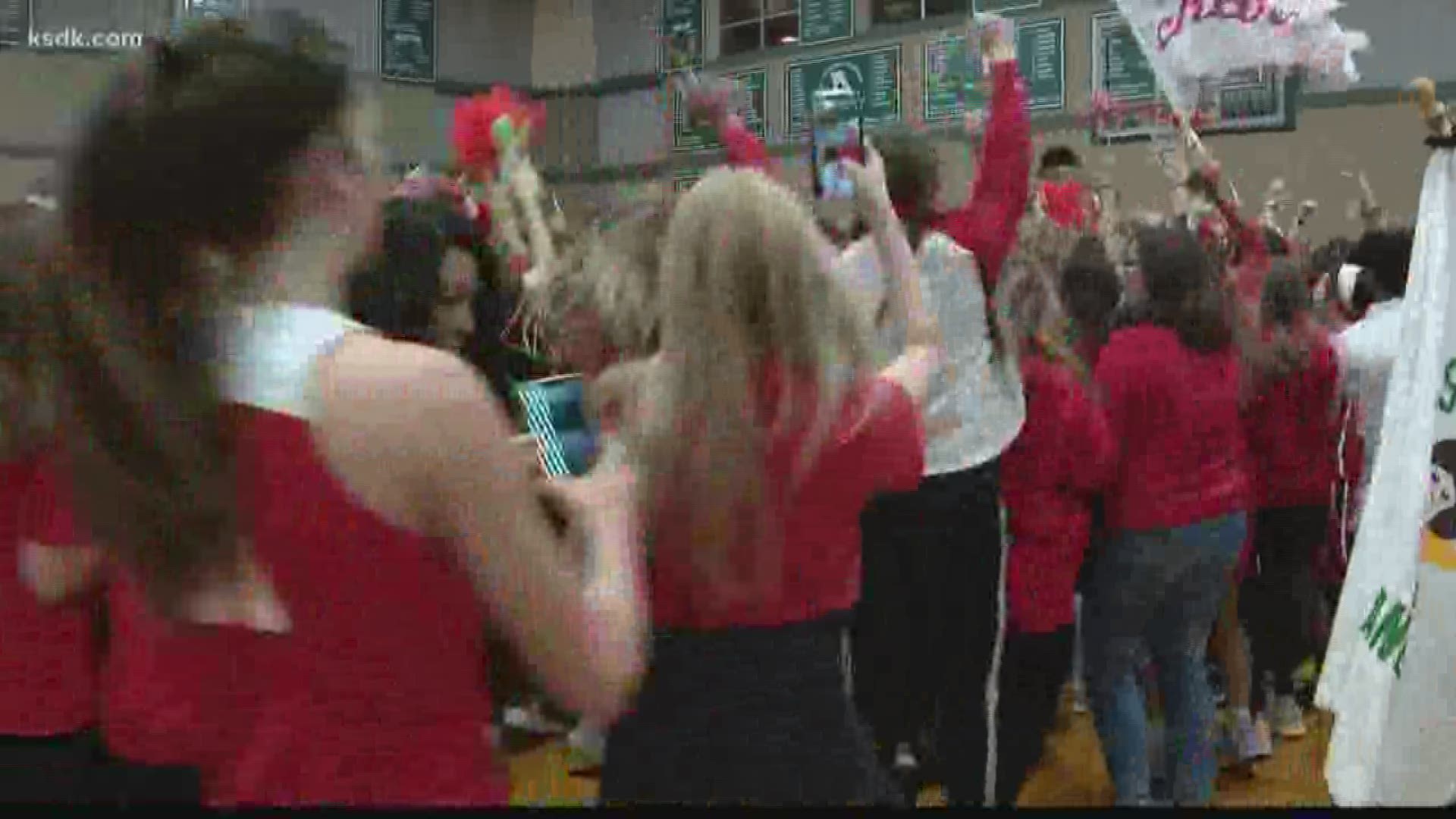 FRONTENAC, Mo. — They are two teams known for their toughness, their quickness and their togetherness.

But also on display, this night was their kindness.

Welcome to the basketball rivalry between Cor Jesu Academy and St. Joseph's Academy.

It's always a hot ticket when these two schools do battle, but the price of admission for this one wasn't dollars and cents. It was socks and underwear.

"This is year number 16 where these girls challenge each other," said Kelly Peach of St. Patrick Center.

The "Funderwear Challenge" is the contest within the contest and it benefits St. Patrick Center which helps the homeless or people at risk.

"It's socks and underwear but if you are experiencing homelessness these are things that you don't have," Peach said.

Lawrence Tate is an employee at St. Patrick Center but he used to be a client.

"I started using drugs at a young age and my family didn't want nothing to do with me because I was still using drugs," Tate said.

After hitting bottom, he finally realized he didn't have to stay there.

"I was cold, I was hungry. I was looking for a place to just sit down and St. Patrick's had the door open," he said.

Seven years later, this man who was homeless helps the homeless find housing and their dignity. And that sometimes begins with socks and underwear.

"I used to wear the same drawers for three days and because I wanted to. New underwear is the beginning of hope," Tate said.

In addition to the game, the schools compete to win the coveted "Funderwear" trophy, a pair of boxer shorts on a plaque.

"At Cor Jesu we have bake sales, dress down days, we have flyers all over the school. Posters. You can't miss it," Mary Kate Charles, a 17-year-old from Cor Jesu Academy, explained.

It's a chance to learn lessons not taught in history or math class.

"Most of these girls that go to this school are really privileged," added 18-year-old Olivia Sullivan from St. Joseph's Academy. "To think that someone doesn't have enough socks and underwear you know, clean things like that, it's really important to give back to someone who has less than us."

In the end, Cor Jesu beat St. Joe on the court 55-44 but those weren't the most important numbers.

Over the past 15 years, these two schools have collected over 250,000 pairs of socks and underwear and the results just climbed up.

"Here's the total," Kelly Peach announced at halftime, "23,896. And the winning school is Cor Jesu Academy"

The real winner, of course, was St. Patrick Center.

St. Joe and Cor Jesu. Dishing out an assist to St. Patrick Center by employing a double team. 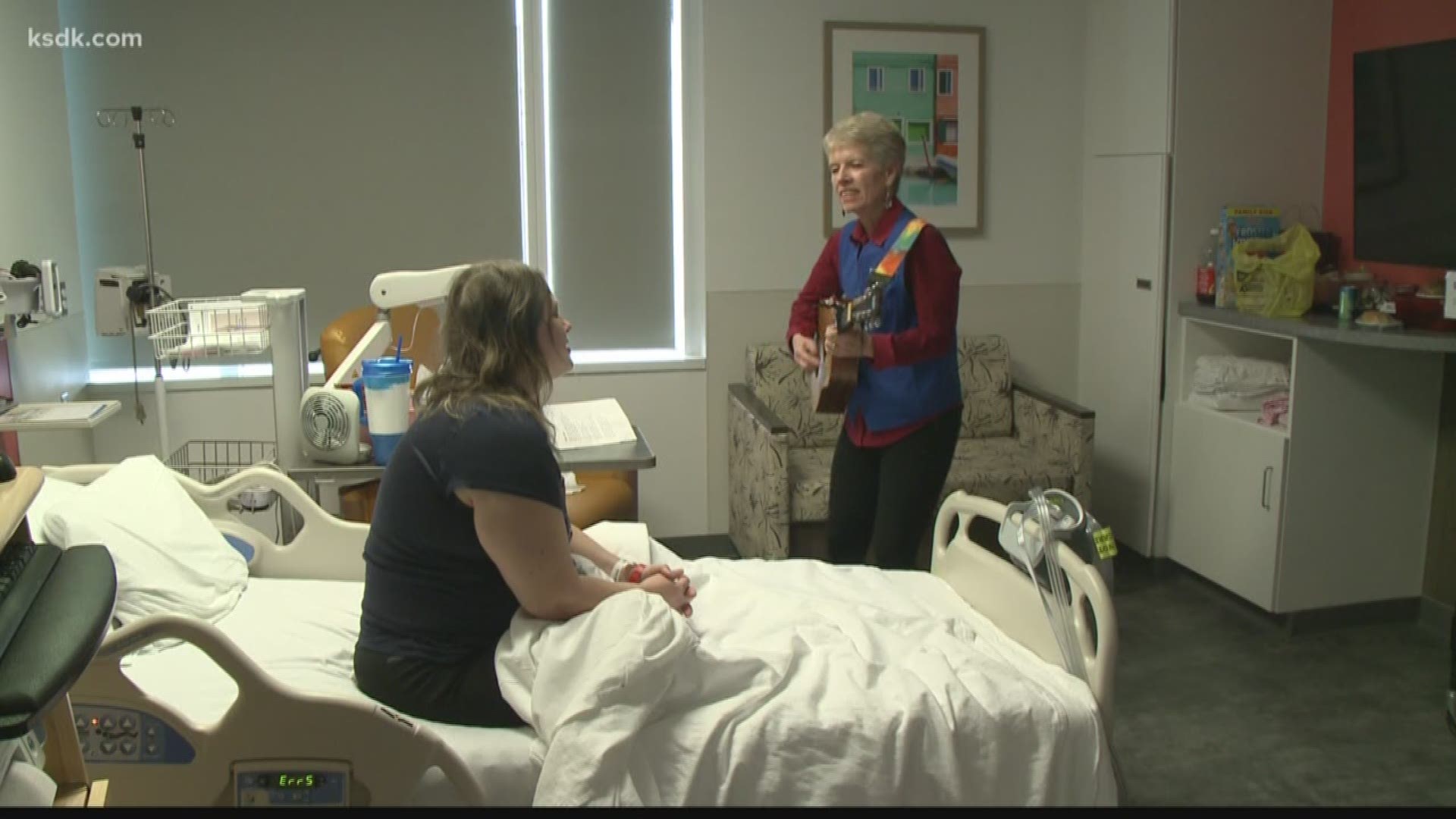