This 97-year-old veteran from St. Louis was a bombardier on D-Day 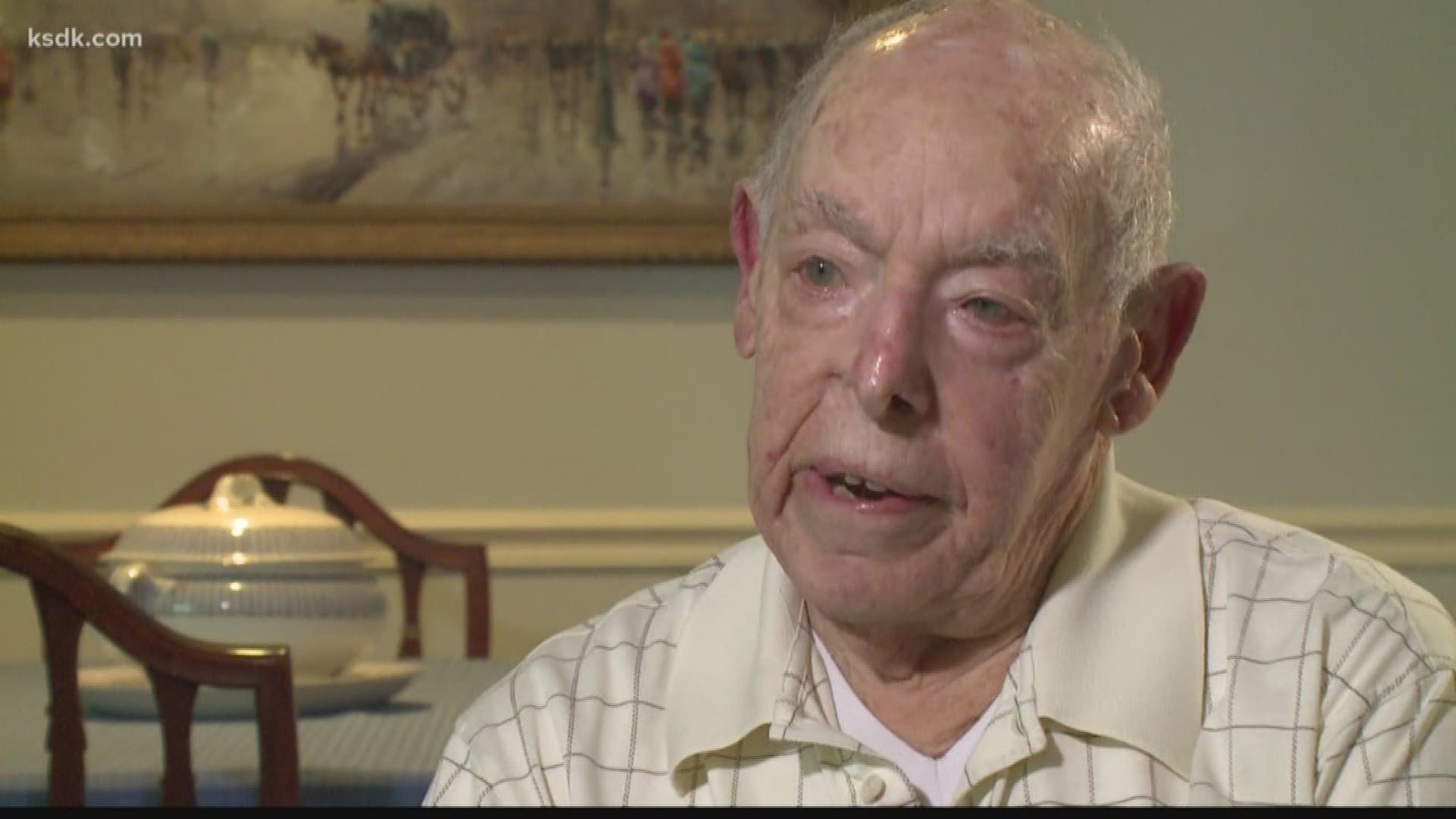 CREVE COEUR, Mo. — Ralph Goldsticker is thumbing through the files of his memory. Spending time with him is better than reading a history book on World War II because he was one of its authors.

"After Pearl Harbor, I knew I was going to get drafted. I was 20 years old," he recalled.

Goldsticker signed up for the Army's Aviation Cadet Corps because, it seemed to him, fighting the enemy in the air would be more glamorous than fighting on the ground.

"I'd never been in an airplane but I'd seen lots of movies with Clark Gable or Jimmy Stewart, and they were always heroes," he said.

But Goldsticker soon realized this was no Hollywood movie and the script may not have a happy ending.

Serving as a bombardier on a B-17 Flying Fortress, his crew came under heavy fire on just his second mission over Leipzig, Germany. He wasn't sure he'd ever make it back to St. Louis.

"It was heavily defended, we had to fight our way in and out," Goldsticker told 5 On Your Side. "We lost three planes out of our 18 that day. So, you figure what chance do you have?"

"Our target was a heavy gun placement on the beaches right in front of the British troops," he recalled.

His crew took off at 2 a.m. and because there were so many planes in the air, they had to fly to Scotland just to get into formation.

"I dropped my first bomb at 6:58 a.m., right in front of Sword Beach before the British troops landed," said Goldsticker.

He was in the air 14 hours and 30 minutes on that fateful day in June.

"And that afternoon I could see the whole harbor," Goldsticker said. "There were 7,000 vessels in the harbor. An unusual sight with battleships, cruisers, and landing craft. It was something to behold. We had it easy compared to what the guys on the ground were going through."

Now at 97 years old, the past is very present in Goldsticker's home. He kept maps, letters, and other memorabilia from his time in the service.

And then there are the medals.

In addition to the Distinguished Flying Cross, a few years ago the French government gave him their highest award, the Legion of Honor for risking his life to help liberate France from the Nazis.

He now speaks to students and other groups about his time in the war.

Goldsticker plays down his role on D-Day and in World War II but, reluctant heroes are still heroes.

D-Day is a day we will never forget, thanks to the men we should always remember.

See other Making A Difference stories from Mike Bush: