Rodney lost his wife of 20 years a few years ago and now he attends every funeral in town to pay his respects whether he knew the person or not. 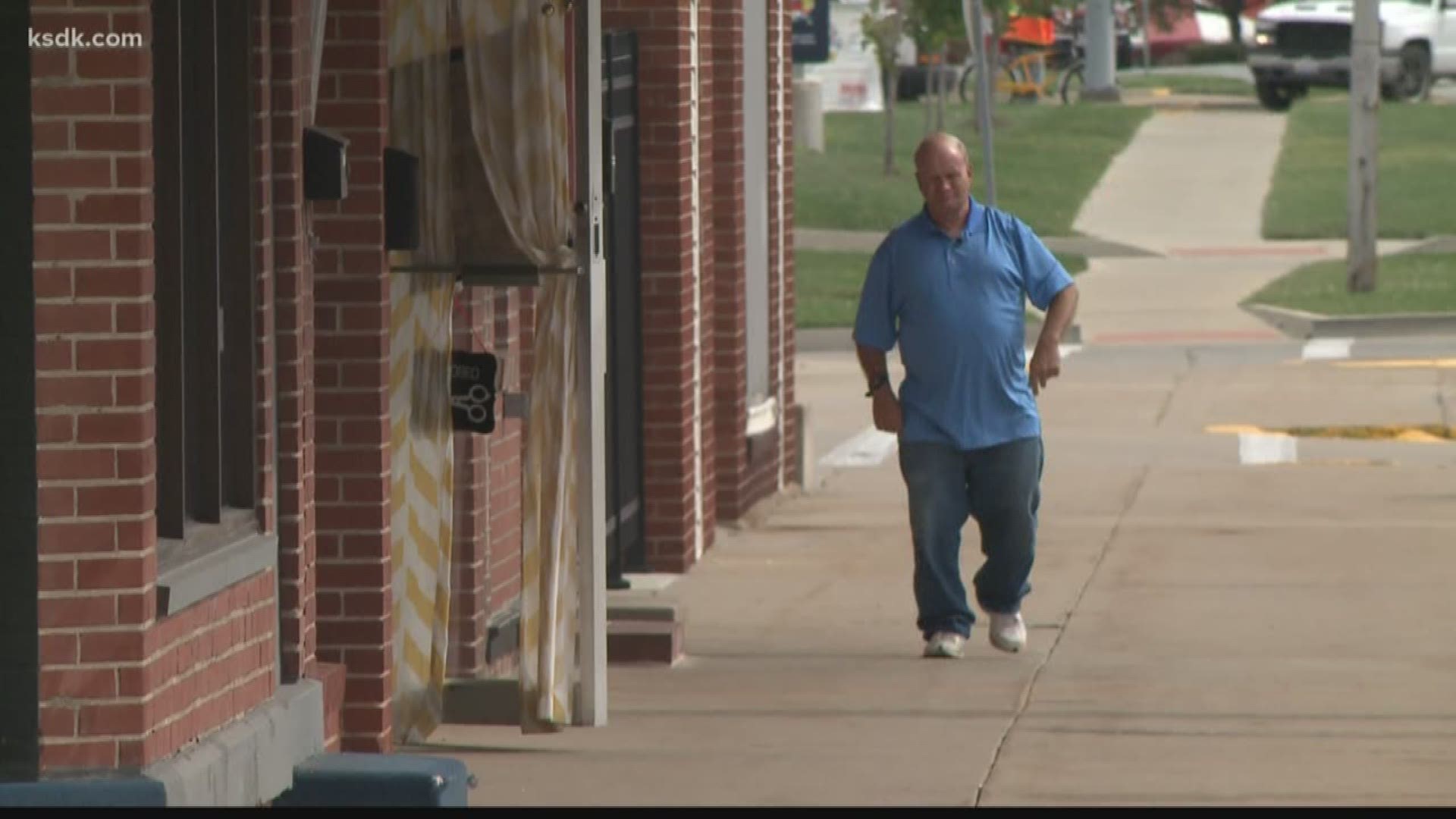 JERSEYVILLE, Ill. — Downtown Jerseyville is only a few blocks long, but one man there is known for going the extra mile.

For years now, Rodney Ridenbark has been making friends one step and one wave at a time.

If you're wondering where he's headed it's never one place, it's all of them. Hello, is his destination.

"He knows all the workers, all the customers. Everyone," Grace said.

When Grace opened her tanning business a few years ago, Rodney would just walk by and wave.

"I asked the guy who was working with us, who is that guy? And he was like, 'Oh, that's Rodney, he should be the mayor,'" she recalled.

But few politicians have his approval rating.

Asked if he should be mayor and Rodney just laughs.

Rodney makes his rounds once a day, sometimes twice during the holiday season.

"At Christmas time, he brought me a card," said Joni Gross of Town and Country Cleaners. "And then the next year the same thing and the next year and it's just gone on and on."

Friends say he's always been a people person but this all began when he was feeling quite lonely. His wife of 20 years, Carrie Ann got sick.

"I went and seen her four times a day, Mike," Rodney said.

The pain of losing her is still with him. And now whenever someone passes away in Jerseyville, Rodney's journey includes paying respect whether he knew the person or not.

"We've seen him walking out to the funeral home or walking home from there," said Gross.

Since he attends so many funerals, some of his friends thought it might be nice to buy Rodney a new suit.

With shoes, a tie and a belt Jessica reached out to the community hoping to raise about $600.

At last check, the GoFundMe page had more than $3,200 in donations.

And we were there to see that kindness never goes out of style. He was trying on his new suit.

Next month, Rodney will celebrate his 60th birthday. And his friends are planning a big party.

"It makes you feel so good inside," said Rodney.

In Jerseyville, a reminder that little things can mean a lot.