Veteran finally tells his story thanks to unexpected friendship 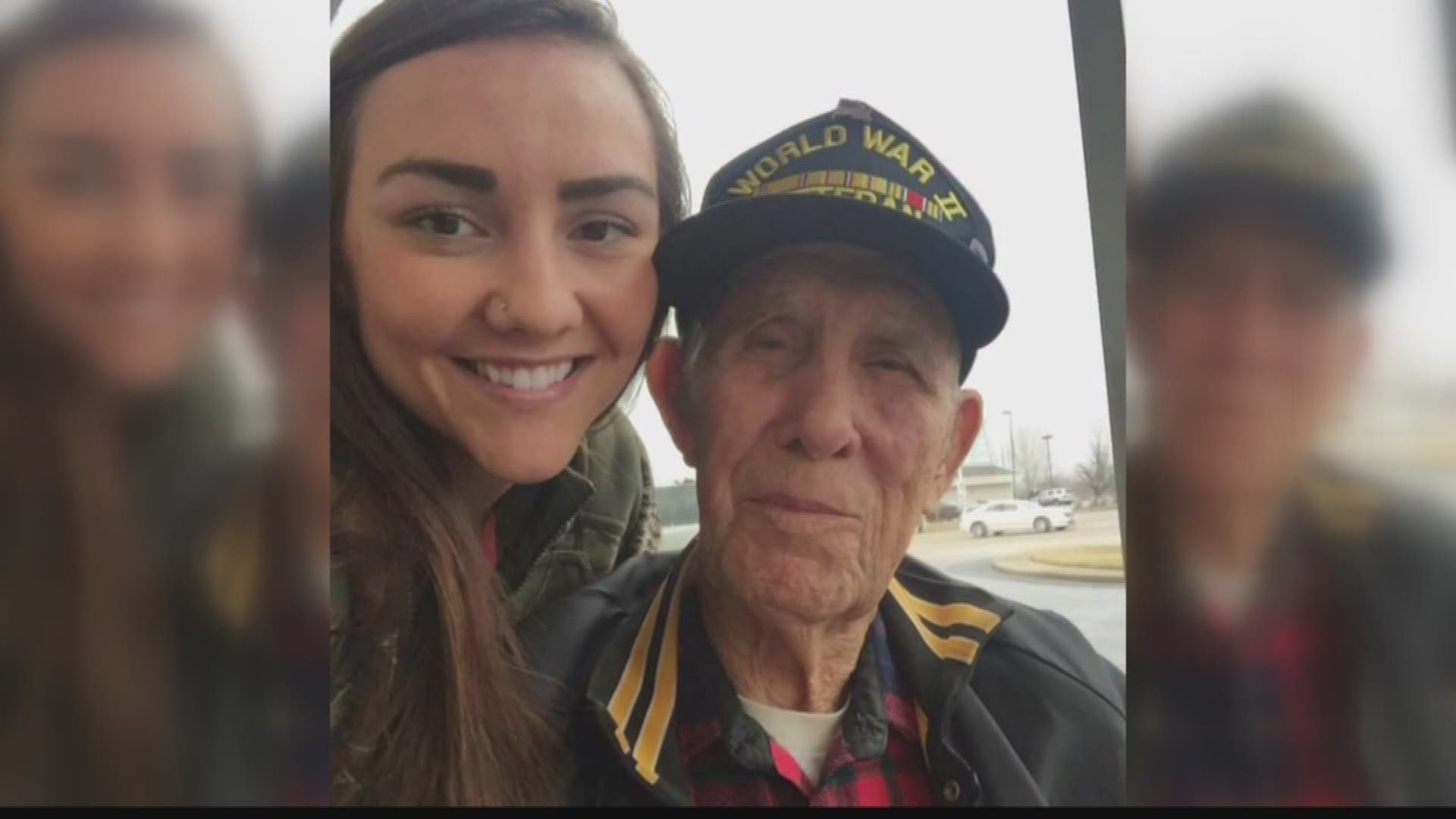 ST. CHARLES, Mo. – Finding a new friend can sometimes be like finding a hidden treasure.

"I just love hearing anything he has to say," she says.

"He's full of wisdom and full of life," she says.

Dix is studying at Lindenwood University to become a special education teacher.

"My heart is really with special education and those kids. It's the most rewarding thing ever," she says.

Teaching may be her purpose but history is her passion. And that's why, a few years ago, she walked up to Ben at a local McDonald's while he was having lunch.

"And he shook my hand and he didn't let go of my hands for about 15 minutes. From there on, he told me so much in those 15 minutes," Dix remembers.

"Then she called me. We called back and forth. She'd come down to visit. She just, well like I say, we got to be friends," Nothstine says with a smile.

History can be far more interesting when you hear about it from the people who wrote it.

As part of the US Army's 17th Airborne Division, Private Nothstine was a part of several key operations as well as the bloody Battle of the Bulge.

"My job was to pick up dead and wounded and bring them in, "says a pained Nothstine. "I started at 2 o'clock that afternoon. Worked all night, all day the next day until 10 o'clock the next night."

The memories were so painful, when he came home he didn't talk about the war for almost 4 decades.

"I think 43 guys that I knew were killed and I lived and just why, you know?" he says with tears in his eyes.

Ben has been married to wife Charla Mae for nearly 70 years and though they have their own children and grandchildren, Hayley has become part of the family.

She loves to listen to any of Ben's stories but it's the war stories that make the most impact.

"To me it's incredible. You never hear about those things and never from anyone who actually did it," Dix says.

Unexpected friendships are like unexpected gifts. They can educate and rejuvenate.

Hayley and Ben, reminding us that time is free but if you spend it with the right people it can be priceless.

"It means everything to me," Dix says.