He also admitted to placing a camera in a bathroom at Sacred Heart Catholic Church in Troy, where he worked as a volunteer. 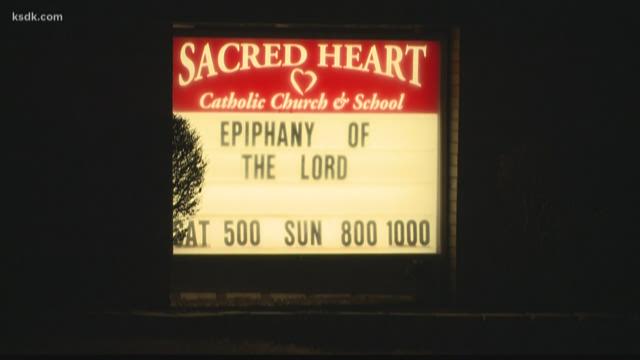 LINCOLN COUNTY, Mo. – Police are investigating an invasion of privacy case in St. Charles County after a camera was found in the bathroom of a business Monday Jan. 15.

According to officials, the camera self-recorded Jeffery Eisenbath, 28, of Troy, installing it in the bathroom and recorded people as they entered it.

Eisenbath was taken into custody in Wentzville on Jan. 22.

During an interview with police, Eisenbath admitted to installing the camera in the bathroom of The Adrenaline Zone in St. Charles, where he worked.

On behalf of the Adrenaline Zone family, we are deeply saddened by the news of the recent events and their potential negative impact on the community. If true, the alleged events in no way reflect the values and standards we expect among our staff.

He also admitted to placing a camera in a bathroom at Sacred Heart Catholic Church in Troy, where he worked as a volunteer.

“This is a case of an individual crime that affects many unsuspecting people,” said Sheriff John Cottle. “The Archdiocese of St. Louis has stringent background screenings of volunteers but it cannot always catch their secret habits. This is why law enforcement has cybercrime task forces in place, to catch individuals like Mr. Eisenbath.”

"He used his demeanor and his stature in the community as a tool to get closer to kids and as a result he's a full-blown pedophile," Binder said.

The Archdiocese of St. Louis made a statement regarding his arrest:

The allegations against Mr. Jeffrey Eisenbath, if true, are a disturbing and unacceptable abuse of the trust we place in the employees and volunteers at our parishes and schools. We are cooperating fully with the authorities in their investigation and will communicate with those impacted as we continue to learn more about the allegations.

Anyone with a child who may have been associated with Eisenbath in Lincoln County should contact the Lincoln County Sheriff’s Office at 636-528-8546 extension 9999.