Man charged with DWI in crash that killed 2 mothers, 2 daughters on I-64 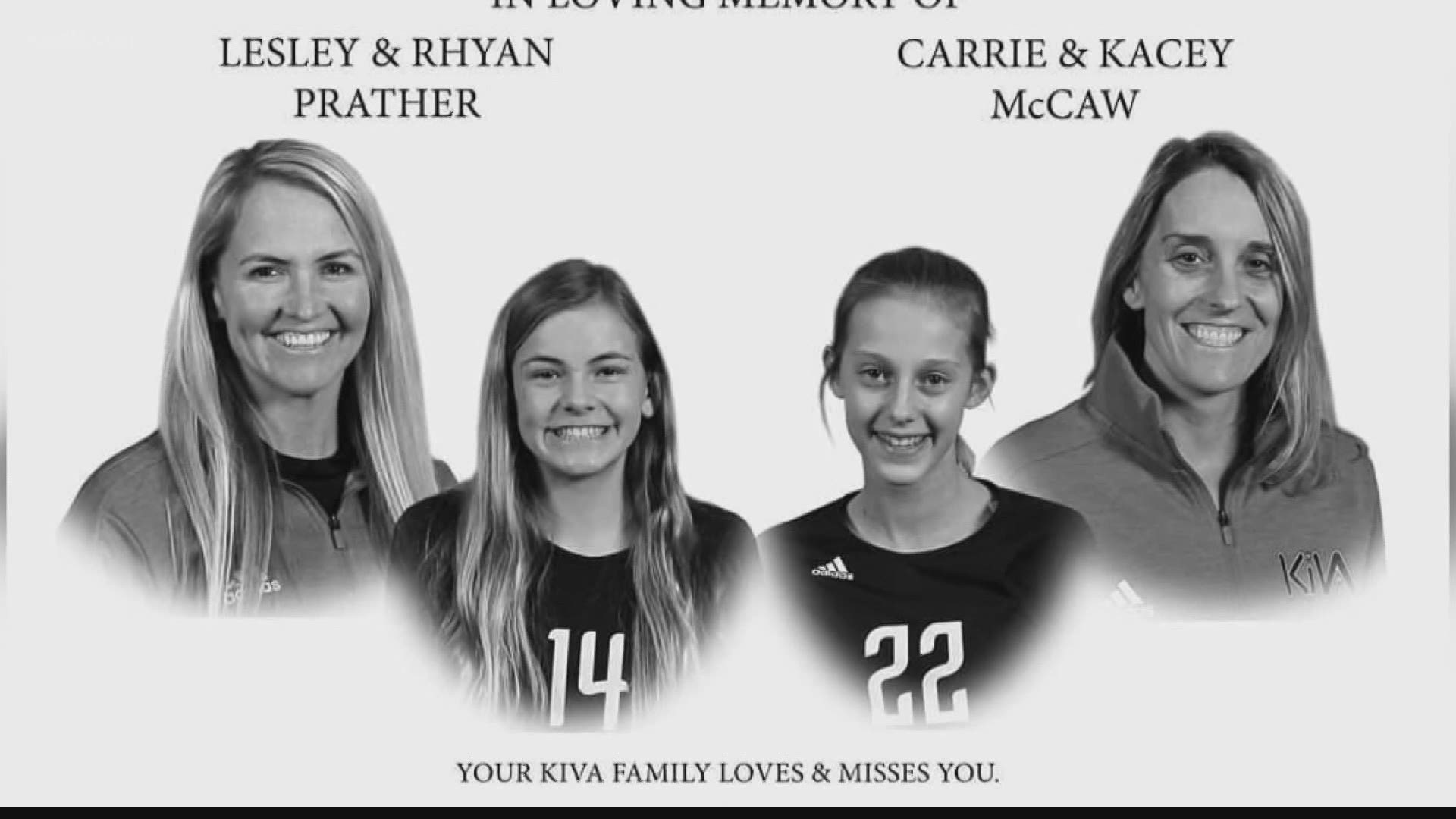 ST. CHARLES COUNTY, Mo. — Elijah Henderson, 29, was trying to roll up the passenger side window on his truck and had marijuana in his system when he lost control of his vehicle and struck two mothers and their two daughters, killing them in February, according to court documents filed Monday.

"He was operating a motor vehicle and acted with criminal negligence, causing the tragic death of four individuals," Lohmar said during a news conference Monday.

Lesley and Rhyan Prather and Carrie and Kacey McCaw were killed in the crash. The mother and daughter pairs from Louisville, Kentucky were on their way to a volleyball tournament in Kansas City when the crash happened. The women were both 44 years old. The girls were 12. 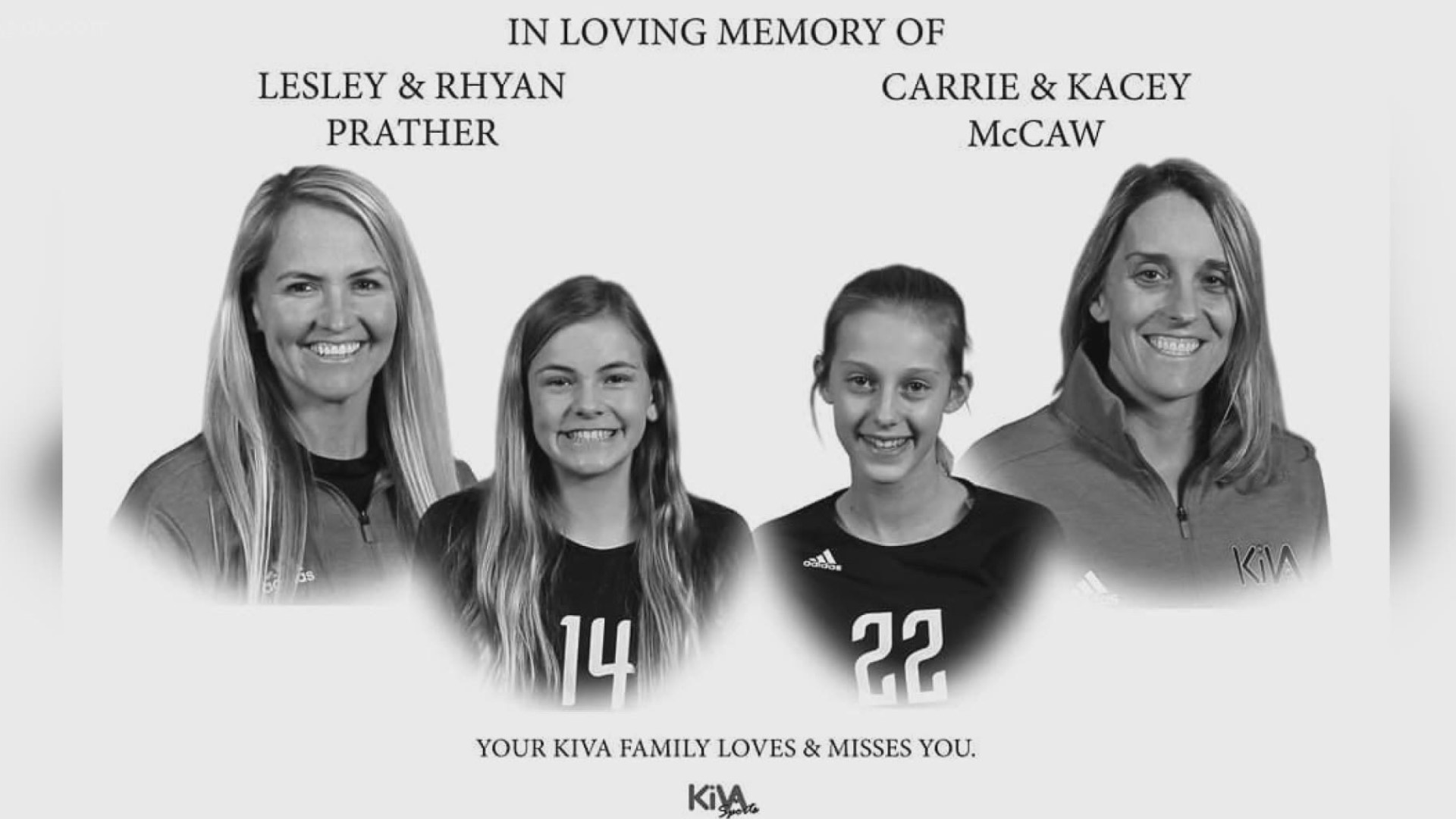 A Missouri Highway Patrol trooper who took Henderson to the hospital said he agreed to have a blood sample drawn and submit to a breath test. The breath test revealed he did not have any alcohol in his system at the time of the crash, and he told the trooper he had smoked marijuana the night before, according to court documents.

Lohmar said a blood test revealed marijuana in Henderson's system after the crash.

"Our science is pretty clear that the metabolites — there were three metabolites that were found in his blood at the time of the test — and that means that, to a reasonable degree of scientific certainty, he consumed marijuana within a few hours of when his blood was seized," Lohmar said.

Henderson told the trooper he was traveling eastbound on I-64 when he reached to his right to manually roll up the passenger side window of his Ford F250 when he lost control. When the trooper asked him if he thought that it was hazardous, he responded, “Totally,” according to court documents.

The trooper asked if he believed he had made a mistake and should not have been doing that, and he responded, “Oh, yeah.”

The trooper also asked Henderson if he could do it all over again, would he? He responded, “No."

"Prison or no prison, jail or no jail, he's going to remember this every day of his life, and I think that's probably one of the worst punishments," witness Stephanie Huttegger said.

Huttegger stopped to help moments after the crash.

"The images are there in my head every day, every night," she said.

She said she keeps in touch with the families of the women and girls who died.

Huttegger was even wearing their volleyball t-shirt when she spoke with 5 On Your Side over FaceTime Monday. She said they've taught her an important lesson about appreciating family.

"It's minutes, it's hours. You never know what's going to happen," she said.

Lohmar said the loss is a reminder for all drivers.

"It's not just drinking and driving, any impairment — even legal drugs — can result in impairment. So, you hate to have something like this serve as a lesson to everybody, but hopefully people can look at this and understand that it's a serious deal," he said.

RELATED: 4 people killed in crash on I-64 in St. Charles County were from Louisville, traveling for volleyball tournament

In November 2012, St. Charles police arrested Henderson for DWI and he was found guilty in March 2013.

St. Charles police arrested Henderson in December 2016 for possession of a controlled substance and found guilty in October 2017.