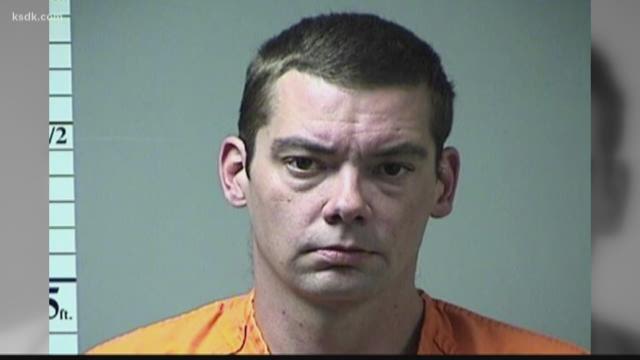 ST. CHARLES CO., Mo. - A man has been charged in the shooting of a Francis Howell High School history teacher.

Joshua Curtis was charged by the St. Charles County Prosecuting Attorney’s Office Friday morning with one count of first-degree and one count of assault armed criminal action. He’s being held on a $500,000 cash-only bond.

Wednesday afternoon, a Francis Howell High School teacher was shot on the Hamburg Trail, which is near the baseball field of the high school. He was treated and released Wednesday night.

On Thursday, the St. Charles SWAT team searched through the woods and found an empty tent and shortly after Curtis was located. Inside the tent, police found a ‘Gun mate’ black range bag with a Plano Handgun Ammunition Case deisgned to hold 100 rounds of 9mm or .380 ACP ammunition. When police found Curtis, he was sprinting out of the wooded area.

According to court records, Curtis showed no emotion when he was told of the charge.