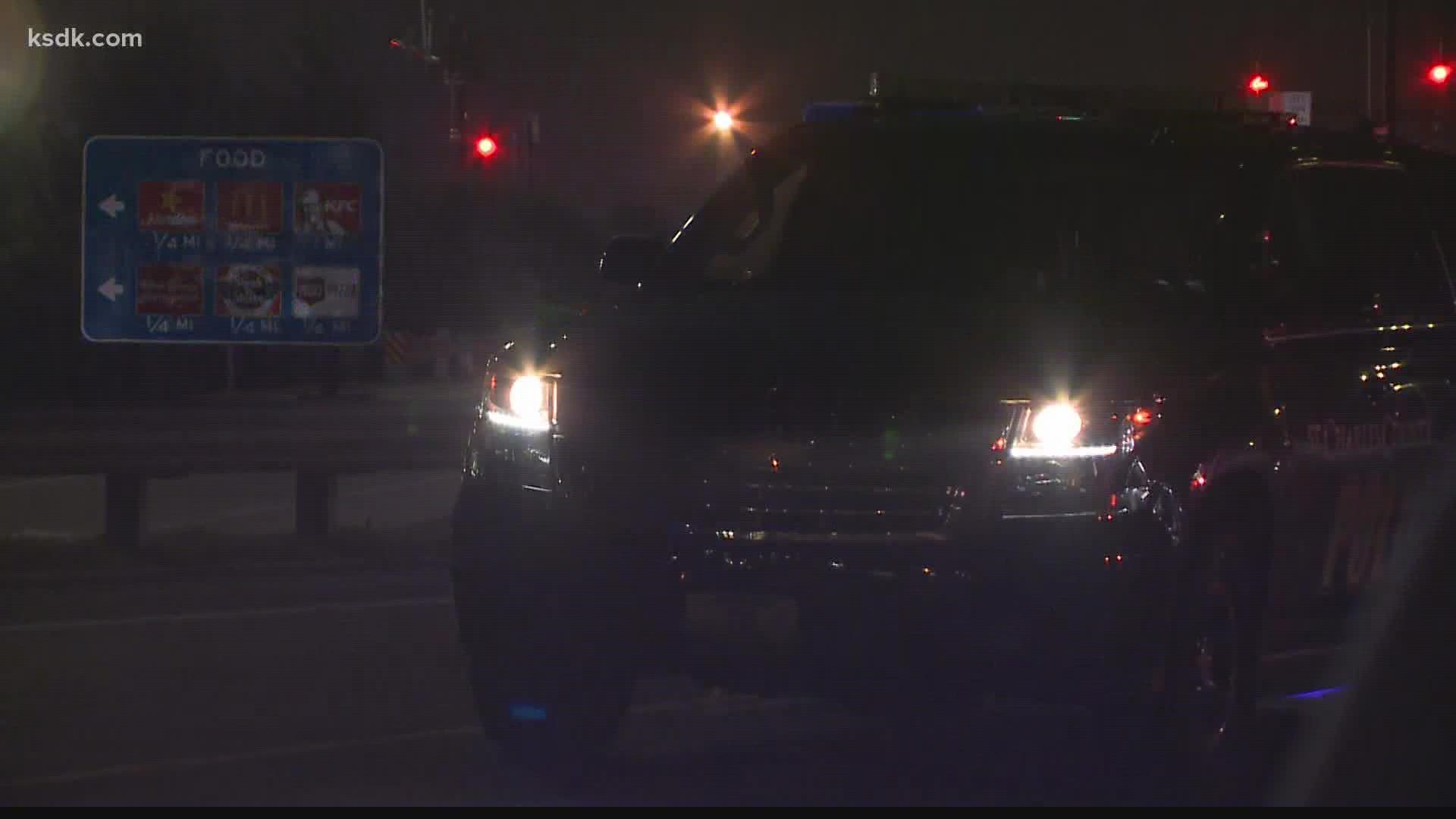 WENTZVILLE, Mo. — A St. Charles County police officer fatally shot a man early Thursday who was traveling in an out-of-state car with a large amount of marijuana after police say the man reached in his waistband for a gun.

Although the cars were unmarked, they had lights and both officers were in full uniform. The officers made contact with the suspect so he knew it was the police, according to Tiefenbrunn.

According to a probable cause statement, an officer removed the driver from the vehicle and put him into handcuffs. While one officer remained with Rivera, the other officer approached the passenger side of the car and asked Quintero to get out. He complied, and the officer was conducting a pat-down search when Quintero reached for a gun that was concealed in his waistband, the probable cause statement said.

Believing that Quintero was trying to shoot them, the officer fired several rounds, killing Quintero.

No officers were injured during the incident.

The driver, identified as Yeffrith Rivera, and passenger Olivia Combs were facing drug trafficking charges. They were being held on $350,000 cash-only bond.

During police interviews, they admitted to renting a car to drive to California, where they purchased 100 pounds of marijuana for $40,000. They then intended to transport the marijuana to South Carolina and sell it.

Chief Kurt Frisz said two of the three people who were in the car have "extensive" criminal histories.

Police found two guns at the scene, as well as a large amount of marijuana packed in multiple bundles of vacuum-sealed food storage bags.

Frisz said the survivors will be facing state and federal charges.

The officer involved in the shooting is a 15-year veteran of the department and is a firearms instructor, according to Frisz.

We'll continue to update you as more information becomes available.