Man killed in crash between motorcycle and car in Creve Coeur 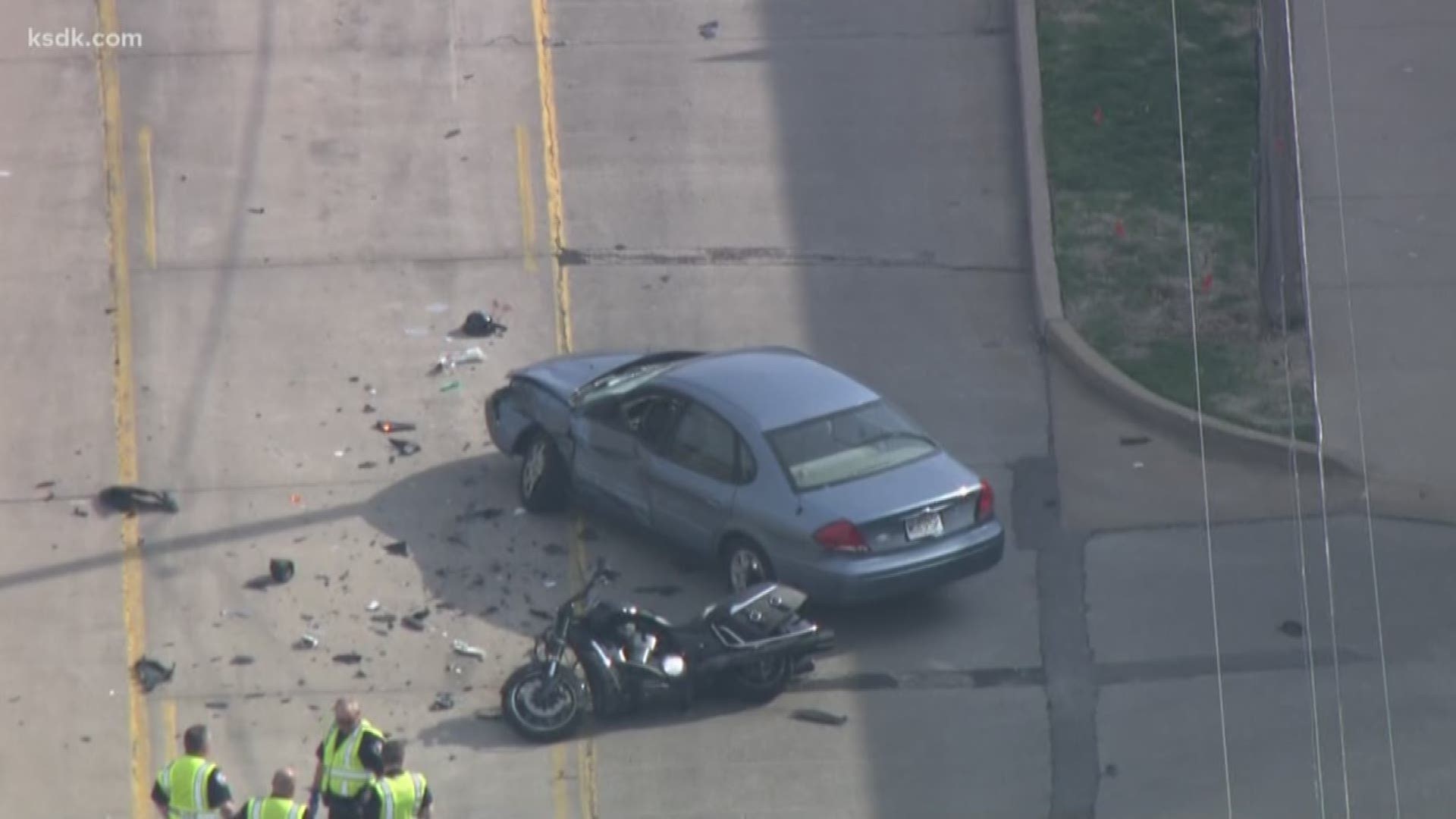 CREVE COEUR, Mo. — A motorcyclist is dead after a crash between a motorcycle and car in Creve Coeur, Missouri, Wednesday.

The driver of the car was not injured in the accident and is cooperating with police.

Police are still investigating the crash.