It wasn't until firefighters went into the home a second time that the victim was found. 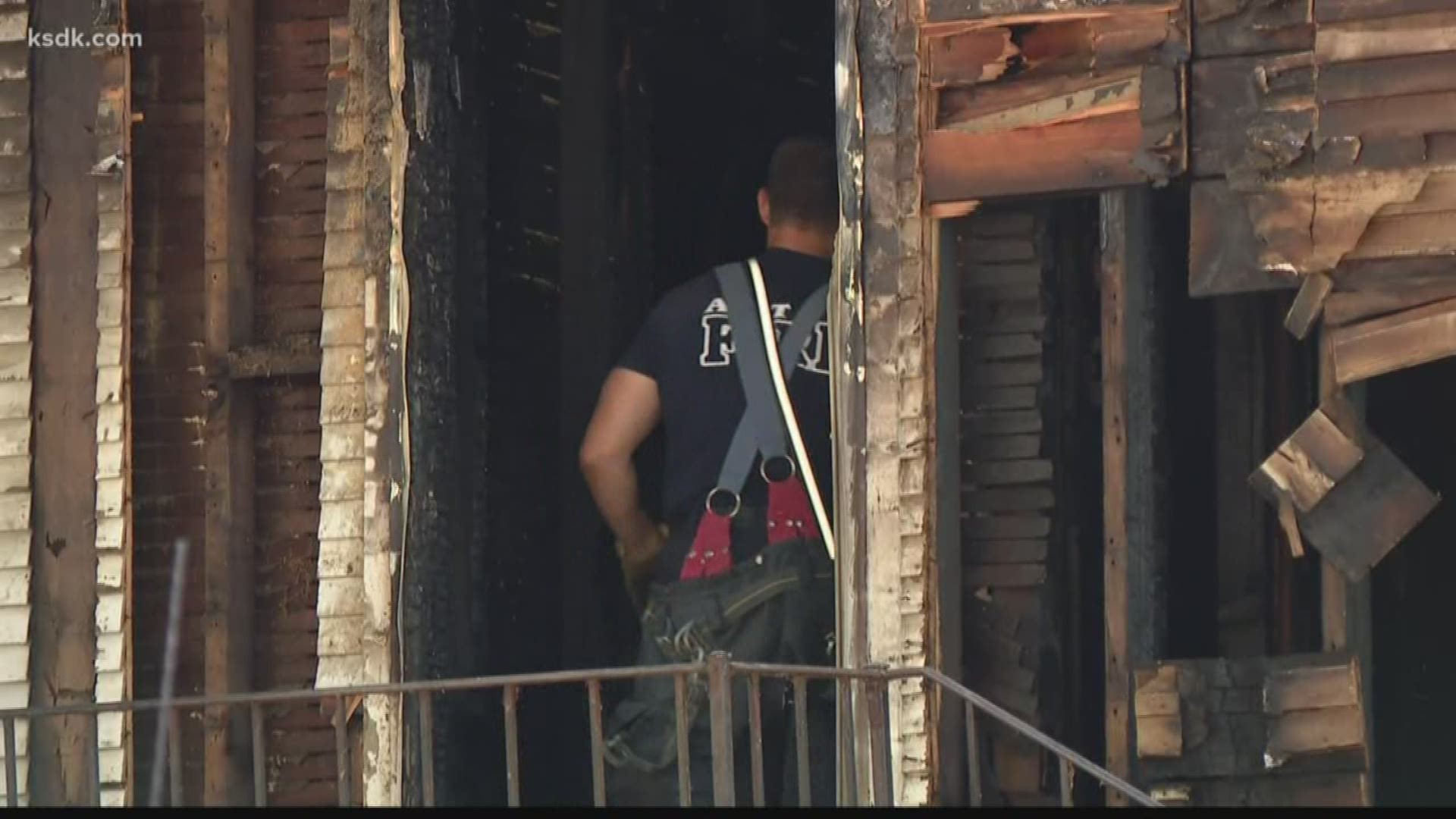 ALTON, Ill. — One man is dead following a house fire in Alton, Illinois.

Firefighters said it happened around 5 a.m. Wednesday on the 400 block of Monument Avenue. When they arrived on the scene, flames were shooting out of the windows.

Thomas White is a neighbor and watched as firefighters battled the flames.

"They was tearing it out and taking, putting ladders up climbing up the ladder with axes and still fighting the fire," he said. "Seems like it was hard to put out, got up into the roof. It took a while to put out."

Investigators said it was close to an hour before the flames were out and firefighters could search the home.

"They were able to search the kitchen and two of the bedrooms," Alton Fire Chief Bernie Sebold said. "They were unable to get to the living room which is the front, right room due to the heavy volume of fire."

It wasn't until firefighters went into the home a second time that the victim was found.

Investigators said it appears this fire was burning for quite some time. It started in the living room and burned through the floor to the basement and ceiling into the attic.

"So we did have fire that went into the basement," Chief Sebold said. "It also dropped the ceiling into that living room so the fire did extend into the attic."

Investigators are still trying to determine how the fire started. The victim’s name has not yet been released.

RELATED: Boyfriend charged after woman shot to death in Pagedale