"I just want to help people during the pandemic, Shana Jones said. "I don't understand why people would hate me doing that" 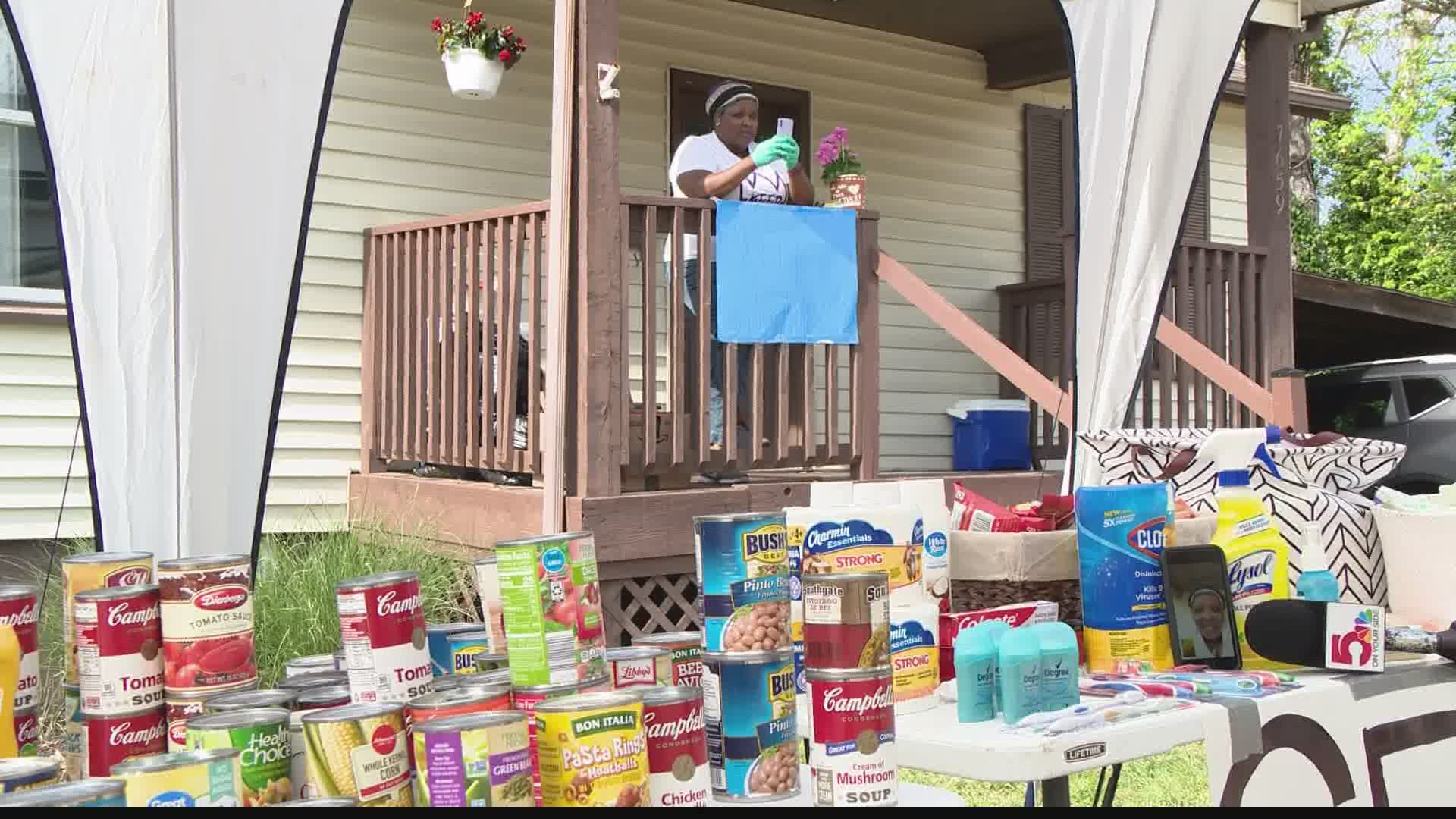 MAPLEWOOD, Mo. — Shana Jones has lost more than a dozen family members and friends to the coronavirus.

'Yes, it's been hard. I'm still hurting over all these deaths. All of my family and friends lived in my hometown of Albany, Georgia. I set this up because it was my way of coping," said Jones.

The Maplewood mom set up a table outside her home on Folk Avenue, collected lots of food, hand sanitizer and other donations for needy families, the homeless, anyone hungry during the pandemic.

RELATED: Maplewood mom who lost 10 loved ones to COVID-19 is coping by giving back to others

"I have elderly people who come by and say, 'I'm scared to go to the store, can I get some cabbage off your table?' People come by and donate. They just put stuff on the table to help the community. That's all I'm trying to do," Shana said.

Jones says since starting her grab-and-go table six months ago, she has helped more than 1,200 needy families and individuals.

"I think it's great for the community. A lot of people are stopping by. I stop by on a regular basis," said one of Jones' neighbors.

However, Jones now says not everyone is happy about her table.

"For the past two days I've just been crying," she said.

She's shedding tears because she said about a dozen people, claiming to be her neighbors, sent her nasty emails and text messages over the last two months saying that want her donation table gone.

Jones said the neighbors didn't disclose their names but identified themselves by number.

"One neighbor said they don't want to wake up and look at my table every day. Someone who identified himself as neighbor 23 said I demand you take it down or I will shut it down," said Shana.

"I'm a little afraid because it's just me and my kids. A majority of my neighbors are white and I just don't know if this is racist or not. I just don't know why people are all of a sudden targeting me for doing something good," Jones said.

"I see Shana as an inspiration," said Lisa Clancy, the Chairperson of the St. Louis County Council.

Clancy is also a Maplewood resident.

This week, the St. Louis County Council will award Shana Jones with a special resolution "for making a difference in Maplewood."

"We unanimously passed the resolution several weeks ago. We just want to honor her for what she's doing. I think it's great. I hope Shana's neighbors have an opportunity to really understand why the work she's doing is really so important to the lives that it's touching. It's sad to hear that there are folks not happy about what she's doing," said Clancy.

"I have stopped by her table several times. I think it shows a lot of compassion for our community. Maplewood is a safe community and she has the support of so many people. I think it's a very valuable and essential service," said Maplewood Mayor Barry Greenberg.

Despite being disappointed and disheartened, Jones says she's not discouraged.

"I'm going to stay here. I'm not going to run away," Jones said.

Jones has set up a GoFundMe page for anyone who would like to contribute. Click here for more details. 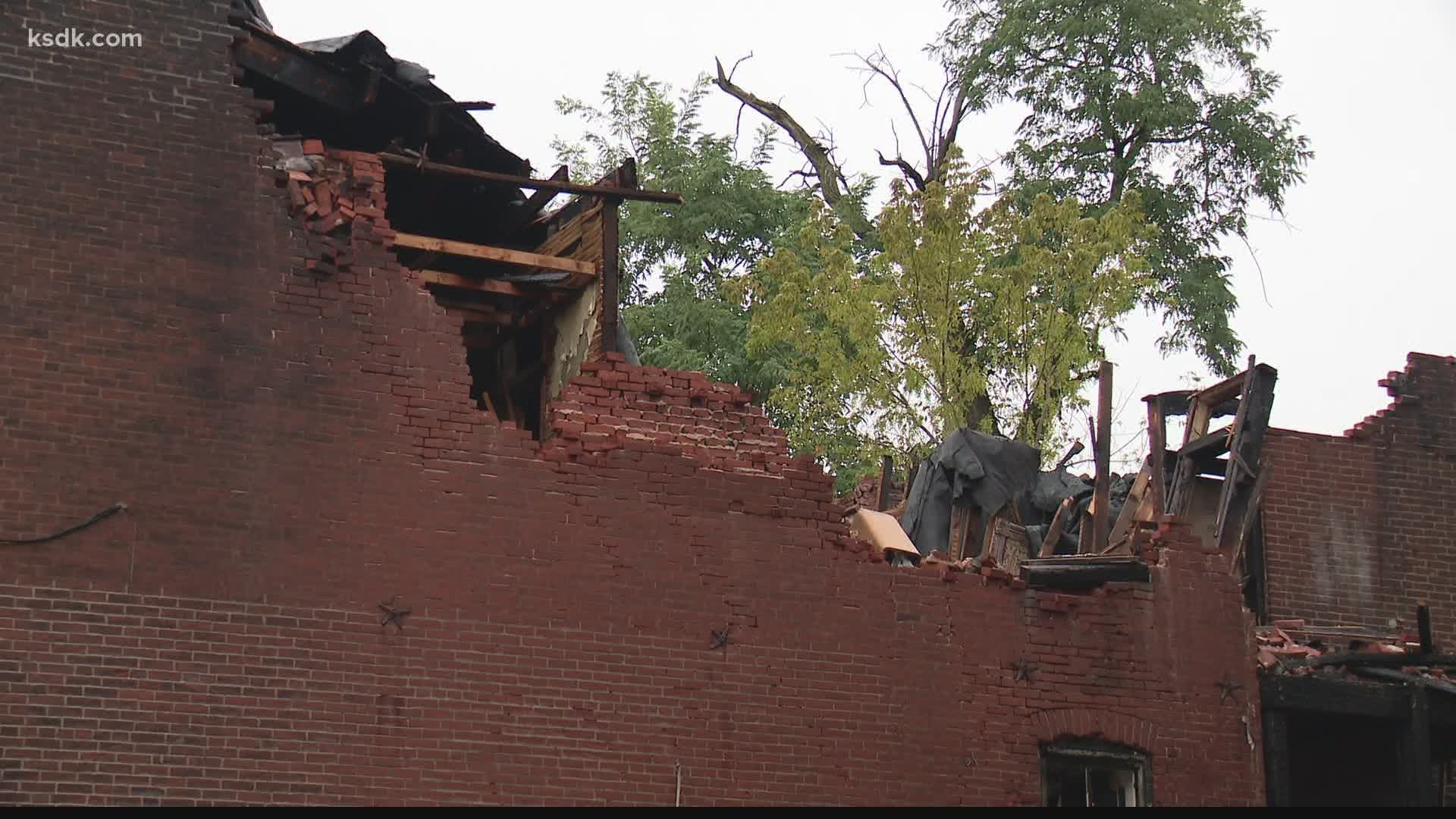