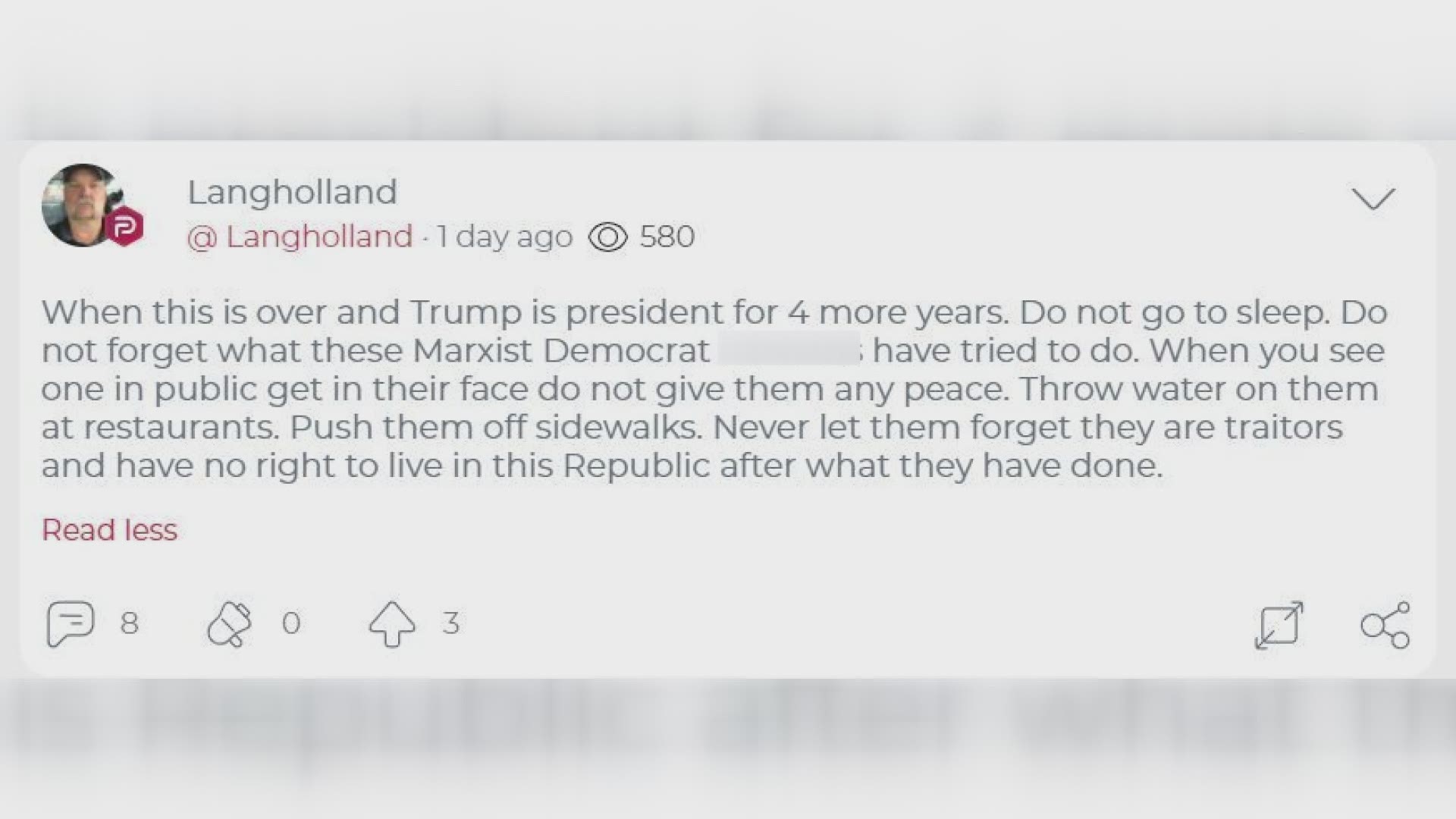 MARSHALL, Ark. — According to Kevin Elliot, mayor for the city of Marshall, Police Chief Lang Holland has resigned after remarks he made on social media.

On the social media site Parler, Holland made several remarks regarding his political bias. Some of these comments read, in part:

"Do not forget what these Marxist Democrat bastards have tried to do. When you see one in public get in their face do not give them peace. Throw water on them at restaurants. Push them off sidewalks. Never let them forget they are traitors and have no right to live in this Republic after what they have done"

Holland also said on several occasions "death to all" Democrats in response to other posts.

The mayor said Holland's remarks do not reflect the people of Marshall.

In another post, Holland threatened to shoot and kill Black Lives Matters supporters and Antifa supporters.

"The Marshall community does not in any way support or condone bullying or threats of violence to anyone of any political persuasion! We condemn it," the statement read.

The mayor said he met with Holland, who then resigned, effective immediately.

Elliot said the job of the Marshall police force is to "serve and protect everyone."

"We are a welcoming community that is humbly working to build a bright future for ALL our citizens," Elliot said, "whether they be long-term residents or new arrivals."

Holland has since made his Parler account private following his resignation.

On its homepage, Parler describes itself as a website where people can "speak freely and express yourself openly, without fear of being 'deplatformed' for your views."