Ten people were injured with nine in critical condition and one in serious condition, Baltimore Fire officials said. 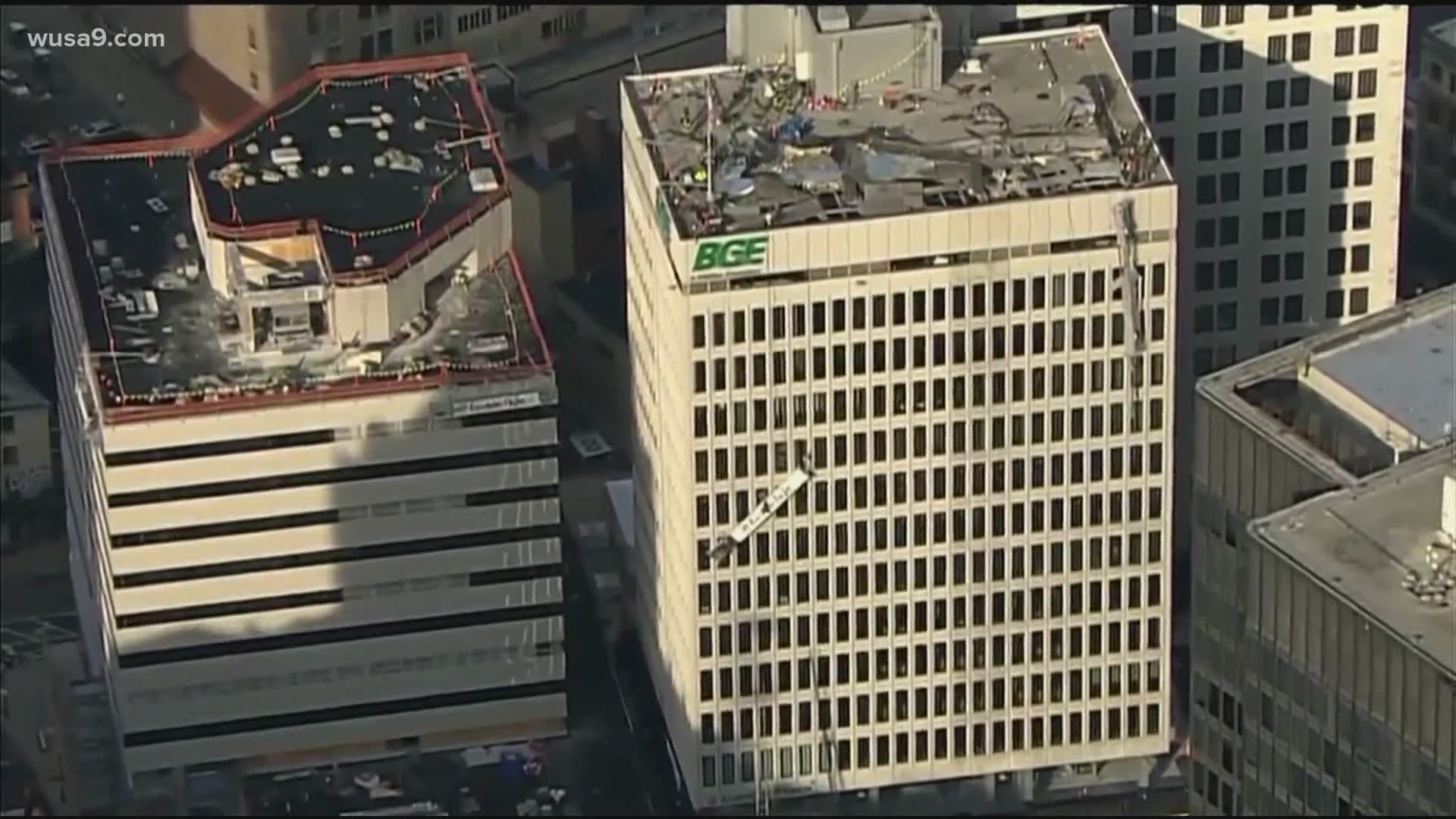 BALTIMORE — Multiple people are injured and two workers were left dangling on a scaffolding after an explosion at the BGE building in Downtown Baltimore Wednesday morning, according to our CBS partner WJZ.

The workers were cleaning windows and were trapped outside the building after Baltimore Fire officials said an explosion was reported at the BGE building located on the 100 block of Fayette Street.

Around 9:30 a.m., fire crews broke a window and rescued and pulled the window cleaners from the scaffolding, WJZ reports.

On the scene of the explosion on the 100 block of Fayette St, where approximately 21 people were rescued and 10 transported to area hospitals for treatment. Cause is still under investigation.

I thank @BaltimoreFire and all of our first responders for their life-saving work. pic.twitter.com/obFOYZjABy

Eyewitnesses told WJZ that they heard a large explosion before they saw the scaffolding fall at the high-rise.

The incident happened on the 16th floor, the Baltimore Firefighters' Union tweeted. There is also a partial roof collapse at the building.

#BREAKING: a rescue is underway to help window cleaners stuck on the side of the BGE building. Multiple eyewitnesses say they heard a large explosion moments before the scaffolding fell...more to come @Wjz pic.twitter.com/l0GMk3ks6O

Some of the building's windows appear to be blown out.

Roads in the area of the building are closed in the area and drivers are being asked to take alternate routes.

There is a report of an explosion with Fire at 110 W Fayette. Motorist are encouraged to avoid this area and use alternate routes in this part of Downtown. @BaltimoreFire is on the scene.

This story is still developing. WUSA9 will provide additional updates as they become available to our newsroom.