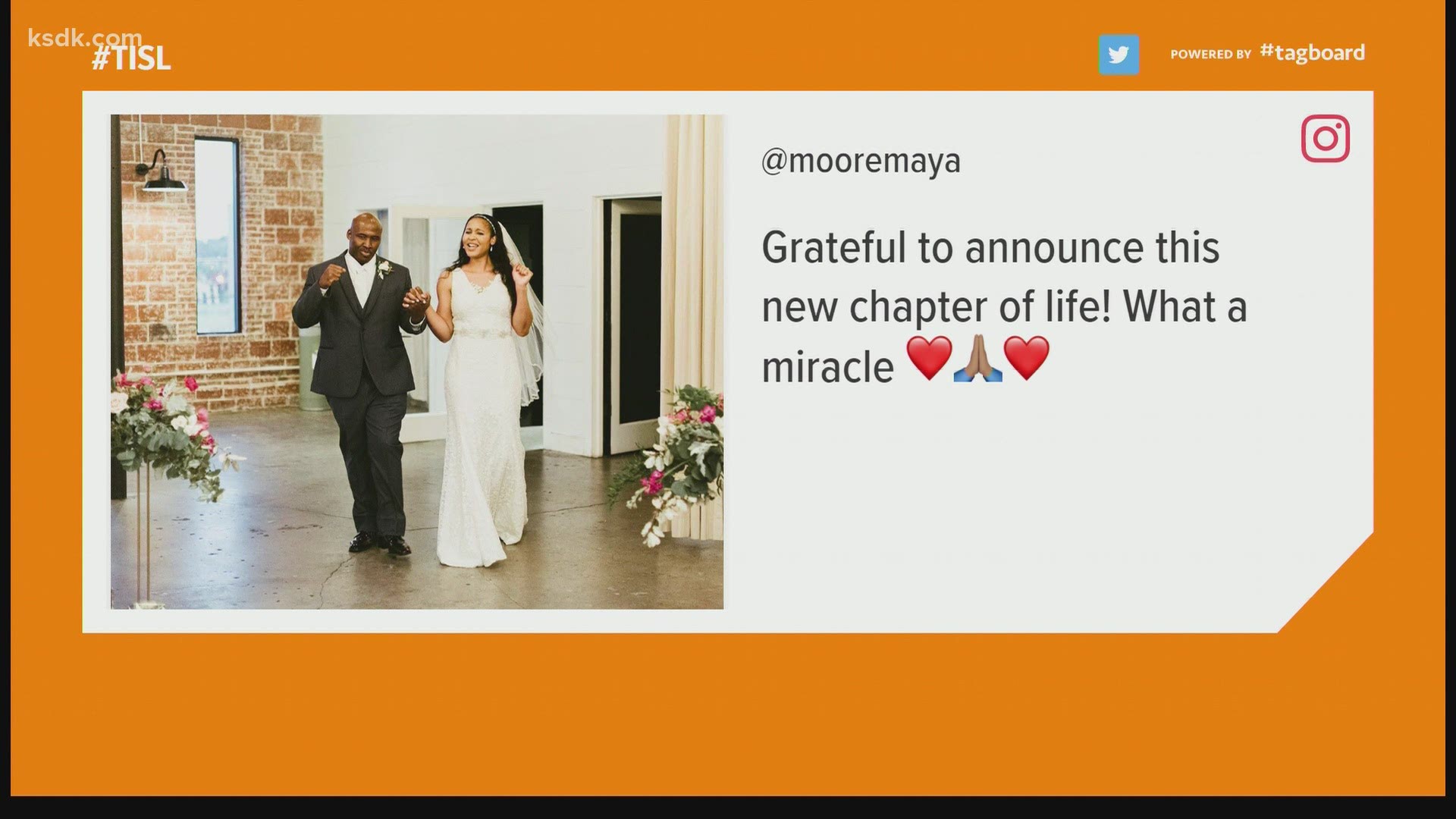 ST. LOUIS — The WNBA star who put her career on hold and successfully fought for a Missouri man’s freedom has taken another step in their journey.

They made the announcement live during an interview with Robin Roberts on Good Morning America.

“There is something else though, another collaboration if you will, that you two are engaged in. So, you wanna share any announcement or anything with us? Maya or Jonathan?” Roberts asked.

“We’ve wanted to announce today that we are super excited to continue the work we’ve been doing together but doing it as a married couple,” Moore said as Irons held up his left hand and showed a ring on his finger.

Moore’s commitment to helping Irons gained national attention when she stepped away from her professional basketball career with the Minnesota Lynx to advocate for Irons. But their story dates back several years.

Moore said family members introduced her to Irons’ story when she was 18 years old and about to be a freshman at UConn. Irons had been in prison for more than 10 years at that point. Over the next 13 years, they developed a friendship and “entered into this huge battle to get him home.”

In March, Cole County Judge Dan Green vacated the sentence. After some legal back-and-forth, one of Irons’ attorneys told 5 On Your Side the St. Charles County prosecuting attorney declined to retry Iron.

Irons was released from the Jefferson City Correctional Center in July. He walked out a free man and Moore was there to greet him.

It was a moment the two of them had been waiting on for years for more than one reason.

“Over time, it was pretty clear what the Lord was doing in our hearts,” Moore told Robin Roberts Wednesday morning.

The pair admitted they had feelings for each other several years ago during a visit in prison. Irons said he asked Moore to marry him at the time, but he didn’t want her to answer until he was free.

After he was released from prison, they found themselves alone in a hotel room after an exhausting day, Irons recalled. He got down on one knee and popped the question again.

One of Irons’ attorneys, Jay Lenox, said the couple tied the knot July 10 – nine days after he walked out of prison.

“I am so happy for Jonathan and Maya,” he said. “They are such wonderful, strong, faith-based people. I just think it’s wonderful."

“I had predicted this," Lenox told 5 On Your Side. "Six months ago, I told my wife, ‘I bet they get married someday,’ because Jonathon is 40 years old and Maya is 31, and they are both such faith-based people. The family is excited and I had no idea it would happen so quick. I’m in shock, but it doesn’t surprise me because I thought they would get married.”

Lenox said Moore did not put in the effort to free Irons because of her feelings for him.

“She did not do this for her own good,” he said. “With her initiative and the Win With Justice, they are teaming up now. I think they’re having the time of their lives.”

The Win With Justice initiative is the couple’s effort to encourage people to get out and vote, especially for local prosecutors.

“They want everybody to get out and vote,” Lenox said.

“We’re excited to just continue this new chapter of life together,” Moore said.

When asked whether Moore plans to return to the WNBA, she said she’ll hopefully have a little more clarity in the spring.

“Right now, I am trying to really just breathe from this long, long battle and enjoy and rest and just being in the moment,” she said. “There’s a lot of unknowns for a lot of us right now, and I’m still in that camp.”